This fiscal year, a new historic low for the US, the Administration of Trump has told Congress that it plans only to accept 15,000 refugees. The refugees have always been a cause of concern for the United States, but this year, when the coronavirus has spread all across the Globe, Trump has decided to cut the numbers extremely low. 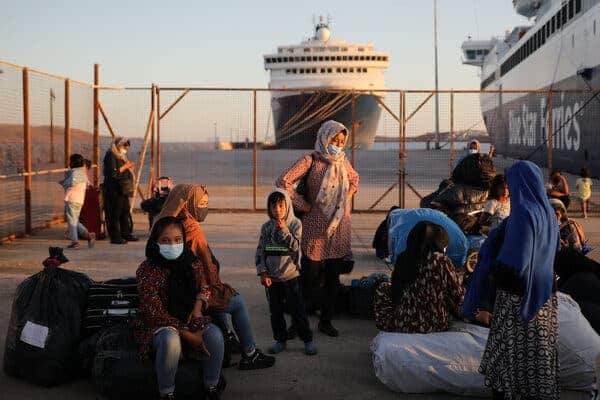 He has said that it has nothing to do with politics, but these refugees come from highly dangerous places. They can eventually lead to the spread of COVID19 like wildfire and will be impossible to control then. After the Trump administration took office in 2017, the annual refugee quota has been cut to deeper levels, deciding how many refugees will reach the United States. President Donald Trump has frequently demonized refugees, mostly Muslim refugees-the latest at a Wednesday night campaign. Humanitarian groups and democratic politicians have criticized the 2021 limit proposed. It seems as they are only opposing the decisions without analyzing the reason behind it. It must not be the case that you get to reject whatever Trump says. He has a point this time. Coronavirus is the primary cause of concern, and it has to be taken seriously. You cannot welcome refugees with open arms without testing.

And testing on such a vast number will not be an easy task. And if even a single one of them comes out to be positive in the camp, then no one can even imagine the results. Trump said that life is getting to a normal position slowly and gradually. You need to keep every step after thinking thrice. A single mistake can lead to a blunder. The State Department has reported in a media note sent on Wednesday, less than one hour before the end of the fiscal year 2020, it has told Congress of the proposed limit, stating that the United States expects to accept more than 300,000 new refugees and claimants of asylum in the fiscal year 2021. Up to 15,000 refugees are admitted through the United States of America. In new asylum applications, it will be people seeking refugee applications and over 290,000, said the State Department.

The plan for the fiscal year 2021 requires three million fewer refugees than in the previous fiscal year. In the fiscal year 2020, the US already has been in the process of accepting the lowest rate of refugees from 1980, when the Coronavirus pandemic struck and led to a break in arrivals until the end of July. The State Department reported that the plan for refugee resettlement for the fiscal year 2021 represents a continued commitment by the Administration to prioritize American security and well-being. The proposed refugee limit was denounced by Dick Durbin and Dianne Feinstein from Illinois and California. America’s leadership position in ensuring protection for refugees in need of refugee relocation has ceased with this cruel decision, said America, in a statement on Thursday. The government’s actions are a shameful traitor to our long-standing two-party tradition of generosity and power and do little but refuse to defend innocent persecution victims who do not pose a danger to our protection and turn to the Americas in defense.

For innocent refugees, President Trump has more challenging words than for dictators, he states. He has always been rude and harsh towards the refugees, but he has a point this time. The fewer number of refugees in the country will prove that you are testing them properly and taking good care of them. A whole huge mass of refugees may lead to the spread of the pandemic, and during the times when life is already suffering, and the economy is sinking, you cannot bring refugees and offer them jobs. The proposed cap is deceiving but not shocking by Eric Schwartz, President of the International Refugee Assistance and former Assistant Secretary of State for Population, Refugee and Migration. He said in a statement that it’s part of a global policy to clamp down on and vilify the people of a refugee.’ Trump attempted to promote fear of refugee displacement at a campaign rally on Wednesday evening in Duluth, Minnesota.

The election of Joe Biden’s proposal to flood your state with a historic refugee flood is also a big problem for Minnesota, Trump said, saying that Biden and Vermont Sen. Bernie Sanders promised a 700 percent rise refugees into the state of Minnesota. A rise of 700 percent is refugees from the world’s worst places like Yemen, Syria, and your favorite country Somalia. Trump, you love Somalia. In his speech, World Relief President Scott Arbeiter claimed that while the White House has made explicit promises to protect Christians who are persecuted abroad, these promises have not been made in compliance with a stable US refugee resettlement policy a life-cycle of protection for persecuted Christians. We saw a decline in some cases, by about 90 percent in some cases, in the last four years in the repatriation of the refugees from countries notorious for persecution, which is contradictory.

Each year, the government places a limit on the number of refugees permitted in the US. The number of admissions has traditionally fluctuated, though generally high, according to world events. According to the Pew Research Center, many refugees arriving in the US from 1990 to 1995 came from the former Soviet Union.The Administration has stepped up to 110,000 in fiscal 2017 amid the Syrian crisis over the last years under Obama’s presidency.The president has said that they will not be accepting a lot of refugees this year and has also given orders for the same. Though this act is being criticized, the officials are also supporting the act and are also ready to lower the number of refugees. They also said that Trump has planned to lower down the count so that the pandemic does not spread, and the citizens are not put at risk just by welcoming the ones who are in need.