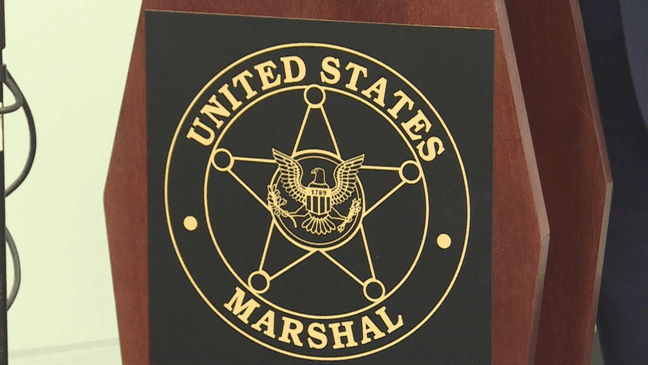 The Ohio law enforcement agencies conducted the month-long investigation that was dubbed “Operation Autumn Hope” in order to crack down on human trafficking activities. This led to the arrests of 179 people, and nearly 45 missing children were recovered in the process.

According to reports from Ohio Attorney General’s office, a total of 109 victims of human trafficking were rescued, and nearly 50 agencies participated in the operation. Peter Tobin, US Marshal for Southern District of Ohio, released a statement in this regard and thanked all the personnel who worked for the operation. He also added that this Operation Autumn Hope made a lot of difference to the lives of rescued children.

Due to the success of this operation, more than 70 cases of missing and exploited children were resolved. Dana Hess, Director of Central Ohio Human Trafficking Task Force, said that such vulnerable members usually slip through the cracks and this operation has highlighted the gravity of the situation. She added that there are many more potential victims, and they need support and care in the long run.

The operation had four priorities that included rescuing of victims of human trafficking and later referring them to social service. The next priority was to recover missing and exploited children and apprehending those people who were seeking to have sex with a minor. The priority also included arresting of men who were seeking to buy sex.

Such operations were conducted in large numbers not only in Ohio but across the nation in recent months. In the month of August, the Operation Safety Net in Ohio was successfully completed, and this resulted in the discovery of 25 children in the age group of 13 to 18 in just a matter of three weeks.

In the same manner, Operation Not Forgotten also helped in recovering 39 children in the age group of 3 to 17 years in Georgia. As many as nine people were arrested in that operation.

In September, Operation Homecoming was successful in rescuing eight missing children in Indiana.

According to the Marshals Service, the USMS has recovered nearly 75% of the cases it has received in the last five years. About 72% of them were resolved within a week after receiving complaints. As per the official data, since 2005, more than 2000 cases of missing children have been resolved by the department.

The authorities have responded to nearly 10700 reports of possible child sex trafficking in the year 2019, and assistance was provided to nearly 29000 cases of missing children.

Talking about the incident, Ohio Attorney General Yost said that the success of Operation autumn hope was not to be measured in the number of arrests but in the number of lives it has saved from the human trafficking racket.

This is a global problem, and most often, the victims of trafficking are not even aware that they are being abused in this manner. According to experts who have worked on such operations, many victims are lured by their partners in the name of love and then dragged into such prostitution rackets. They do not understand the nature of the business and continue to go down deep into the racket. Finally, when they are caught for prostitution, the victims get no support from the traffickers, and they manage to escape.

In this way, victims are also lured with offers of job and money in many cases. Most girls and women who are from vulnerable families become an easy target of such groups, and they get dragged into the prostitution ring. Women often do not understand the legal implications of getting involved in such rings, and they become victims of long term abuse at the hands of traffickers and clients.

Many cases of violence against sex workers go unreported because they are not able to approach the police for help in such circumstances as they are also involved in something illegal. Given this situation, traffickers rule the roost, and they control every aspect of the victims. For most sex workers, the traffickers offer protection from violence, and they handle clients on a regular basis. In this way, the victims cannot escape from the clutches of the traffickers in the long run.

Even when victims are forced or coerced into such works by the traffickers, they often do not open up as they fear social stigma. Most of the girls are not brave enough to face the court trials that can run for a long time and face insults in public. They would rather go back to normal lives if possible, and stay away from any sort of court trials. This is also another reason why traffickers are not punished in such crimes in most cases. Yet another factor that provides traffickers protection is their power and connections in society.

They manage to threaten the victims on many occasions and silence them when it comes to providing proof in court trials. In this way, it becomes difficult for the department to provide justice to the victims in the long run. As long as quick trials are not conducted in such cases, the chances of getting justice reduce as victims are no longer interested in fighting against the traffickers and they are more interested in settling down in life.

This is the same scene across the world, and the traffickers are so organized that they often have international operations. You will be surprised to know that this is a billion-dollar industry, and they are often tied to the drug cartel. Whenever such raids are conducted on missing children and prostitution rackets, drugs have been seized in large quantities. This shows that the victims are also used for drug trafficking in some cases, and they are also victims of drug abuse in many cases.

The authorities have done a good job by arresting the people involved in such rackets. However, they need to work hard to ensure that the victims get proper justice and the traffickers do not get out of jail for lack of witness and proof. If this is done, it can save many girls from evil in future.