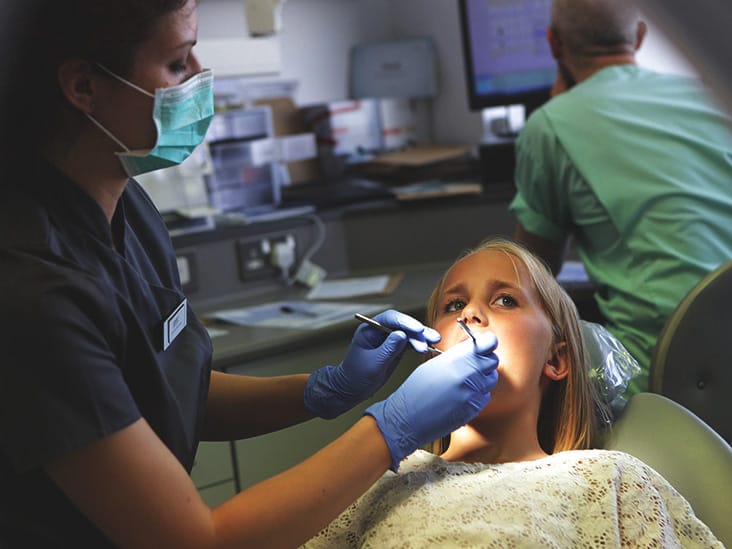 The patients that visit a dentist don’t expect that the dental opioid prescribed by the dentist might keep them at a risk of an opioid overdose. A new study was published in the American Journal of Preventive Medicine states that nearly 27 per cent of teens and adults filled prescriptions for dental opioids like ibuprofen and oxycodone, and nearly 2,700 cases of opioid overdoses were registered within 3 months after the dental works.

The Use Of Opioids May Be Harmful After A Dental Treatment

“Our paper shows that when patients fill dental opioid prescriptions, the risk of opioid overdose increases,” said study lead Dr. Kao-Ping Chua, who is a paediatrician at Michigan Medicine and a health care researcher.

The dentists of the United States wrote nearly 11 million opioid prescriptions in 2016, and the researchers are suggesting that around 1,700 overdoses per year are happening because of the dental opioid. Family members of the patients that got opioid prescription are also at risk of overdose.

This gives a strong reason to avoid opioid when the non-opioid works very effectively in reducing pain. The overdoses which were recorded were around 3 for every 10,000 dental patients. The study was conducted on the basis of the data from 3.5 million dental patients, and the result was that approx. 400 people who were related to the patients had an opioid overdose within the 90 days of the patient’s treatment which could be due to the usage of the pills that were leftover.

“To me, this is the most powerful truth we have unlocked in our ‘big data’ research on dental opioid prescription,” said Romesh Nalliah, who is the senior author of the study and a member of IHPI. Nalliah also added, “When a dentist, like me, prescribes an opioid to a patient, I am putting their entire family at risk of overdose.

Dentists should consider, if the family concerned was yours, would you take that risk?” The study not only states the people who had dental procedures but also the people who were diagnosed with mental illness and substance use were also at a higher risk while using the dental opioid.

The authors, as a part of the Michigan Opioid Prescribing Engagement Network, released guidelines for the dentists and surgeons for reducing the prescriptions of the dental opioid. The Michigan OPEN (Opioid Prescribing Engagement Network) also recommends and encourages dentists and surgeons to prescribe Non-opioids as they are as effective as opioids in terms of relieving pain.

The study states that Non-opioids should be used in case of minor pains, and dental opioids should be avoided as they can put the patient’s life at risk and also of the family members. The findings will help the dentists and surgeons to prescribe opioids to those who really need them and also give a prescription for the treatment of overdose, such as naloxone, which would help in reducing the risk. The dentists and dental surgeons should also check the patient’s medical history before prescribing opioids to them.