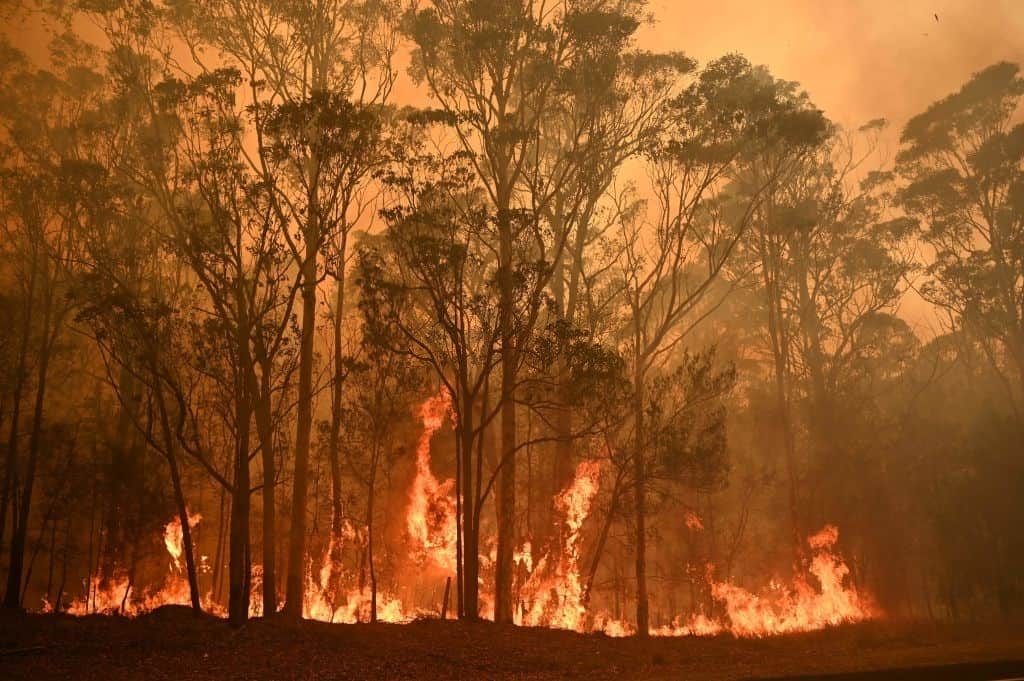 The recent wildfires in Oregon and California have affected thousands of people, and it has done a lot of damage to property in that region. The fire crews have done a good job to contain the raging wildfires. They are now expecting some relief in the next few days if the weather remains conducive.

The entire last week saw wildfires across the region, and it has particularly damaged the West where it has destroyed hundreds of homes. Even though such fires have become common in hot weather seasons, this was particularly special as it even threatened the safe communities by getting very close to such regions. The number of fires blazing in several urban areas created panic and authorities had to evacuate a large number of people to safe zones. Oregon was the worst hit, and it has about ten deaths due to the wildfires. It is estimated that more than a million acres are burnt throughout the state, and two small towns have been completely wiped out. The destruction happened close to the border of California.

Rich Tyler, who has been working in firefighting since more than two decades, said that he had not seen anything bigger than this in all these years. He added that this is a tragedy that has occurred in the entire state of Oregon. This fire has impacted several communities and people at once that was usually not seen with previous wildfires. The damage is so high that devastation can be seen everywhere. Many buildings were burnt completely, and as many as two small towns were completely wiped out in the fires. Visuals of cars burnt completely to piles of ash were common, and many businesses in that region suffered a lot of losses due to the wildfires. The thick smoke that is coming from the fires has forced several people on the entire coast to stay indoors.

Clarissa Carson who has been staying in Southern Oregon for many years says that even though they want some wind to dispel the cloud, they are not wishing for it as this can add to the fires and make it worse. According to official reports, the Slater and Devil fires in the Klamath National Forest in Northern California have contained about 5%. This has caused huge devastation in the region, and as many as 3500 people had to be evacuated due to the fires. Not only that, the fire has burned down the entire forest region, and it is estimated that about 136000 acres have been wiped out due to the fires. However, officials are hoping that things may come under control in the next few days, and they are waiting for the weather conditions to get better. The evacuation order that was given for a town in California has now been reduced to an evacuation warning. The Happy Camp town in California is home to about 1200 people, and the authorities are now hopeful that they will be able to save this town.

According to Adrienne Freeman who works as Interagency Public Information officer, the focus has now shifted towards containing the fire, and this is a much better situation when compared to what they were dealing with a few days ago. The focus was on saving lives and structures in the entire last week, and they are now able to look at containment strategy. The authorities say that this is a good development as they can now take strategic measures and handle the wildfires. The air quality has remained hazardous, and they are expecting to see stable air in the next few days. This will help them to get the containment lines down and also give them more opportunities to work on relief operations. Most of the damage happened due to heavy winds that was instrumental in the spreading of fires throughout the forest.

The Alameda fire in the northern region has ravaged the towns of Talent and Phoenix. These two towns have a population of around 6500 and 4500, respectively. The fire has affected close to 42000 people living in this region, and more than 600 homes and 700 structures have been completely destroyed in the wildfire. The cause of fire in this region is still under investigation and authorities are now battling to contain the fire from spreading into other regions. The area has also suffered from lack of water and power during this crisis. Even though the fire is 70% contained in this region, they are still not able to fix the power and running water connections to the residents, and it may take some more time before they can get such facilities.

Authorities handling the situation say that containing an urban fire is different from other wildfires as this involves mitigating hazards in the area apart from just reducing the flames. They have to deal with venting natural gas lines and deal with debris and unstable structures during the rescue operations. Apart from that, access to power lines will usually go down during those times, adding to the troubles of the authorities. The crews have so far managed to curb 70% of the fire in the region, and the urban search and rescue team have been assessing the structural damage in the area. Many people were allowed to go back to home in safe areas so that they can get valuables before heading for shelter zones.

About 48 firefighters and 12 engines are working on the Alameda fire, and about 24 members of the National Guard are controlling the traffic. Apart from that, around 50 more National Guard members are expected to arrive at the scene on Tuesday. Many people have lost homes in the fire, and they are now at shelter zones. It is a difficult time for them to handle the crisis when they go back home after a few weeks. Most of them are staring at an empty land, and they have to build everything from scratch. Residents say that this feels like a war zone and the community will face housing shortage in the next few months.