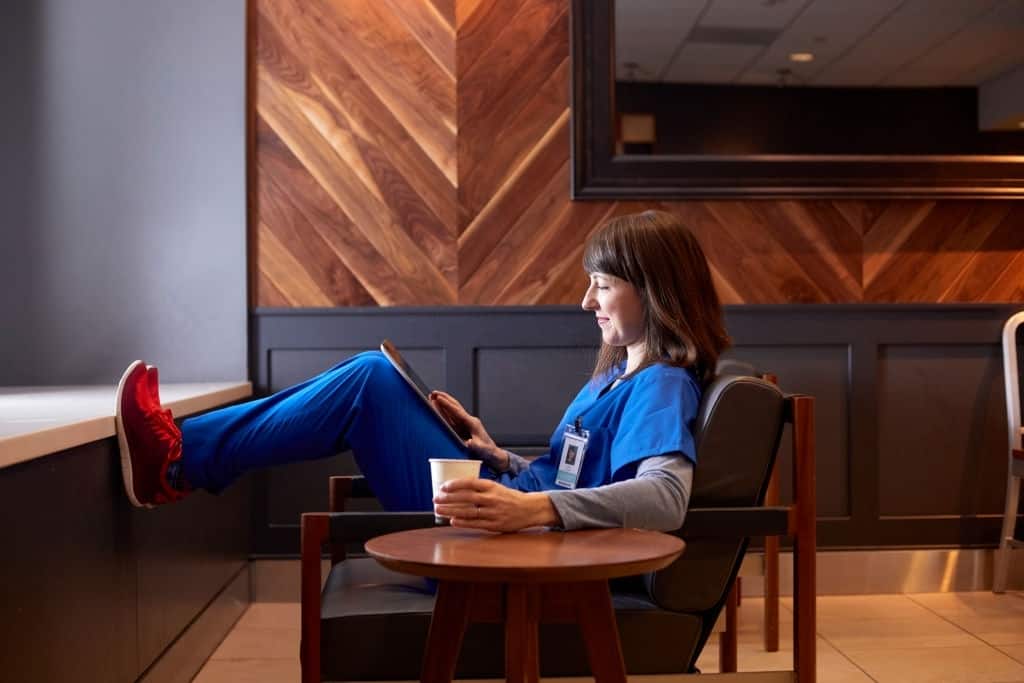 A Tik Tok video posted by an oncology nurse in Oregon has become the center point of controversy in Oregon. She has now been placed on leave as the video that is circulating on social media showed disregard for covid-19 restrictions.

The nurse has been identified as Ashley Grames by the Salem Health Hospital officials. In the video that was uploaded to Tik Tok on Friday, she was not wearing a mask in public outside of work and continued to travel with her children. Even though the original post on her account has been taken down, another video that has a duet recorded by another user is in circulation. The video shows the nurse mocking her co-workers for her lack of covid-19 precautions.

The hospital in Oregon, where the nurse worked, had seen the highest number of employee-related cases since May.  Given this situation, the disregard shown by the nurse with regards to covid-19 precautions has come under severe criticism in the community.

The hospital authorities addressed the public with regards to the video and said it was a huge mistake on the part of the nurse to show such disregard for the seriousness of the pandemic. They also thanked the community members for alerting them about the video.

The hospital authorities also made a point that one careless statement by a nurse does not reflect the position of the organization and the dedicated caregivers who have worked hard during the pandemic. The hospital staff have strict rules with regards to social distancing and wearing facial masks on the premises. Apart from that, regular screening and infectious disease protocols are in place, according to the officials. They also said that they are taking serious note of the situation and promised suitable action at the earliest.

The controversial video got more than 800 comments on the post made by the hospital authorities. Most of them criticized the action of the nurse and asked the authorities to revoke her license. One of the comments has mentioned how the actions of the nurse put the cancer patients at risk during this situation. People were also concerned that due to the carelessness of the nurse, they might lose their loved ones who are getting treatment at the hospitals.

The hospital authorities have initiated an enquiry and sent the nurse on leave. Some people have applauded the response of the hospital and asked the community members to have some patience in this regard.

Health authorities are concerned that such behaviour by some careless front line workers can put the entire community into an embarrassing situation. If such opinions by individual Healthcare workers gain prominence in social media, it can bring down the reputation of the entire community. Many experts believe that the public health authorities should revoke the licence of such frontline workers as the public needs to get confidence about the competitiveness of frontline health workers.

This was irresponsible behaviour on the part of the nurse who worked in the oncology department. If the nurse did not believe in following covid-19 protocols outside of her work, it would not have mattered for the general public. However, her actions were criticized a lot as she was seen not wearing a mask while working in the oncology department.

The region has seen a serious spike in the number of covid-19 cases in the last one month. Even since the beginning of the pandemic, Oregon has always had a higher number of cases when compared to various other regions. In spite of being a hotspot for coronavirus, some of the frontline workers are not serious about the pandemic, and this has become a matter of concern for the public health officials. The general public needs to trust the caregivers completely in this situation, and such irresponsible behaviour by a nurse has cast a shadow on the credibility of the health department.

Health experts believe that the license of the nurse should be revoked at the earliest, and this would send the right message to the common public. In this way, the credibility of the health workers will be restored, and anyone who tries to disregard the covid-19 precautions will understand the seriousness of the situation.