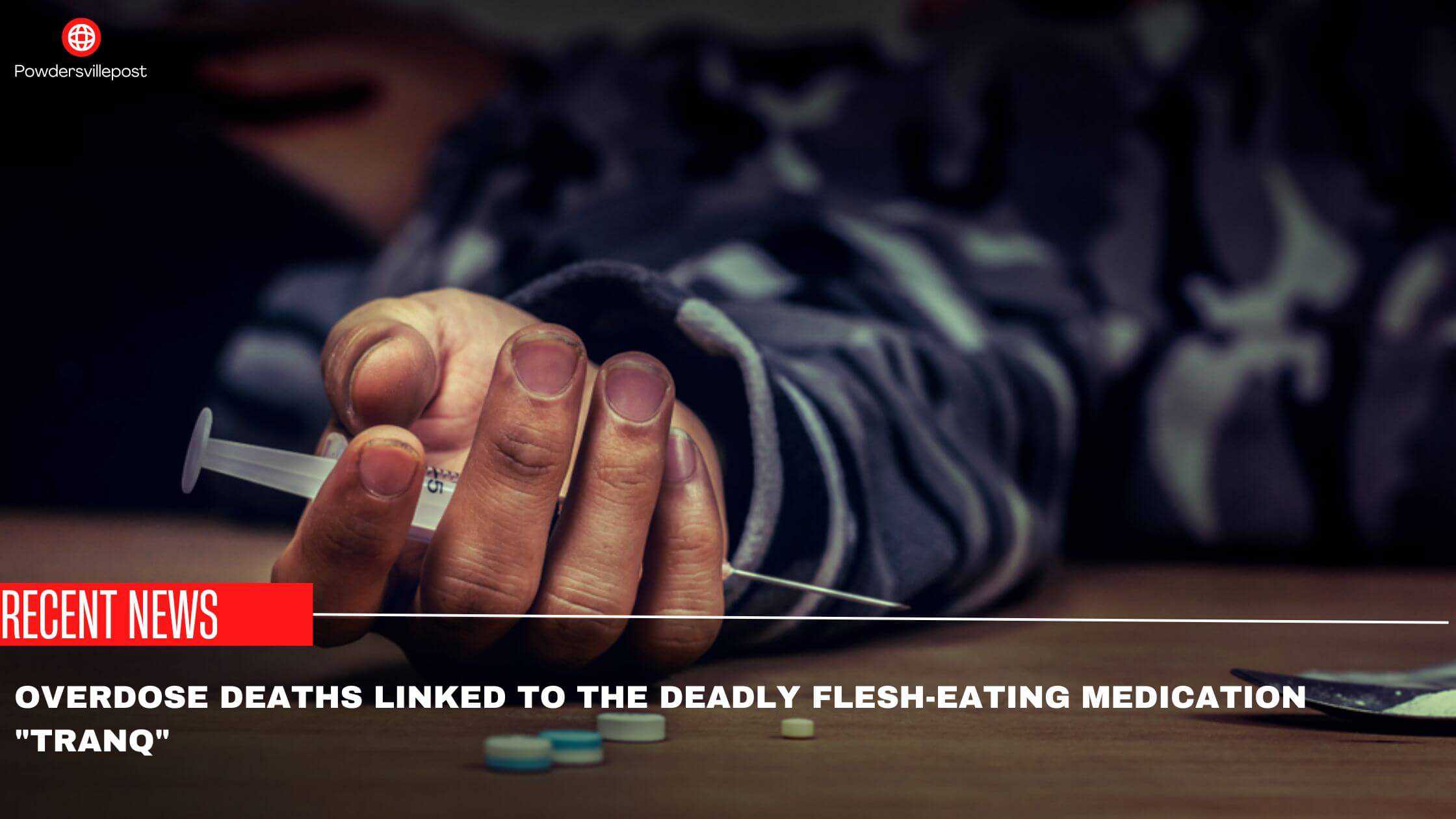 A flesh-eating drug called Xylazine, which is mainly used in animals is found with overdoses of drugs. Xylazine which is otherwise known as ‘Tranq’ is mainly used in large animals like horses, to relax the muscles. This drug is found linked to more than 91 percent of heroin, cocaine, and other dangerous narcotics, thus increasing the number of drug overdoses in the States around New York.

Dr. Varun Vohra who is the Director of Toxicology at the Michigan and Drug Information Center discovered this after conducting a study along with his team. The study found that this drug is present in more than 200 post-mortem reports. Dr. Vohra says that this report is without including data from all the medical experts across the nation. But according to the reports of CDC, the death caused due to the overdose of Xylazine has overgone 107,000.

The Major Impact Of Xylazine On The Human Body

Different surveys found that the drug caused a high feeling in the users due to the presence of heroin in it and the injection points were found with wounds and sores that were never healed but rather spread all over the body which resulted in soft-tissue infections, bone-related diseases, and resulting in the amputation of the fingers, arms, feet, legs, toes, and so on.

It is found that the drug Xylazine or Tranq reduces the speed of the blood flow in the human body, thus putting the user in an unconscious condition. As the blood flow is slowed down, the body’s ability to heal the wounds and soreness lowers and the infections caused by the wound will get spread into the surrounding areas in turn leading it also to infection. The shocking news about the drug is that the narcotic tissues are not formed at the place where the drug is injected but rather it is found anywhere across the human body. And many of the users experienced chronic soreness in the areas where the drug was not injected at all.

Xylazine is restricted to use in human bodies by health experts even though it is not an opioid. But the doctors are often confused when the patients who are overdosed on these drugs come to them, as it is not detected by the tests. And the doctors find it difficult to bring the xylazine-overdosed people to normal conditions as they do in the cases of opioid overdoses.

Sam Brennan, who is a 28-year-old female and a frequent user of this drug, says that Xylazine is eating all her skin. She is telling so because it causes major damage to the skin causing infections and wounds all over the body.

The Graph Of The Users Of Drugs Went High

A study conducted on Drug and Alcohol Dependence found that the percentage of xylazine users who lead to fatal overdoses in 2015 was 0.36% and by 2020 the percentage of which crossed 6.7 which is a very high percentage when compared with other addictions.

While considering the percentage of opioid users and their fatal overdoses, it was 2 percent in the time period between 2010 and 2015 which went high to 31 percent in 2019.

Also, the state is facing a shocking increase in the percentage of victims of skin infections due to unhealed wounds, bone related-diseases, and disfigured people due to the amputations in the fingers, toes, legs, arms, etc, as a result of overdosing the xylazine.

The percentage of skin infections due to the use of this drug is increasing as the users are injecting into the wounds in order to get relief from the soreness caused by the wound because this hazardous drug is a sedative and induces a pain-relieving effect in the users.