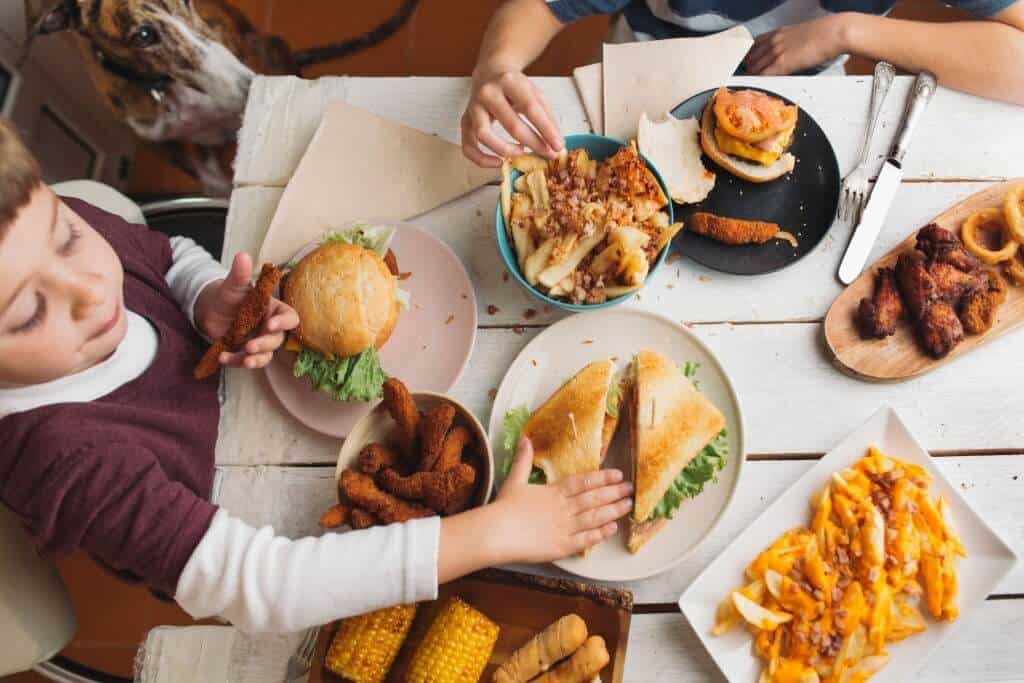 The COVID 19 pandemic brought with it a great many unwelcome changes in our lives. The worst among them is the onset of unhealthy eating habits. The stress of remote learning, working from home and financial constraints have forced numerous families to pause healthy eating for a while.

Parents Complain, Their Children Prefer Fast Food During The Pandemic

In a recent survey, 50% of families said that they ate home-cooked meals for the most part. 20% of the participants, however, said that they preferred fast food during the pandemic.

Over 2000 parents took part in a national poll conducted by the University of Michigan Health C.S. Mott Children’s Hospital. The survey aimed at monitoring the health of children in general. And the participants had one child or more in the age-range of 3-18.

According to the hospital, a family’s lifestyle influences the eating habits of children. And it wanted to see how the pandemic has changed the diets of children in general.

The poll found out that children in low-income families had fast food at least twice a week. They were also concerned that their children are being obese.

There is sufficient evidence to show that consuming fast food regularly leads to overweight. This applies specifically to children. Thus they are the ones who display the signs of such health issues first.

For low-income parents, the stress and struggles of life during the pandemic force them to make compromises, the study said. A majority of them also know that fast food is not good for their children’s health. Cooking meals at home is the more affordable option. And the money spent on fast food is a great loss. But according to them, fast food is great when facing time constraints. Some among them even feel that it is great if they can regulate the intake.

The message these parents are trying to send across is just one. Preparing meals at home consumes time and is complicated. Even with excessive amounts of fat, fast food is the easier option. Furthermore, we love falling into a relaxed lifestyle.

If someone is used to ordering food from fast-food chains, even boiling water may become a daunting job. Preparing even simple vegetable pasta becomes too complicated for them to handle.

The survey also found out that 88% of parents allow children to choose what they prefer while ordering meals. A minority reads the labeling on the package. It also discovered that over 50% of parents prompted their children to go for healthier options. Besides, children whom their parents considered overweight generally had one soft drink along with their meals. This did not apply to those who felt their children maintain the recommended body weight.

A single fast-food meal exceeds the generally recommended amount of sodium, fat, and calorie consumption per day. And it is void of much of the nutrients the body needs.

The consumption of sugary drinks is the worst crime against our bodies. It leads to obesity among children and adults alike. It also causes certain avoidable conditions like tooth decay.

Anything in moderation is adjustable, experts say. But the difficult thing about a fast food meal is that it is not intended for moderation. It is served in large portions. Besides, excessively protein-rich foods are designed to spoil our taste buds.

For a large number of parents, transportation or the absence of a good store nearby prevents them from cooking at home. If that is the issue, they can experiment with low-cost food items. They may also repurpose their ingredients.

Involving children when preparing food is another experiment worth trying. Encourage young adults to prepare meals for the entire family. This consumes time, but you will learn a great many things together.