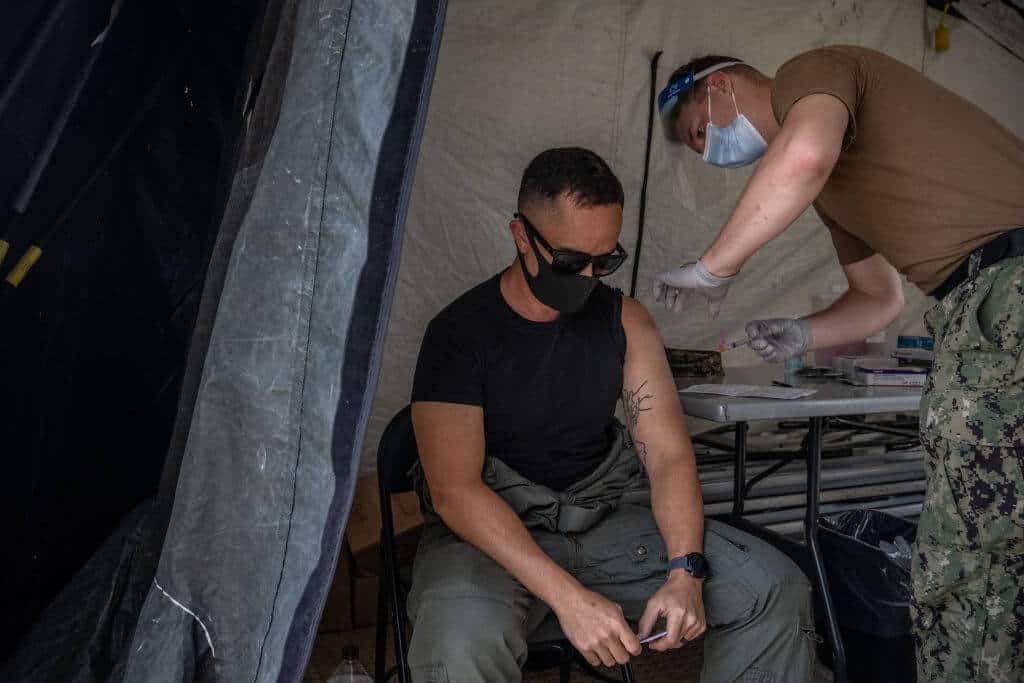 With the FDA’s approval of Pfizer vaccines, Pentagon makes it mandatory for the service members to get vaccinated. Pentagon’s spokesperson, John Kirby revealed that Defense Lloyd Austin had vowed to arrange the shots as soon as the FDA approves the vaccine and is working for the same. He assured about the guidance that has been developed and the timeline of shots will be given in the next few days.

Pentagon Is Set To Vaccinate The Military Service Members

Austin’s decisions are a reflection of the moves taken by different governments and privatized companies all around the world, as the nation finds it difficult to curb the new delta variant which is highly contagious and had resulted in the rise of cases to a height that was not seen since last winter. The number of deaths and hospitalizations are more among the military so much so that over a month, the number of deaths in military members rose from 25-34- accounting for more than a one-third increase.

Austin assured in a meeting that he shall make sure to look for the President’s approval to make the vaccine mandatory before mid-September, or right after the FDA licensure. The Pentagon has confirmed that the military has an adequate number of vaccines to meet the requirements. The shots would be decreed for the active-duty members and the National Guard Troops. There are more than 1.3 million active-duty members and almost 800,000 members in the National Guard Troops.

Kirby said the steps Monday that the government is making an effort to ensure the safety of the service members by making the vaccine compulsory. As the spread of the virus among the military is a major concern, considering their living spaces in the barracks and inside ships, living closely. Any major outbreak of the virus in the military would bring a crisis in America’s defense and security.

Gen. Mark Milley said in a message to the force this month that the medical professionals recommend the vaccine and receiving the shot is the key to keep the military ready for defense action.

Service members of the U.S military are formerly required to get a number of 17 different vaccines, depending on the place they are posted. The vaccines include shots for polio, hepatitis, and regular flu, smallpox- along with receiving temporary or permanent dispensation for medical or administrative factors.

Administrative exemptions are also provided based on reasons such as religious ones. Religious dispensation is provided by the military services according to their policies, which are comparatively rare. Commanders make the decision after consultation with the medical personnel and the chaplain.

Troops are also granted temporary dispensations for about a year if they are severely ill, are pregnant or vaccine supply is not adequate.

The regulations also mention that exemptions can also be reversed if the situation changes or if it is confirmed that “the risk of getting the disease is greater than the risk of vaccine exposure”.

An AP- NORC poll announced Friday, revealed that 56% of American’s are in support of service members getting completely vaccinated against COVID-19 as opposed to the 20% people who were against it.

According to the reports of the Defense Department, as of Aug 18, over 1 million Guard and Reserve service members and active-duty members were fully vaccinated, whereas around 245,000 others had received one shot. More than half of the US is vaccinated with Pfizer Moderna or Johnson & Johnson.

Kirby affirmed that the decision of the pentagon is only for the Pfizer vaccine.

Vaccines by Moderna have been requested for FDA’s approval regarding its vaccines while J&J says it hopes to apply sometime later this year.