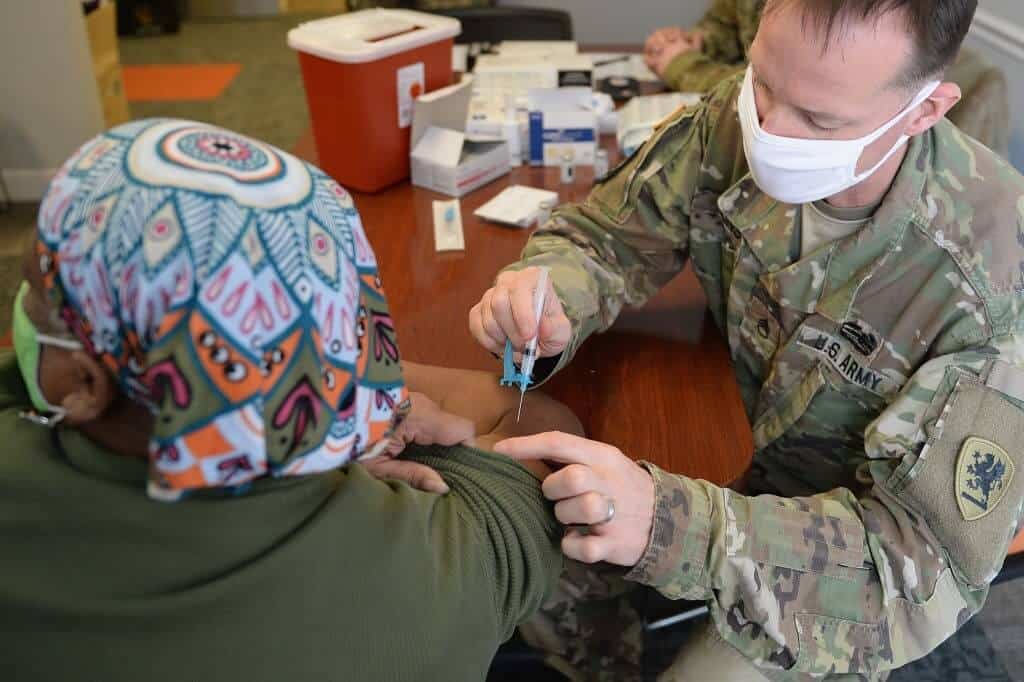 Dr. Priscilla Frase, who is a hospitalist and chief medical information officer at Ozarks Healthcare said that they have had some sort of experience that has changed their mind while the members of their family and friend circles have not accepted that they need to be vaccinated yet.

People In Missouri Are Getting Vaccinated In Secret

She added that they have voluntarily come to a decision that they want to get a vaccine.

She mentioned that they must have done their own research, talked to people, and made the decision to get jabbed, but they did not want to deal with the outbursts from their peers.

In a video that was produced by the hospital, Frase said that a pharmacist at her hospital told her that they have had multiple people arrive in order to get vaccinated while trying to conceal their true identity. Some of them even requested the doctors to not let anybody find out that they were administered with the vaccine.

Frase said that if a patient requests privacy, the hospital will try and accommodate the request. This could be in the form of vaccination at the drive-thru or at their cars.

Frase said that they would do anything possible to get people to a place that they would be willing to accept the vaccine. It is not a large number, but every individual that wants to be vaccinated is a sign that they’re winning.

The doctor’s statements show the amount of drama that the polarization has created. It also shows to what extent vaccine skepticism has turned into vaccine refusal.

Studies conducted on 3 authorized vaccines have revealed that although they are not 100% effective, they provide strong protection against the original strain and illnesses.

The US CDC has said that a vast majority of people that have been hospitalized are unvaccinated.

With 41% of its population fully vaccinated, Missouri ranks the 13th lowest when compared to all US states according to the CDC.

The state is also among those with the highest number of new cases in recent weeks due to a large number of unvaccinated people.

Frase said that the hospital she works at had about 33 patients with Covid and that it is very likely that that number will rise.

She added that the patients are being admitted a lot quicker and in general, they seem a lot younger than what was seen earlier. She attributed this to people requiring a lot of oxygen more quickly.

She acknowledged that a majority of people that have been admitted are not vaccinated and that what’s shocking is that back in winter, it took about 4 months to get to a peak of admitted patients which was around 22. Now, it has taken them only 30 days to exceed that number with 33 patients.

The CoxHealth health system said that it was expecting the capacity of the morgue to be increased in the midst of worsening pandemic conditions.

The President and CEO of CoxHealth, Steve Edwards said that they have brought in a piece of portable technology that allows corpses to be cooled and placed outside the morgue.