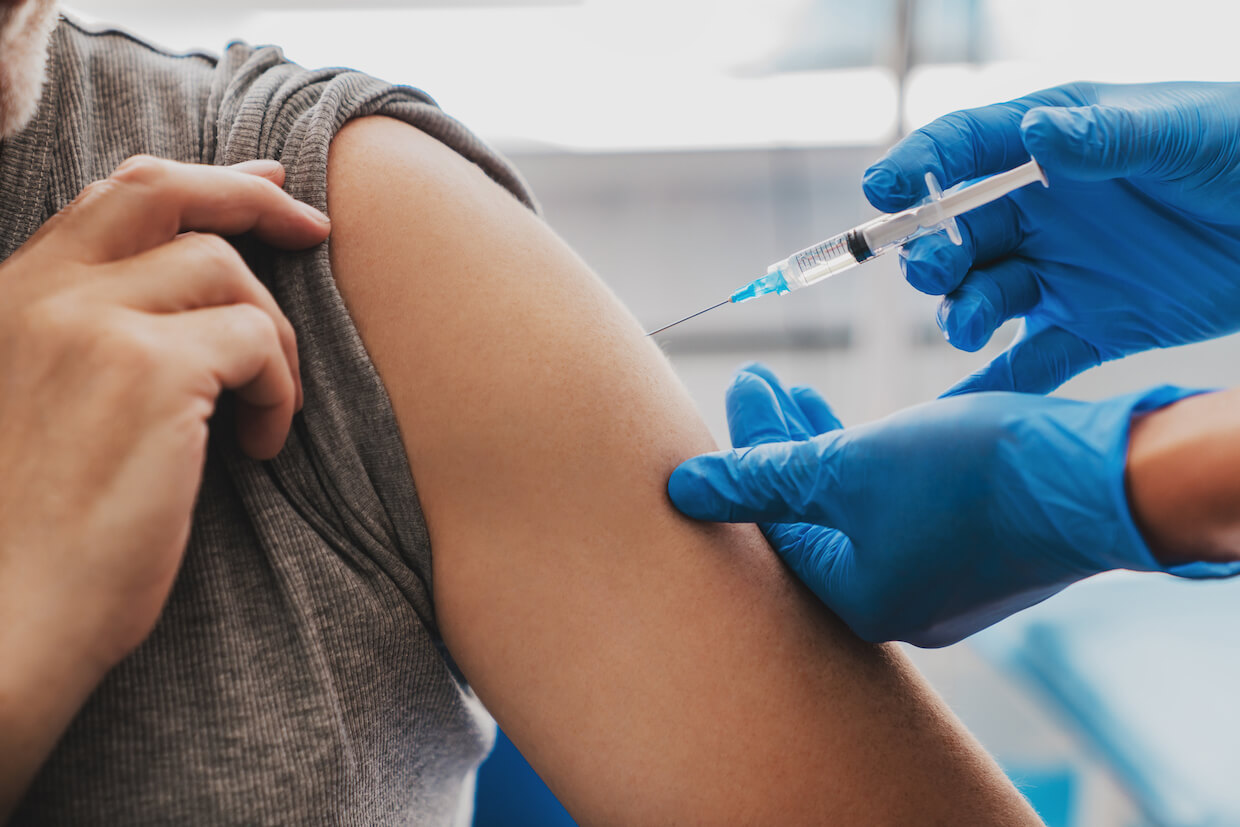 Ted Rall is a writer and a political cartoonist and says he suffers from asthma and has had serious respiratory issues in the past, including pneumonia and swine flu. He even suspects that he contracted COVID-19 during the early pandemic but his tests came out negative.

In February, he crossed state lines to receive his Pfizer vaccine’s two doses. New York City ran out of appointments when his friend informed him about a New Jersey’s federal facility which does not ask for residency requirements.

Even though the Centers for Disease Control and Prevention does not currently recommend booster shots for people, Rall said his third was a lot easier to acquire and it was very convenient.

People Are Taking Booster Vaccination In Their Own Hands

He simply walked into Manhattan’s CVS pharmacy without making any appointments and asked for a COVID-19 shot. He made it look like his first dose. He said he isn’t interested in taking any chances, especially with the ultra-contagious deadly delta virus surging across the US.

Rall told CNN that he wants to stay protected and he thinks that a third dose will become a norm after a month or two. He said that as everyone will do it soon, he believed in doing it before they again ran out of appointments.

Turns out, he could be right about it. Biden-led administration officials have already discussed a possible introduction of a booster dose by September. This decision can be imposed on people with a compromised immune system or those with underlying health conditions. The advisers and experts will meet on Friday to carry out a thorough discussion of the booster doses.

The FDA is set to approve the Pfizer vaccines in some weeks. They are currently authorized for emergency use. A full approval means that people can get a booster dose if need be.

Scripps Research’s professor of molecular medicine, Dr. Eric Topol, said that he predicts a full FDA approval and necessity of booster doses for older and immunocompromised people, and it might create a booster mania in the US.

Ted Rall says that he decided to take a booster dose after he carried out his personal research and also data from the Israeli Health Ministry. This data suggested that the efficacy of the Pfizer vaccine has decreased to just 39%. Although, the company’s data says the efficacy still remains 91.4% against preventing hospitalizations and severity.

Another data by Moderna and Pfizer-BioNTech say that their vaccine’s efficacy wears off over time. But it was added that protection doesn’t end and boosters aren’t yet recommended.

The director of the National Institute of Allergy and Infectious Diseases, Dr. Anthony Fauci, said that there is not limited data on the durability of the vaccines. Fauci said that the bottom line is that everyone is treading carefully and the durability of protection is under observation. He said that if the data find durability under the required threshold, boosters will be recommended for people in general.

The director of the Vaccine Education Center of Pennsylvania’s Children Hospital, Dr. Paul Offit said that he thinks people will cross a line and people will be left dying in hospitals.

An analysis of CDC’s data shows that vaccines are working. More than 99.99% of the fully vaccinated population has not experienced a severe breakthrough infection.

Rall has recently accepted in his writing for the Wall Street Journal that he is not concerned about the possible risks of a booster dose.