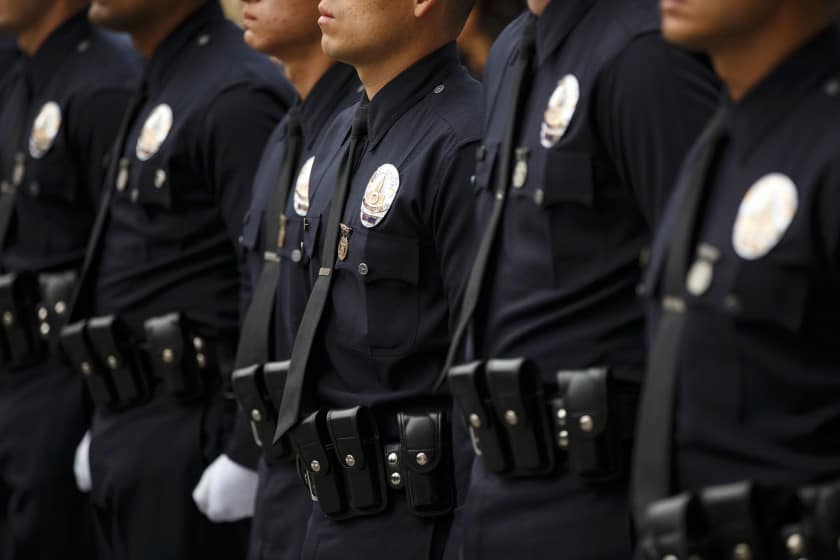 The use of force during encounters has triggered a nationwide debate about the issue, and many people are not happy with the way law enforcement agencies are behaving with the public. However, the police department has used their training as the reason for such behavior. Experts say that the training is outdated and they need to be changed at the earliest to avoid such issues in future.

Several incidents in recent months have brought this issue to the limelight. The noted one among them was the killing of George Floyd in a brutal manner by the police officials. Shortly after that, the shooting of Jacob Blake in Kenosha also triggered a lot of protests. Recently, a boy suffering from autism was shot by the police. Such incidents have sparked large scale protests across the country, and police have even used force on the peaceful protestors on many occasions. Defending their actions during such situations, police officers say that they are just following their training procedure during such encounters. However, experts point out that the training is outdated, and it promotes the mindset of reacting first and then thinking later, which often sounds illogical in most cases. Experts who have studied thousands of such cases in the past few decades say that police officers always defend their actions and never admit to acting illogically during such encounters.

Police scholars who have studied such cases for many decades have an answer for why such encounters with civilians turn violent. Most officers are trained that their lives are constantly under threat, and this makes them behave in such a manner during such encounters. In most cases, there would be no need for using force, but the culture of urgency that is in the police training often forces them to think and act in that manner. Civil rights lawyer David Robinson who has earlier worked as Detroit police officer, says that officers often create life-threatening situations due to their sense of urgency to react to the situation before calmly evaluating the situation. He mentioned a case where a 12-year-old boy was shot by the police in Cleveland. During that incident, the officer shot the boy seconds after arriving at the spot as the boy reached for his waistband.

Robinson said that collecting more information could have saved the boy in that situation, and it appeared that the boy was playing in the park with what appeared like a toy gun. He also said that the police could have handled the situation sitting inside the patrol car and using the megaphone to talk to the boy to understand the situation. Robinson says that police often put themselves in a dangerous situation and then act out of instinct. This pattern has been repeated in many incidents, and they get over-excited to catch the bad guy while their thinking goes out of the window. The DOJ had warned in 1995 about applying pressure on someone’s back while being restrained and lying on the ground can be deadly. As the person finds it difficult to breathe, and he may struggle and move as an instinctive reaction. Officers interpret this as resistance and continue to force the person even more during such situations.

According to Mazzeo, President of the Rochester Police Locust Club Union, officers do not have the ability to go off-script, and they have to stick to the protocol and follow what they are trained to do in such situations. Experts say that there are a number of ways to deal with such situations and police need not use force all the time. It just does not make any sense to be following the training blindly when the real situation does not fit into what is being said in training. In one such recent incident when the officers stopped a car during a search operation for a stolen vehicle, they handcuffed the lady along with her four young daughters and pinned them down to the ground. It was later found that the number plate matched with a stolen vehicle that was a two-wheeler and it was registered in another state. In a short video that went viral about the incident, the young daughters were scared as they were instructed to lie on the ground and police pinned them down to search for weapons and other documents.

Anyone with common sense could have sensed that a mother with four young daughters would not resist the police in any manner as she will fear for the safety of her daughters. In that situation, the police could have asked the young daughters to move aside and question the lady without using force. This would make sense and not just blindly following the police training of pinning down every suspect to the ground during civilian encounters. Following many such complaints about the way police handle suspects with mental disorders, the Salt Lake City police have recently ordered the law enforcement to use de-escalation tactics before using weapons during civilian encounters. The police had shot a young boy with autism when he had a violent outburst. They could have easily handled the boy as he was not having any weapons.

Whenever such cases go to court, the police officers always have an advantage as they can easily put the blame on their training even when their act looks illogical to every other person. In this situation, there is a need to bring in reforms in training, and the police officers have to be very careful, especially when they are handling civilians. They can also be more considerate when they are dealing with women and children as they are less likely to get violent during such encounters. However, things are not looking bright as different states have different laws with regards to police training, and this needs to be changed in the long run. There needs to be a countrywide reform in police training and whether the government can support this is a big question on everyone’s mind.