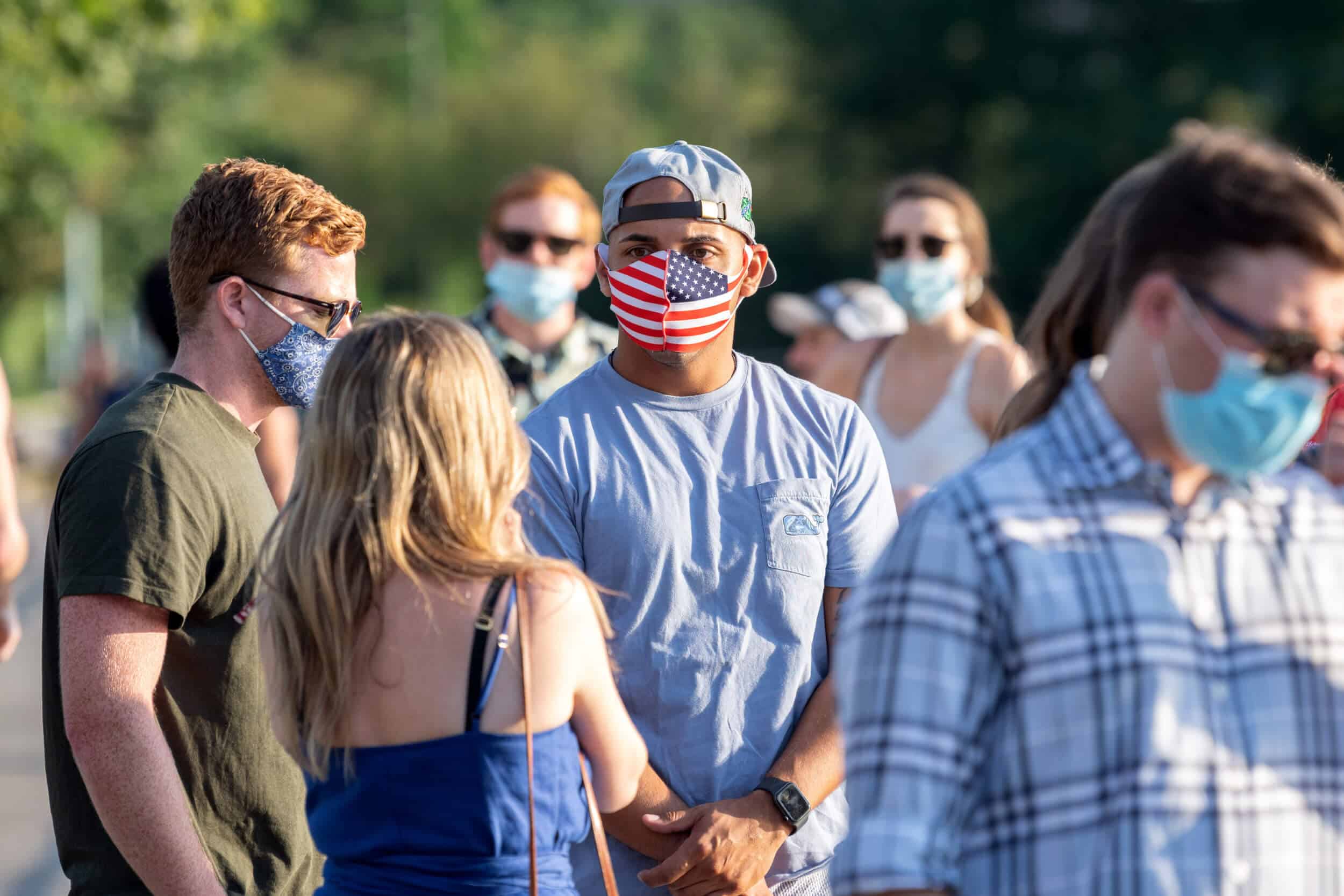 The number of rising Delta cases in the US is causing sleepless nights for Americans. People are worried about the contagiousness of the disease and to what extent they are protected. Mask and vaccination mandates for the US people are necessary according to some while the rest are feeling to be chained down by such rules. The Associated Press (AP) is evaluating the present situation through public polls.

According to the AP, 41% of Americans are extremely or very worried about the present scenario. They are apprehended about the safety of their close associates in the wake of the surging Corona cases. In June the percentage was low at 21% when compared to January’s data counting to 43% when the number of cases soared to the highest.

About 51% go in favor of the mask mandate who wish to visit public places for entertainment like restaurants and bars, 55% of Americans want people coming from outside to wear masks and around 62% favor the guidelines imposed on public servants and workers to wear masks while at work. Another 60% account for the people who support vaccination guidelines for the health workers, health care staff, government employees, and military personals. Findings also suggest that about 60 % of the population wish that people who are traveling by air or necessitate going into crowded public events should wear masks and get both the vaccine shots.

However, 28% of the people do not favor the idea of using masks while going to restaurants or bars, or any public places. About 25% of the people oppose the idea of requiring full vaccination to qualify for traveling places or attending events in crowded conditions. Even though several Americans feel that mask mandates and vaccination approvals are necessary, yet almost half of the American population finds it unnecessary to follow the rules like going out in public without masks or traveling for non-essential needs.

The AP has further divided the results of the poll based on partisan differences. It is opinionating that followers of the Democratic administration are more, about 85%, who are in favor of the need to wear masks and full vaccination for people who need to face the public daily. However, the percentage is a mere 39% for the Republicans. Democrat supporters agree that masks and vaccinations are necessary not only for their own safety but also it can prevent the disease from getting spread. The Republican supporters, however, are not willing to live in terror. Although many have received both shots, they refuse to wear masks or take necessary precautions while partying outside their premises. One Republican voiced his opinion to AP, saying that Covid will surely affect people, but to follow the mandates every time would rob him of the joys of life.

With the surging number of cases, the concern for US people is increasing. The number of hospitalization cases is on the rise. More than 75,000 cases have been recorded last week. The states of Florida, Arkansas, Hawaii, Oregon, Louisiana, and Mississippi are also setting records. The Biden administration has already declared its plans for booster doses come fall.

Nearly 200 million people, about 60% are fully vaccinated to date according to the US CDC and are in favor of following the precautionary mandates. There are however many, according to the AP, who are still hesitating in following required measures for their own safety as well as their fellow citizens.