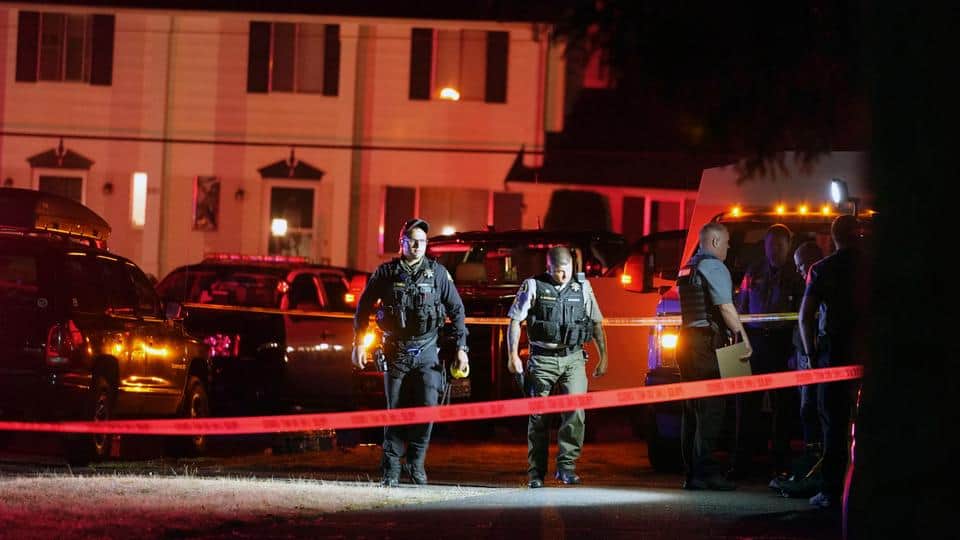 Police have shot dead Michael Reinoehl, the suspect in the fatal shooting of a right-wing activist during the recent Portland protests. During the recent protests in Portland, Reinoehl shot Aaron Danielson, a supporter of the Patriot Prayer Group. He even admitted to shooting Danielson and said that he was acting in self-defense during that incident.

Michael Reinoehl, aged 48, was a self-described Antifa supporter, and he was on the run after the Portland shooting incident. As per police sources, when they tried to arrest him, he got into a confrontation with the police. Hence they had to shoot him as he was armed. Ever since the killing of George Floyd by a police officer in May, several protests have rocked Portland, and many people are coming forward to support the Black Lives Matter movement. During one such protest last Saturday, supporters of Trump held a rally in the city, and they clashed with anti-racism supporters. This led to a lot of violence, and the police had to arrest many people during the riots.

Reinoehl was a regular attendee of many such protests, and on that fateful night, he shot Danielson as he felt that he and his friend were going to be stabbed by Danielson. He said that he had no choice in that situation, and he acted in self-defense. The incident got wide attention in the media, and even Trump had spoken about the killing of Danielson. In his tweet, he had asked the Portland police to act swiftly on the cold-blooded killing of Danielson and arrest the suspect. After the incident, police were looking for Reinoehl as they had an arrest warrant on his name. He was located in Lacey, which is about 120 miles from Portland. Speaking to the media, Thurston County Sheriff’s Lieutenant Ray Brady said that they had no idea what he was doing in Lacey. They placed him under surveillance and spotted him when he left the apartment and got into a vehicle.

In that situation, there was a confrontation as the suspect was armed and shots were fired into the vehicle. Reinoehl fled from the vehicle, and additional shots were fired at that time. About four officers fired at the suspect during the incident. Michael Reinoehl regularly participated in anti-racism demonstrations in Portland, and his job was to protect demonstrators from potential agitators. He was part of the protester’s security team. Going by his social media profile, he was a father of two and had worked in the army earlier, apart from being a professional snowboarder. After the incident, he had spoken to the media. He informed them that he was not surrendering to the police as he believed that the right-wing protesters were collaborating with the police, and there was no security to his life.

He had posted that he was a complete ANTIFA on his Instagram account in June. According to his friends, he was a person who wanted to change at any cost. He had been shot in the arm earlier after intervening in a fight between black people and an armed white man. According to media reports, he had many ongoing cases, and one of them included driving under the influence of controlled substances and reckless driving. He also faced charges of possessing unlawful firearms. He was told to appear in court for the charges of carrying a loaded weapon in public, and he also faced charges for resisting arrest. After the news of the police encounter, hundreds of protesters gathered in the city and shouted slogans against the police.

The clashes between Trump supporters and the BLM protesters is the main reason for all these killings. During the clashes on Saturday, Reinoehl was suspected of fatally shooting Danielson. More than 600 vehicles and 1000 supporters of Trump participated in the rally on that night. When the BLM protesters tried to stop them from entering the city, the supporters of Trump fired pellets and pepper spray at the BLM groups. The city has witnessed a lot of such protests after the killing of George Floyd by a police officer. The far-right groups such as Patriot Prayer and Proud Boys are clashing with left-wing counter-demonstrators leading to such chaos in the city. Kate Brown, Governor of Oregon, along with several Democratic officials, condemned the violence happening in the city and said that there is no place for both vigilantism and white supremacy in Oregon.

George Floyd was killed by the police in full public view when the officer knelt on the neck of Floyd for a long time. This incident sparked protests across the country, and the Black Lives Matter movement began in a big way. This got wide recognition from various other countries, and many people criticized the police for the way they handled black people. The unfortunate thing is that the protests did not remain calm in most places and rioters used the opportunity to vandalize businesses and loot shops across the country. The government had to bring in additional forces to control the situation, and this led to further outrage as the police used excessive force to handle the protesters. Several such incidents have happened after the George Floyd killing that gave a boost to the Black Lives Matter protests.

In Kenosha, a similar incident happened when a police officer shot a black man named Jacob Blake seven times in the back in front of his children. The suspect was unarmed at the time, and this sparked a lot of protests in Kenosha. Even in that situation, clashes happened between BLM protesters and other vigilantes leading to the death of two protesters. In one such unfortunate incident, a 17-year-old boy fired at three protesters that left two of them dead and one was injured. All these incidents are likely to have an impact on police reforms, and many activists are expecting some changes to happen after the presidential elections in November. Till then, America has to get along with such protests.