On Thursday President Donald Trump unleashed another strident attack on Joe Biden over religion by saying that his Democratic opponent, a devout Catholic, is “against God” and even religion itself – comments Biden denounced as “shameful.” at a brief airport rally in Cleveland as he visited Ohio for an economic speech Trump told the supporters that “No religion, no anything,” “Hurt the Bible, hurt God. He’s against God, he’s against guns, he’s against energy, our kind of energy.”

When Biden talked about how his Catholic faith helped him survive the death of his first wife and their daughter in a 1972 car crash, he described Trump as a hypocrite making a cynical appeal to religious conservatives. And one of the Democratic candidates said “For President Trump to attack my faith is shameful,” “It’s beneath the office he holds and it’s beneath the dignity the American people so rightly expect and deserve from their leaders.” 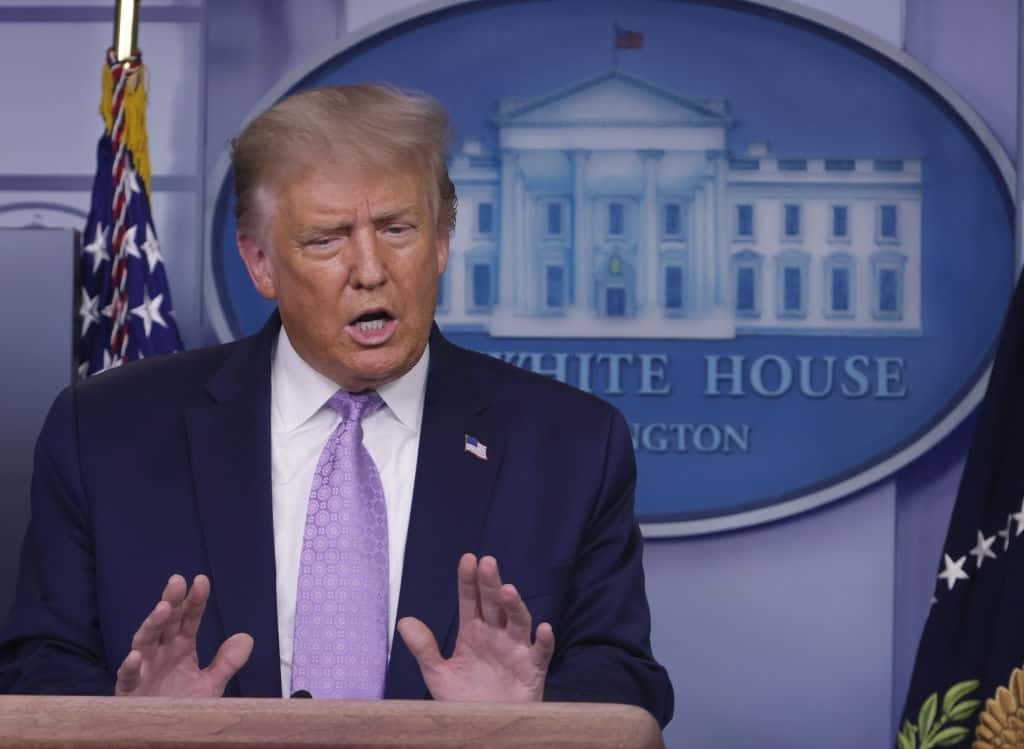 Biden also mentioned Trump’s comments “reveal more about him than they do about anyone else. They show us a man willing to stoop to any low for political gain, and someone whose actions are completely at odds with the values and teachings that he professes to believe in.” And he also noted that Trump backed his aides’ decision to forcibly clear a park of protesters so that the president could walk to a church near the White House for a photo-op holding a Bible.  “My faith teaches me to walk humbly, while President Trump teargassed peaceful protesters so he could walk over to a church for a photo op,” Biden said.

Mariann Budde, the bishop of the Episcopal Diocese of Washington said she was “outraged” by Trump’s photo-op, adding that the president “used sacred symbols to cloak himself in the mantle of spiritual authority, while espousing positions antithetical to the Bible that he held in his hands.”  And she also mentioned in a statement that last year Biden penned an op-ed for Religion News Service about how his Catholic faith taught him to stand up to the abuse of power “as well as core concepts of decency, fair play, and virtue.”

According to the reports, Trump trails Biden in pre-election polls in Ohio and other swing states have made appeals to religious conservatives by trying to link Biden to a “radical left agenda” that allegedly targets gun ownership, oil production, and religion. And he has attacked Biden and the Democrats over faith on several occasions, telling supporters at a Pennsylvania tele-rally recently: “Essentially, they’re against God if you look at what they’re doing with religion.”

Also, Bates noted that the Trump campaign this week also distorted photo of Biden praying in a church in order “to demean him,” calling it “one of the starkest expressions of weakness throughout this whole campaign.” Doug Heye, a former Republican Party communications director who opposes the president said Trump’s comments about Biden and God are just as likely to turn off moderate and independent voters. “It’s an over-the-top attack that only appeals to a slice of the base,” he said.