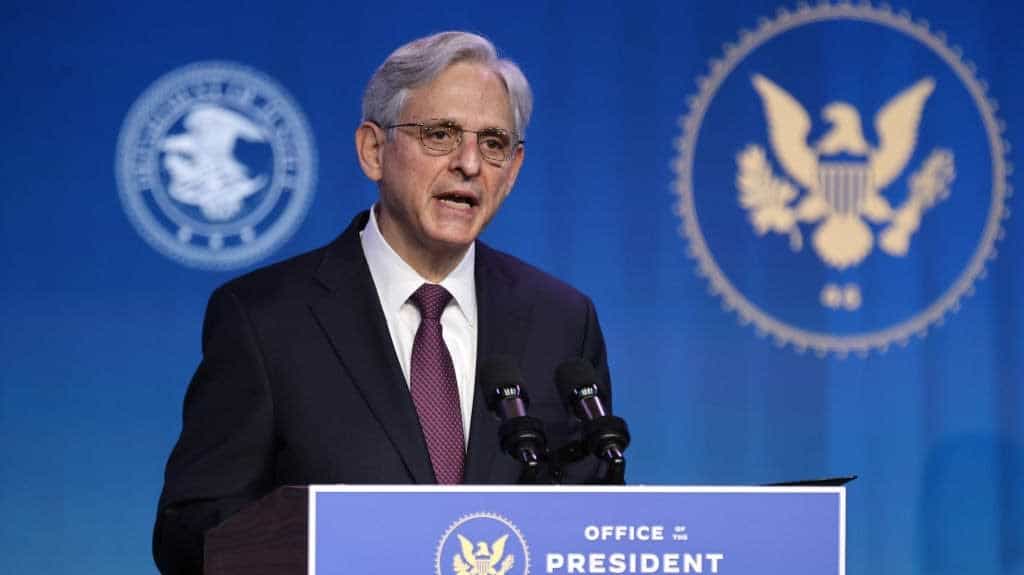 President of the US, Joe Biden, has nominated Merrick Garland for the attorney general’s post. He will have to appear for confirmation of his hearing which will be a vow to combat attacks by extremists, giving priority to civil rights and making sure that the Judiciary remains independent from political control.

Garland was a judge in a court of federal appeals. Republicans snubbed him when he wanted a seat in 2016 on the Supreme Court. On Monday, he is expected to appear before the Committee of Senate Judiciary. With the help of bipartisan support, he is likely to sail through the process of his confirmation.

Garland’s nomination is getting public support on the political aisle from both sides. More than 150 former officials from the Justice Department have extended their support to him.

These officials include many ex-attorneys generals like Michael Mukasey, Loretta Lynch, and Alberto Gonzales. Besides 61 former judges of the federal court and two sons of  Edward Levi, former Attorney Generals have also given their support in writing to Congress.

The committee’s chairman, Sen. Dick Durbin, D-Ill., has remarked that it has been very rare that the post of Attorney General and its possible occupant has created such buzz.

Garland has remarked that he intends to focus on policy prioritization and civil rights to combat discrimination based on race — he says equality in justice is still lacking in America and doing away with domestic terrorism and extremist violence.

He is of the view that his actions would definitely restore the judicial department’s political independence after a long period of turmoil and decisions full of controversy.

People are discriminated against on the basis of color and. This discrimination is easily visible in the education, housing, employment sector and criminal justice system.

Garland also has plans to highlight prosecution work of the judiciary department on pro-Trump rioters who created havoc in the U.S. Capitol as Congress was in the process of voting for the purpose of certifying Biden’s victory on Jan. 6.

Biden is of the opinion that this was a heinous attack on U.S. democracy, and the culprits should be brought to books. He himself plans to supervise the prosecution of such culprits who were blocking the peaceful transfer of power to the newly elected party.

With a view to restore Judiciary’s independence from political interference, Biden has chosen a powerful person from Judiciary itself who has dealt with cases on terrorism and has proved to be quite efficient and competent while discharging his duties as a judge.

During the 4 year tenure of the former president, Donald Trump had insisted the attorney general’s loyalty must be with the president. This battered the position leading to a bad reputation of the department.

President Barack Obama also wanted to appoint Garland, but his high court nomination was disregarded due to the senate of the Republicans, which refused to hold this hearing.

Garland will be inheriting the Justice department, which has already endured a bad time under the former president. It was full of controversial decisions and political drama from various democrats. This was sad to happen with the nation’s top law enforcement due to its politicizing.

The priorities and messages of the department are expected to be shifting dramatically under the Biden administration. The focus of criminal justice overhauls, civil rights issues, and the making of policies in the wake of nationwide protests that were done over the Americans’ unfortunate death.