On Monday  President Donald Trump was abruptly removed from the briefing room during a press conference with reporters because of a shooting about a block away from the White House.  His  Secret Service came to his side and escorted him off the podium when he was in the middle of his opening statement. After the few moments returned to the room and reported that there had been a shooting outside the White House. He said “It was law enforcement shot, someone, it seems to be the suspect. And the suspect is now on the way to the hospital.”

His  Secret Service reported that he has suspected the shot outside the fence, near the White House. Washington DC officials had reported that that first responder took a man with a gunshot wound to an area hospital. The person was in serious, if not critical, condition. One of its officers was also transported to a hospital, The U.S. Secret Service said. Trump mentioned in a statement that “You were surprised, I was surprised also,” “It might not have had anything to do with me,” Trump said. “It might have been something else.” And he also said that he was taken to the Oval Office during the incident, and he wasn’t aware of the reason for the shooting, which took place on 17th Street and Pennsylvania Avenue. According to a pool report, the briefing room was placed on lockdown immediately after the president exited. 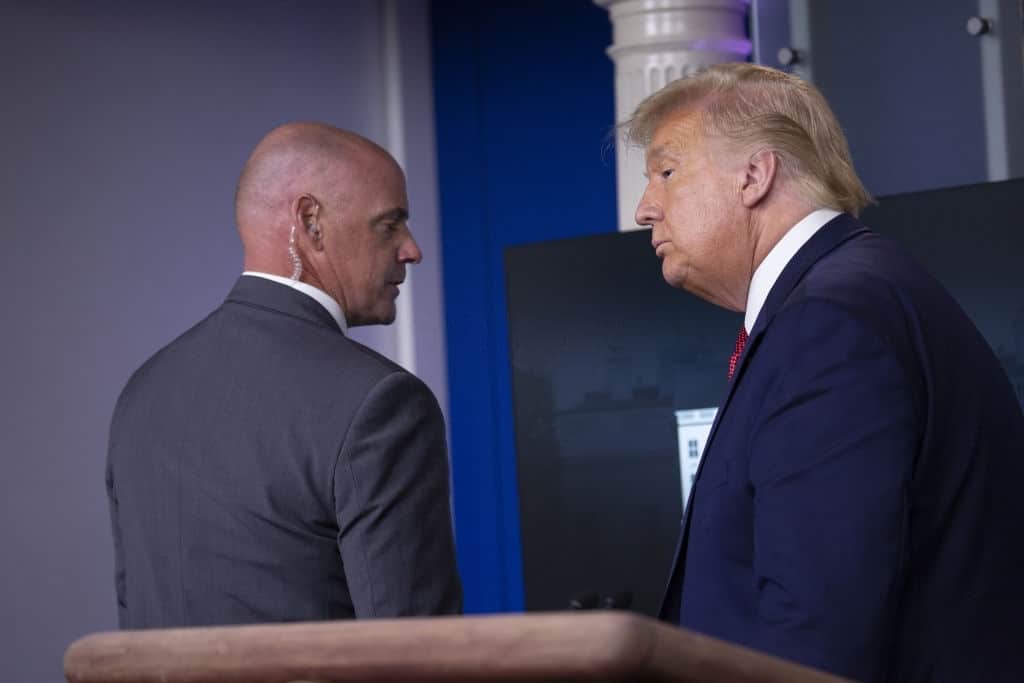 Lockdowns at the white house are common can happen for nearby shooters, breaches of the White House perimeter and even bags abandoned nearby. But yesterday’s incident was rare during lockdowns to occur when the president is on stage and extremely rare for the president to be removed by Secret Service in the middle of remarks.  It was in May, the last high-profile lockdown because of protesters outside the White House, demonstrating over the death of George Floyd. According to two sources with knowledge of the situation who was not authorized to speak publicly about it. Law enforcement officials were still trying to determine the suspect’s motive.

The reporters inside the white house have thought that the building was on lockdown shortly after the shooting. At the same time, PresidentTrump professed little to worry about his own safety. And he said that The world has always been a dangerous place,” “That’s not something that’s unique.” After a minute later he returned to the briefing room and, after taking questions on the shooting, the president then resumed talking to reporters on the state of the economy. He praised the work of Secret Service personnel for their work in keeping him safe. Asked if he was shaken by the incident, Mr. Trump asked reporters, “I don’t know. Do I seem rattled?”

Ande he also mentioned that “So I was telling you that the Dow Jones and the S&P 500 is now 50% above the March level.”  Dan Bongino, a Republican commentator and former Secret Service agent tweeted “Spent twelve years in the Secret Service and I’ve never seen that before.”