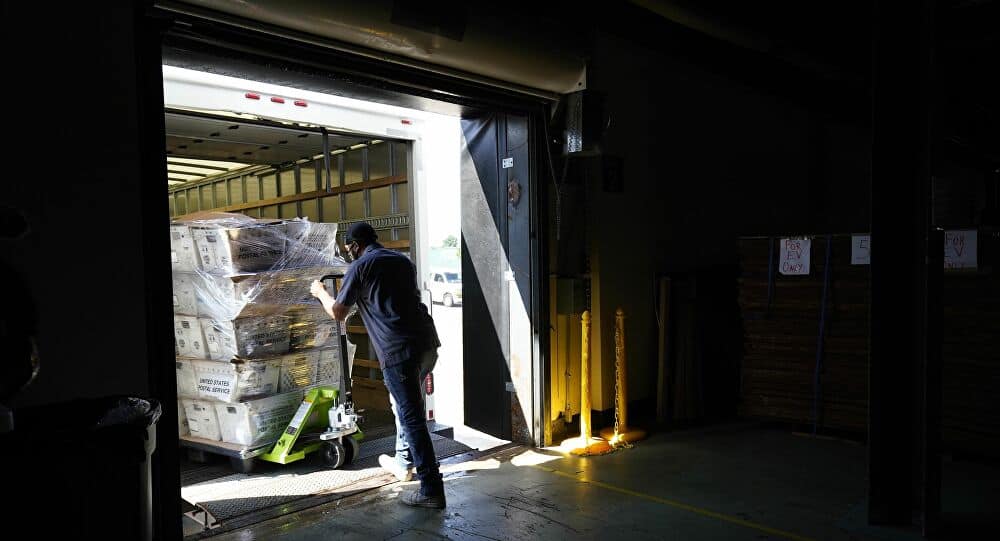 The presidential election process has started in some states as Americans prepare to vote for the elections. North Carolina started sending ballots to the voters, and it is expected to arrive over the next few weeks. Many people had requested them as they did not want to attend the polling booth for voting in the election. Voters can return the ballots as soon as they arrive, and it will be counted together along with the rest of the votes.

However, the campaigning is still going on, and there are as many as four debates to go before the country goes into election day. It would be interesting to see if Donald Trump gets a second term or he will have to step aside for Joe Biden. Many factors are gaining prominence during this election. The corona virus pandemic is likely to have a huge impact on the election as the entire nation is affected by this problem. While more than 6 million people have got infected in the US, nearly 186000 deaths are recorded across the country due to this pandemic. Not only the US, but the entire world is also severely affected due to this pandemic; and there are more than 26 million cases across the globe, and nearly 864000 people have died due to this pandemic.

When the pandemic was officially declared as a huge problem and lockdown imposed across the country, many Democrats had not even filed for the nomination, and this has affected their campaigns. In the same way, the regular campaigns gave way to online and televised debates, and the excitement is missing on the streets during this election. As many people may not be willing to step out of the home due to fear of infection, mail-in voting will be in great demand. All voters will have this option, and they can send their votes by mail. The absentee voting was expanded due to safety reasons as the pandemic is still not under control in many parts of the country. In most states, voters have to request ballots, and it will be sent to them through the mail. On the other hand, about 9 states plan to mail ballots to all voters even when they have not requested them.

Trump does not seem to be in favor of mail-in voting as he has always criticized such methods and tried to make a political issue out of this system. He has openly said that this can lead to increased voter fraud, and external forces may try to hamper the electoral process in the US. He even suggested delaying the election in many instances and also declared it rigged as it can lead to widespread fraud. Trump had even suggested to supporters in North Carolina that they should vote both through the mail and also in-person to test if the system is good enough as it is advertised. However, the state’s Board of Elections said in a statement that it is illegal to vote twice in an election.

Even Democrats have their own concerns with regards to the mail-in votes as they fear that it may take a long time to count the votes in this manner. Apart from that, if Trump gets an initial lead with in-person votes, he may cast doubts on the validity of mail ballots and trigger legal battles after the election. In some states like Indiana, Mississippi, South Carolina, Louisiana, Tennessee, and Texas, voting through the mail will not be available for all voters, and only people above the age of 65 or disabled qualify for such votes. Apart from that, military members or people who are out of town on election day can also get the opportunity to vote through the mail.

North Carolina has already started sending ballot votes, and it is likely to reach voters in the next few weeks. Georgia is scheduled to send ballots through mail to voters on the 15th of September. Minnesota voters can also start sending ballot votes from September 18. Michigan is all set to set absentee ballots to voters by September 24. There are as many as 4 key debates that voters will watch out for before the upcoming elections. The three debates will be held between Trump and Biden, and another vice presidential debate will be held between Pence and Kamala Harris.

Unlike the previous election, the debates will be moderated by a single individual. The debates are scheduled for September 29, October 7, October 15, and October 22. As the traditional campaigns are not happening due to the ongoing corona virus pandemic, candidates are looking forward to making the most out of these debates. The recent economic turmoil is also an important factor for many Americans, and candidates will address this issue during the debates. It is interesting to note that more than 833000 people across the US requested unemployment assistance in the previous week as many people are left jobless during this crisis. The $600 federal jobless aid has expired, and this has left many people in bad shape.

The government is also not in a position to provide another stimulus package as the lawmakers could not reach an agreement in this regard. Considering the situation, experts believe that a stimulus package may now come only after elections. Even if there is one before the elections, it may not be enough for people to handle the crisis. When it comes to election polls, it is interesting to note that Biden is leading Trump with a 50-43 chance, and it has narrowed since June. In recent months, the ongoing protests to support the Black Lives Matter movement are also becoming an important factor for many people. While Trump has labeled it as a law and order problem, Biden has criticized Trump for supporting police atrocity. There are many protests against such issues, and in many states, supporters of Trump have clashed with protesters leading to a lot of violence on the street. Considering all these issues, it would be interesting to see the outcome of the elections in November.