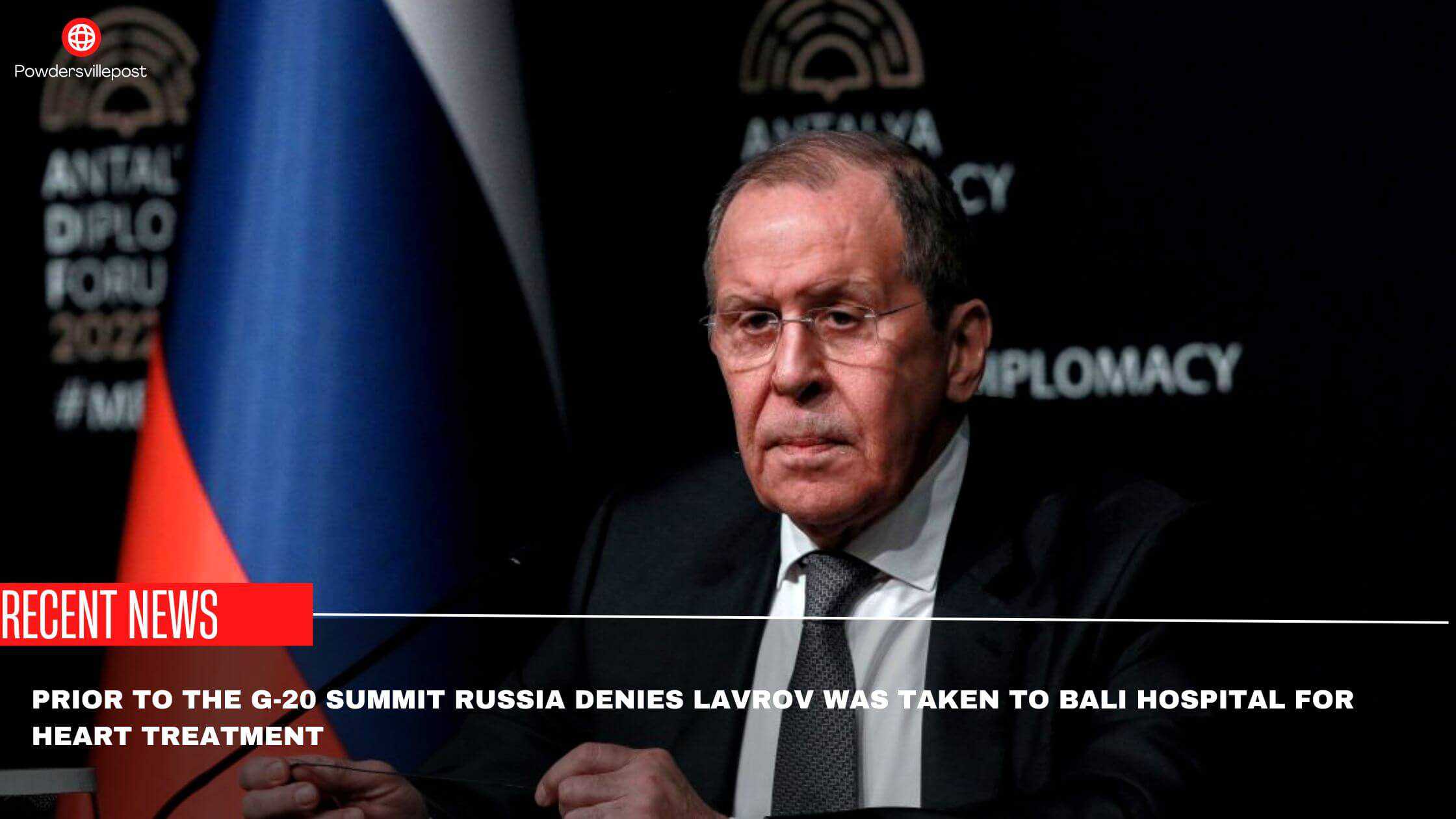 The news has, however, been confirmed by the medical departments and authorities of Indonesia.

According to them, the Foreign Minister was immediately taken to be Hospital just after his landing.

It has been disclosed that he is a heart patient. According to the Government of Russia, the Foreign Minister is in good health.

But the authorities from Indonesia do not consider this to be the truth. After visiting the Hospital, his health improved, but when he was taken to the Hospital, he was in a very bad state of health.

All of these claims have been repeatedly denied by Russia. According to them these are only rumors and do not have any tangent of truth in them.

Russia states that statements like this were also posted for Putin 10 years back, and all of them proved false because the intention behind this statement was to create political instability.

What Is The Status Now?

The Minister visited Indonesia in light of the upcoming G20 Summit scheduled to be held on Thursday. There have been videos posted on the Internet, according to which it can be easily seen that he is being taken to the Hospital just after the landing.

The local medical staff also confirmed that the delegate of Russia for the G20 Summit started feeling uneasy, which is why he had to be taken to the Hospital immediately.

As per the current status, he is doing fine, and it is expected that he will be attending the G20 Summit. The most important purpose for him to attend this meeting is to put forward the demands of Russia to get access to unrestricted Exports of fertilizers to different countries.

Russia also demands the right to increase gas supply from countries like Turkey. Putin must have been present here, but this foreign Minister is there to compensate for his presence because he is indulging in some more important work. It is expected that the Summit will begin on time and will be able to conclude on a positive note.

The Foreign Minister has already agreed to attend the conference and submitted a list of demands. It is expected that the meeting will take place as per this schedule, and some positive effects in favor of Russia will be delivered toward the end of the meeting.

Why Does Russia Deny Such Claims?

The most important reason Russia is not at all accepting the Minister’s hospitalization is to avoid confusion with respect to the attendance of the Minister at the Summit.

Russia cannot afford its absence from the meeting, and if the members of the meeting come to know about the hospitalization, they might not allow the Russian delegate to attend the meeting. This is something that Russia cannot tolerate, which is why it has kept all the factors confidential.

🔵Russia Accused The U.S Of Fomenting War By Protecting Ukraine

It can be concluded that foreign relationships are not very easy to manage, and it is only with the help of diplomacy that the interest of every country is promoted at the cost of others.

It is helpful to get yourself to a given level. But all the policies must be believed only in good faith so that a better result could be delivered towards the end.