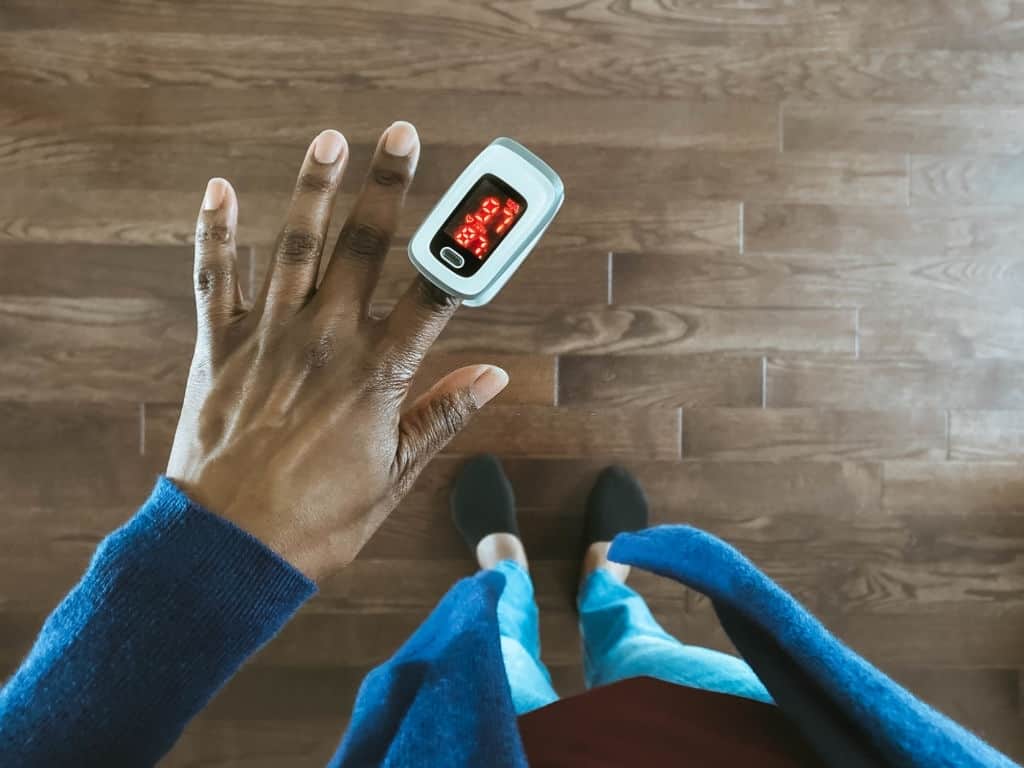 In a surprising study, it was found that pulse oximeters that are commonly used to measure blood oxygen give more errors when used on black patients. This has surprised many people in the health industry, and they are trying to figure out the reasons for these misleading results.

According to the study, the devices provided misleading results in more than 10% of the cases when used on black patients. The medical community relies heavily on various devices to get accurate information about the health parameters of the patient. Among them, measuring the blood oxygen level is crucial to monitor the covid-19 patients, and doctors are worried about getting misleading data from such devices.

Soon after the pandemic began in March, pulse oximeters became one of the most widely sold items across the world. Using the small device that can be clipped to the fingers, anybody can measure the blood oxygen level without any training. For this reason, the device became very popular as consumers brought them home to measure the oxygen levels. The device is also relatively inexpensive and provides accurate data.

The report has raised a lot of concerns among the medical community as they completely rely on such devices to monitor the blood oxygen level in covid-19 patients. The pandemic has disproportionately affected people of color across the US, and this new report about devices providing misleading results in black patients has added to the concerns of the hospitals.

The amount of light absorbed by the device will help the device to calculate the amount of oxygen in the blood. This may be the reason for misleading results in some black patients due to the light being absorbed by darker skin pigments.

As dark color pigment scatters light around, the signal received by the device reduces, and this may be the reason for inaccurate results in some cases. Not only that, but experts also say that those having dark nail polish and cold fingers may also get inaccurate results as in keravita.

Doctors say that even though they have many devices to monitor the health of patients, the pulse oximeter is the critical device when it comes to monitoring the health of covid patients. In this situation, they rely badly on that data, and suitable oxygen is adjusted to the patient depending on the readings of the device.

In normal circumstances, an oxygen level below 95 percent is considered abnormal, and the small difference between 92 to 96 can be a big deciding factor for doctors to treat the patients as critically ill. In this situation, they are worried that other methods have to go in parallel with the oximeter so that the patients can be treated effectively during an emergency situation.

When doctors have so many problems in analyzing the data, the common public should not rely on the data completely when they use it at home without medical supervision. Doctors say that apart from oxygen levels in the blood, other symptoms in covid patients should be considered carefully, and they should be taken to hospitals before the situation becomes serious. Doctors suggested that manufacturers should note this point and make suitable adjustments so that the device can even detect oxygen levels properly in dark-skinned people. However, doctors do not want to discard this device completely at this stage as this has become an invaluable device to monitor covid people.