If you’re exhausted from lack of sleep (let’s be honest, who isn’t these days?) You’re fully aware of the harm it does to your bodily and emotional well-being. Drowsiness and yawning are common side effects, as are headaches. Anxiety, anger, and sadness are all possible side effects. You now know to stay away from an unsteady stroll.

It turns out that sleep deprivation affects your stride, which might affect your ability to move consciously, avoid dangers, and stay balanced. Researcher and University of Maryland School of Medicine adjunct professor Hermano Krebs said the results “show that gait is not an automated process and may be influenced by sleep deprivation” in a statement.

According to Krebs, who is also a senior research scientist in the MIT department of mechanical engineering, “everyone should receive eight hours of sleep every night.” We should compensate as much as possible as frequently as possible if we are unable to do so.

Researchers used to think that walking was a fully automated process; all we had to do was point our bodies in the direction we wanted to travel, and they took care of the rest.

This has been shown to be false recently, according to new research. We slow down or speed up depending on the visual or auditory clues we encounter along the journey. Listening to music, for example, might cause us to alter our stride to match the beat unintentionally. There’s more to gait than meets the eye, as Krebs points out. The brain has a significant influence, according to the study’s author.

The study looked at university students from So Paulo in Brazil who had been chronically sleep-deprived and was published in Scientific Reports. Over the course of 14 days, the students wore sleep trackers to keep track of their sleep and waking periods. Study participants slept an average of six hours each night on average, with some exceptions.

The other half of the group stayed up all night before putting the other half through a treadmill test in which they had to keep step with the metronome’s beat. According to lead author Arturo Forner-Cordero, an associate professor at the University of So Paulo’s department of mechatronics, they had to synchronize their heel strike with the rhythm in order to avoid making mistakes. When asked about the pupils’ performance, Forner-Cordero said they were “off the beat,” “missing beeps,” and “doing terribly.”

In their research, Forner-Cordero and Krebs found that students who slept in on weekends to make up for their sleep deficit performed somewhat better on the assignment than those who did not. The majority of sleep professionals do not advocate this strategy. Any change in your regular sleep-wake cycle of 90 minutes or more, according to a study, significantly increases your chance of suffering a heart attack or being diagnosed with heart disease. 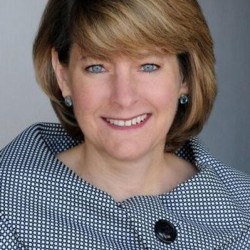 Allie Troy
Allie Troyis a certified diabetes educator who loves to help people get excited about healthy and delicious foods, nutrition science, and active living. Her nutrition advising approach is to help people simplify and personalize their plans. She earned a Bachelor’s degree in Dietetics from Indiana University and a Master’s degree in Clinical Nutrition from Rutgers University, New Jersey. She is also a certified diabetes educator through the National Certification Board for Diabetes Educators.