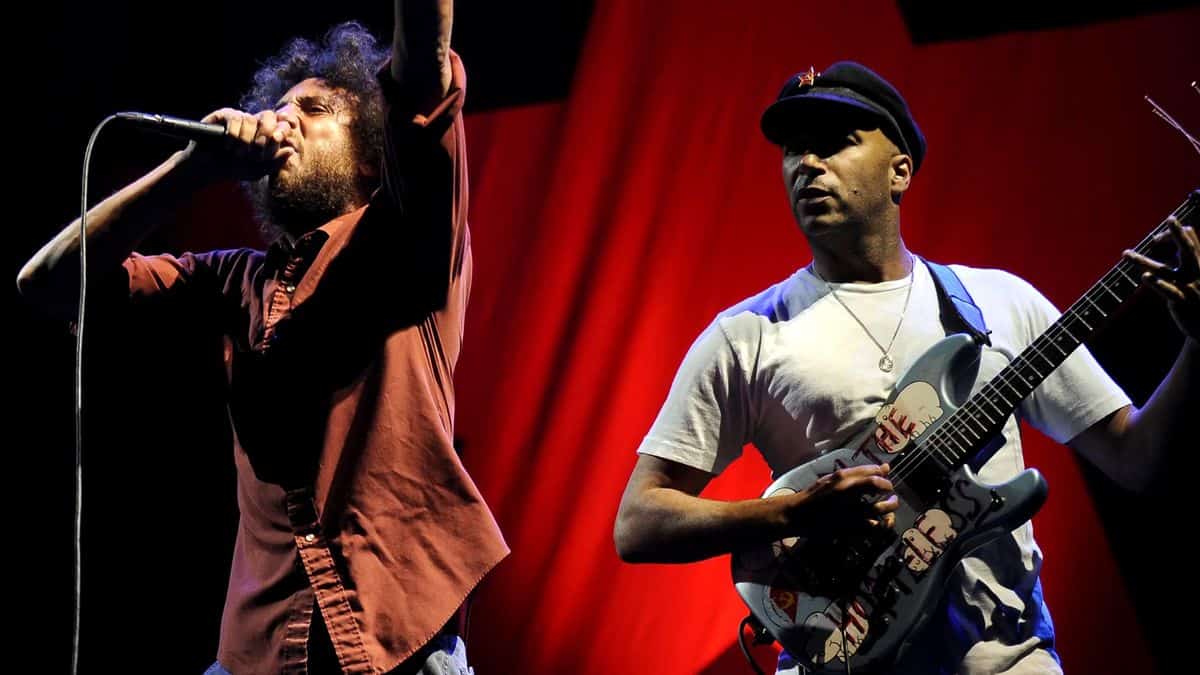 Rage Against the Machine performed on July 9 2022 night to a crowd. This crowd of over 30,000 at Alpine alley Music Theater in Wisconsin after 11 years of inactivity including a pandemic-related postponement.

Since the band’s initial announcement of this current tour in 2019, fans have been anticipating the band’s epic reunion.

Rage Against the Machine: The Band Performs Its First Concert In 11 Years

The first schedule called for the event to get underway in El Paso, Texas, not far from the border, immediately after the U.S. presidential election.

On July 9, Tom Morello, Tim Commerford, Brad Wilk, and Zack de la Rocha got back together as a band at the Alpine Valley Music Theater in East Troy, Wisconsin.

The band performed a number of fan favorites and made a few openly political declarations throughout the performance. It is as by using a visual that said abort the supreme court.

The United States has experienced an increase in political angst over the course of the group’s two-year deferral. This restlessness was let loose throughout Rage’s performance.

Zack de La Rocha mumbled groans and whispered calls for freedom as the band projected a declaration in response to the Supreme Court’s recent decision to reverse Roe v. Wade.

However, it is evident from the band’s urgent homecoming performance on July 9 2022 that they believe there is still more to be done.

“Forced conception in a nation that is the only developed nation in the world with no national guarantee of paid parental leave. Forced childbirth in a nation where mothers of color endure maternal death rates that are two to three times greater than those of white mothers.

Forced conception in a nation where gun violence is the leading cause of mortality for children and adolescents. Finally, Abolish the Supreme Court.”

On June 24, shortly after the Roe reversal was made public, Rage made the announcement that the $475,000 in ticket revenue from the Alpine event and two shows at the United Center in Chicago would be donated to charities supporting reproductive rights in two charities.

Rage played the best songs from its discography for the duration of its hour-and-a-half set. He gave fans a special treat with a version of Bruce Springsteen’s The Ghost of Tom Joad from its 2000 cover album Renegades.

The last time band put out fresh music was 23 years ago. The ensemble had not played since 2011, up until the performance on July 9 2022 night.

As per reports, “there was no speech during the performance, and the actors occasionally left the stage as gory scenes were projected behind them.

A Border Patrol agent posed with an upset German Shepherd, an El Paso police cruiser on fire, and a blindfolded youngster tore apart an ICE agent’s piata, among other scenes.”

Through April of the following year, the band will make stops on its reunion tour in 12 different nations.

The band’s Public Service Announcement Tour, which would eventually visit 12 countries, 40 cities, and 51 gigs, began with this inaugural performance.

On their reunion tour, the rock group is joined by the hip-hop group Run the Jewels.

This website uses cookies to improve your experience while you navigate through the website. Out of these, the cookies that are categorized as necessary are stored on your browser as they are essential for the working of basic functionalities of the website. We also use third-party cookies that help us analyze and understand how you use this website. These cookies will be stored in your browser only with your consent. You also have the option to opt-out of these cookies. But opting out of some of these cookies may affect your browsing experience.
Necessary Always Enabled
Necessary cookies are absolutely essential for the website to function properly. This category only includes cookies that ensures basic functionalities and security features of the website. These cookies do not store any personal information.
Non-necessary
Any cookies that may not be particularly necessary for the website to function and is used specifically to collect user personal data via analytics, ads, other embedded contents are termed as non-necessary cookies. It is mandatory to procure user consent prior to running these cookies on your website.
SAVE & ACCEPT
$(".comment-click-151132").on("click", function(){ $(".com-click-id-151132").show(); $(".disqus-thread-151132").show(); $(".com-but-151132").hide(); }); // The slider being synced must be initialized first $('.post-gallery-bot').flexslider({ animation: "slide", controlNav: false, animationLoop: true, slideshow: false, itemWidth: 80, itemMargin: 10, asNavFor: '.post-gallery-top' }); $('.post-gallery-top').flexslider({ animation: "fade", controlNav: false, animationLoop: true, slideshow: false, prevText: "<", nextText: ">", sync: ".post-gallery-bot" }); });