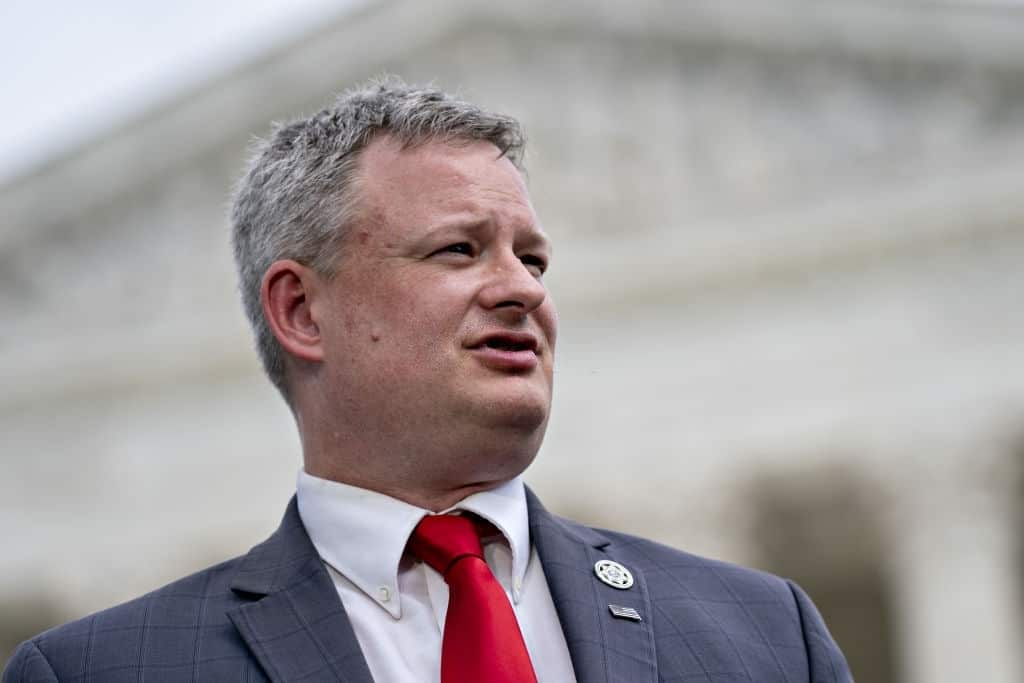 Attorney General of South Dakota, Jason Ravnsborg said in a statement that he had no idea about what he struck on that day of the accident and he thought that he hit a deer. He later discovered the body when he returned to the scene the next day. The accident fatally knocked down a man, Joe Boever according to police reports.

The accident took place on Highway 14 West of Highmore, South Dakota on Saturday at around 10.30 pm local time. In a statement released to the media, Ravnsborg said that there are many rumours and stories going around the incident and they do not represent the complete facts of what happened on that particular day. According to the press release, Ravnsborg was driving home from Spink County Lincoln Day Dinner in Redfield around 9.15 pm on Saturday. He mentioned clearly that he was not under the influence of alcohol while driving and said that he did not consume alcohol before or after the event. On the way back home to Pierre, he hit what he believed to be a deer and did not see exactly what he had hit at that time. He added that he had stopped his vehicle immediately after the incident to investigate.

He had called 911 soon after that, and the Hyde County Sheriff arrived at the scene to assess the damage. They searched for the suspected deer in the area at that time and could not find anything. Ravnsborg said that he used his cell phone flashlight to search the area after the incident. He added that even the Hyde County Sheriff could not find anything on that day and they did not suspect that it was a person who was involved in the accident. Later, Ravnsborg borrowed the Sheriff’s personal vehicle to drive back to Pierre. He then returned to the scene the following day to return the vehicle of the Sheriff. During that time, they found the body of Boever, and it was evident that he was dead by that time. Ravnsborg later drove to Sheriff Volek’s home to report the incident, and he came back along with him to the scene. The Sheriff later instructed that they would handle the investigation and he was asked to return to Pierre.

The South Dakota Highway Patrol were informed about the incident on Sunday morning, and they began investigating the crash according to the statement released by Tony Mangan, spokesman of the South Dakota Department of Public Safety. Governor Kristi Noem along with DPS Secretary Craig Price spoke to media people during a news conference and confirmed the incident that Ravnsborg was involved in the accident. The authorities have not confirmed any of the information provided by Ravnsborg, and it was not yet clear whether speed or alcohol were the reasons behind the crash. Apart from that, the authorities have not officially confirmed when the crash was reported by Ravnsborg and whether there are any charges against him at the moment.

According to the statement issued by Ravnsborg, he was fully cooperating with the authorities with regards to the investigation and he has also agreed to a search of both of his cellphones. Apart from that, he has also provided a blood sample for tests. It is interesting to note that he had claimed that he was not under the influence of alcohol during the crash. He had mentioned that he did not drink at the party before the event and even after the event. He has even offered witnesses who can confirm this to the law enforcement that he was not drinking at the party. The deceased has been identified as Joe Boever aged 55 of Highmore SD. He was apparently walking towards his disabled truck on the highway when the incident occurred on Saturday. In his statement, Ravnsborg said that he was shocked and filled with sorrow and expressed his deepest sympathy and condolences to the family of the victim.

As the AG also oversees the Department of Public Safety in South Dakota, Governor Kristi Noem announced that her office had taken over the supervision of cases with the assistance of investigators from North Dakota to avoid any conflicts of interest. The spokesman of the AG Tim Bormann said that Mr Ravnsborg was not injured in the accident and he was alone in the car when the accident happened on Saturday. He said that while returning home from a South Dakota Republican Party event, he had struck something and informed the police at around 10.24 pm local time. Mr Bormann said that AG does not usually consume alcohol at Lincoln Day Dinners or other political events which is a policy Ravnsborg has adhered to since he was a candidate. Bormann added that he continued with the trend even on the Saturday night party.

The day before the incident, Mr Boever’s truck had run into a ditch and hit a pile of hay that had damaged the bumper. The cousin of Boever, Nick Nemec, said that he along with his brother Victor planned to meet Boever on Sunday morning to help him to his pickup truck out of the highway. The deceased person Boever worked as a nurse’s aide and also at a grocery store in the neighborhood according to his cousin Victor nemec. They were, however, not sure as to why he was on the road and speculated that he might have decided to fix the bumper and tried to return to the vehicle. Ravnsborg, who has been the Attorney General since 2018 was elected with over 55 per cent of the vote and he has so far received about six traffic tickets for speeding in the last six years. Apart from that, he was also cited for driving without proper exhaust, and muffler system, and even received a seatbelt violation. However, locals say that deer accidents are common in that area and they have seen many such incidents in the past. It would be interesting to see what else comes out in the investigation in the next few days.