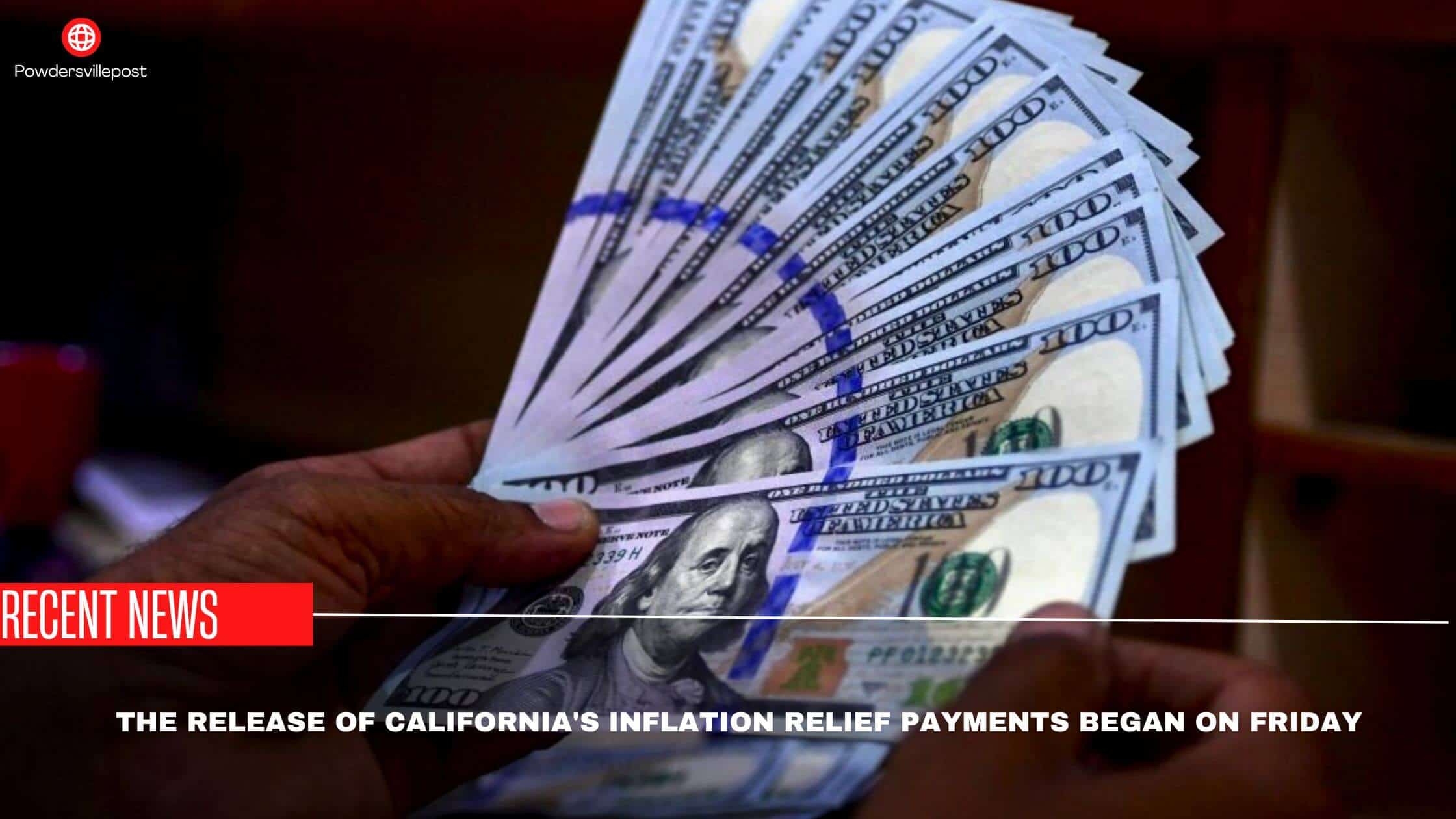 The inflation relief payments that were promised as part of the increased gas prices and cost of living have started to roll out from Friday.

The relief payment ranges from $200 to $1050 depending on the amount of taxes paid during 2020 and would be paid back either through direct deposits or debit cards. The debit cards are issued in collaboration with Money Network and they would be sent out by mail.

The relief payment is sent as multiple packages including the Golden State Stimulus (GSS) and the Middle-Class Tax Refund. It was approved by lawmakers to be paid to millions of tax-paying Californians in the month of June.

On Friday, The Release Of California’s Inflation Relief Payments Began

The GSS was sent on priority as this was meant for low-income groups and people who earned an annual income below $75,000 (GSS II). The Middle-Class Tax Refund was meant for a higher income group and they will be sent after the GSS I and II packages.

The average income for the eligibility of the Middle-Class Tax Refund has been raised to $250,000 (individual filers) and $500,000 (Joint filers) annually.

The Tax Franchise Board said that those who have filed their 2020 taxes before October 15, 2021, shall be eligible for the relief payments.

Also, if you had claimed yourself as a dependent through the 2020 tax year then you are not eligible for the relief fund.

According to the AAA and Oil Price Information Service (OPIS), the price of regular gas in Los Angeles and Orange counties dropped drastically after reaching a series of record-high numbers throughout the last few months. As of Friday, the average rate of gas in Los Angeles is $6.458 dropping around 3.3 cents and it was around $6.399 in Orange county dropping around 3.7 cents.

In the US, at least 33 states have passed some sort of tax relief funds in 2021 and around 14 states have made income tax rate cuts because of the high inflation rates that have been haunting the nation.

The consumer price increase was 8.6 percent higher compared to the prices of last year which was the highest increase since 1981. Also, the increasing fuel prices are putting a lot of pressure on US citizens.

The Federal Reserve is cutting all corners to bring down the highest inflation in the US in the last 40 years. Housing mortgage rates are at an all-time high and companies are also decreasing their investments which points to an economy that is desperately trying to hold on amidst the scare of a possible recession that is going to strike the US by the end of 2022.

🔵Crowdfunding For Medical Needs Nearly Fails Every Time In The US

Nouriel Roubini, a renowned Economist and Professor at New York University’s Stern School of Business has warned that the US and the world are going to face a bad recession. In an article written in TIME, Roubini observes that the US economy will go into a state called Stagflation.

Stagflation is defined as a state of recession when high inflation together with stagnation or slow-down of economic growth happens. The US had faced stagflation before in the 1970s and early 1980s when there was a steep rise in oil prices due to the war between Israel and Arab countries and because of the Islamic revolution of Iran in 1979.

Amidst these scary observations, US citizens seem to have increased their spending as a report from September month shows a rise in spending. This predicts a similar trend for the remaining three months of the year as the Christmas season is also starting.

The Labor Department said that the Employment Cost Index (ECI) also rose 1.2% which was a positive sign even under the Inflation scenario.