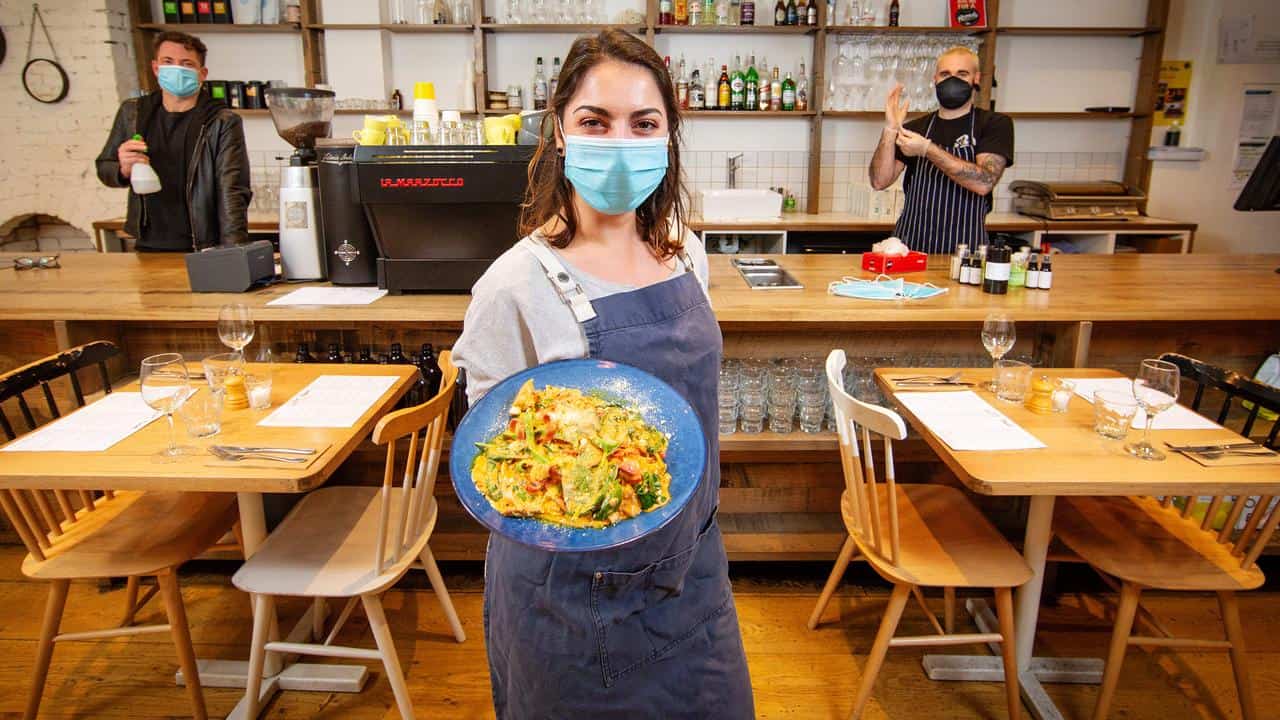 Ever after The Centre for Disease Control and Prevention (CDC) in the United States of America urged people to get themselves vaccinated and also wear masks indoors, several states have begun following up with similar advisories.

The Hospitality industry is the latest to join in the chorus for vaccination and masking. There has been an increase in cases of people infected by the Delta variant of the Sars-COV-2 virus in the area of San Francisco and the 7 Stills Brewery and distillery have taken the bold step by asking their customers and patrons to show proof of vaccination if they wish to dine in. The Tipple’s Recording Studio club also followed with a similar requirement from their customers.

These measures taken by the hospitality industry is being welcomed by the medical fraternity who feel that such bold steps will lead to more people going for vaccination and that it is difficult for the government and the Health care fraternity alone to do all the pushing and prodding for vaccination and wearing of masks. Once industries and other segments also support the American initiative with their own advisories, the resistance to vaccination will weaken as more and more people will begin to realize the gravity of the situation.

This action by San Francisco restaurants and bars is beginning to be noticed and others around the country are following suit. The Union Square Café and the Gramercy Tavern, both in the New York area, have said they will also be requiring their customers to show proof of vaccination before they can come in for dining.

Dr, Sunitha Posting, an internist in New York, has welcomed this initiative as she draws attention to the growing number of cases of coronavirus infection within the United States. She added that such measures would provide some protection to the unvaccinated from getting the infection.

Noah Greenspan, a board-certified clinical specialist in Cardiovascular and pulmonary therapy, expressed his satisfaction that such moves would keep customers safe though this would lead to some resistance and the restaurants risk the loss of a few customers after being under lockdown for so long. The specialist expressed his appreciation for restaurants that are risking verbal and even physical abuse from non-conformists even at the cost of their business and said that the infections could be controlled when everyone would understand their individual responsibility.

The CDC has repeatedly been reminding Americans about the high rate of contagion of the Delta variant of the Sars-COV-2 virus, more than any previously known variant. The CDC also warned that a sudden spike from infections could put the entire health care infrastructure of the United States under severe strain. Health care systems in many states such as Missouri and Mississippi have had to turn away incoming patients for lack of hospital beds.

Specialist Greenspan lists some critical factors to be taken care of in minimizing the risk of infection.

The first factor is the number of times people are exposed to infection.

The second is the intensity. Greenspan warns that the intensity is much more in a densely packed scenario such as a packed bar where many people are likely to be infected.

The third is duration. Spending longer time in a densely packed bar or restaurant increases the chances of infection

The fourth is the method in which infection could spread. If an infected person coughs in another’s face, the spread could be lethal

Dr Posina points out that such steps are a hint for more people to get vaccinated so that there is more protection to the community at large.

Several practitioners including Dr Posina and Greenspan are endorsing these steps for the greater good and hope that the virus is effectively stopped from spreading and mutating further.