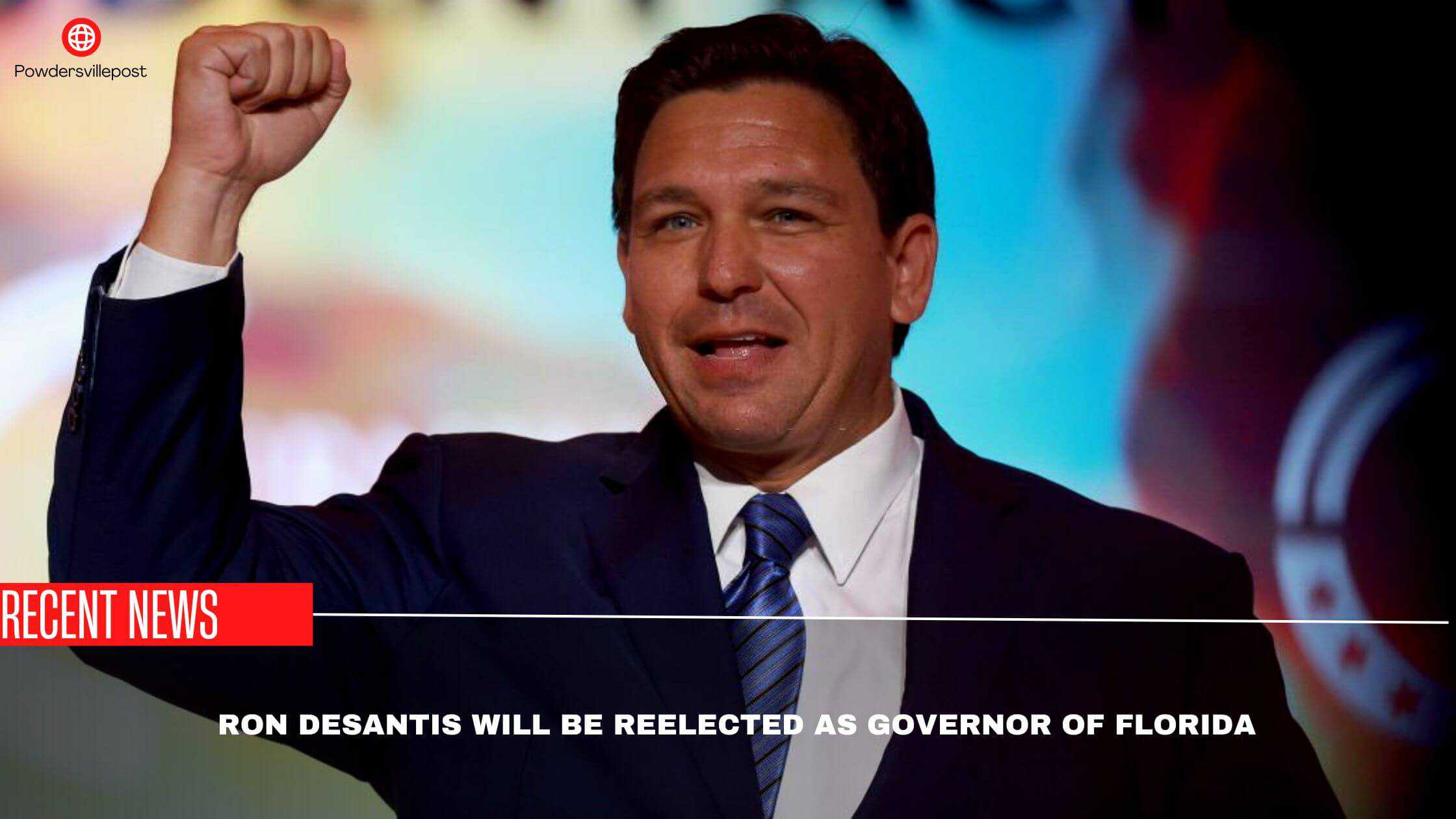 According to the report, Florida’s hard-charging Republican governor Ron DeSantis, who rose to prominence during the pandemic, will be elected to a second term as governor of the Sunshine State, shifting his attention almost immediately to the year 2024.

DeSantis asserted that after defeating Democrat Charlie Crist’s bid to reclaim his former position, they had won the race and completely changed the political landscape. He made these claims at a speech on Tuesday night.

As confirmation of his ferocious political agenda, the governor hailed his reelection as a “victory for the ages.” DeSantis claimed that the commitments made to the Floridians had been kept. Freedom is come to stay once the people’s decision was pronounced after four years.

A decision over whether to leverage his political success in Florida to launch a national campaign for the White House, which might place him in conflict with former President Donald Trump, is on the horizon now that his reelection campaign is over.

The campaign’s final days were being overshadowed even before Tuesday by the escalating cold war between DeSantis and Trump.

The two hosted competing rallies in different parts of Florida on the final weekend of the midterm elections, with Ron Desantis supporters insisting the governor didn’t want to go. At the same time, Trump’s team told that his former ally wasn’t invited.

Their long-simmering enmity was on full show. Trump referred to Ron DeSantis as “Ron DeSanctimonious” on Saturday in Pennsylvania, indicating that the former president is thinking about the best way to defeat DeSantis in a future primary debate.

DeSantis has mostly refrained from discussing his potential candidacy for president and Trump, but his actions indicate that he is preparing the basis for such a move.

He set new records for a gubernatorial contender by creating a fundraising machine that brought in $200 million over the last two years. While running for office, DeSantis largely avoided talking about Crist and focused on President Joe Biden and his broader political conflicts.

Desantis Sure Knows His Way To Appeal!

His team recently unveiled several enticing, expertly made videos and advertisements aimed at Florida voters and his expanding social media and email following on a national level.

DeSantis, a former Navy lawyer, dressed as a fighter pilot in one video titled “Top Gov” and discussed “rules of engagement” for “dogfighting” with the “corporate media” while sharing them. In a different speech, his wife, Casey DeSantis, described her struggle with breast cancer. In his final advertisement, he said that God made DeSantis a warrior.

DeSantis spent the fall campaigning for Republican candidates in competitive races across the nation, occasionally visiting areas where Trump had also energized the electorate. His efforts were intended to gauge his electoral popularity outside of Florida. DeSantis routinely drew larger crowds to his events than any other GOP leader this year who is not named Trump. DeSantis gave many endorsements in crucial races in the campaign’s closing weeks, including one for Joe O’Dea, the Republican candidate for the US Senate in Colorado who had previously stated he wouldn’t support Trump in 2024.

For DeSantis, election night provided much more confidence than four years prior when the Republicans had to wait for the results. The most competitive campaign for governor in Florida history ended with him defeating Democrat Andrew Gillum in a recount. This result would have serious implications for DeSantis and Florida.

DeSantis pushed through a divisive agenda in his first four years in office, including additional limitations on abortion, a significant expansion of school vouchers for private schools, measures to change how schools teach and discuss racism and LGBTQ issues, and a moratorium on coronavirus vaccination mandates.

He organized aircraft that transported refugees from Texas to Martha’s Vineyard, refused to assist the federal government in distributing Covid-19 vaccines for children, and pushed through an abrasively politicized redistricting of the state’s congressional districts divided up a district held by a sitting Black Democrat.