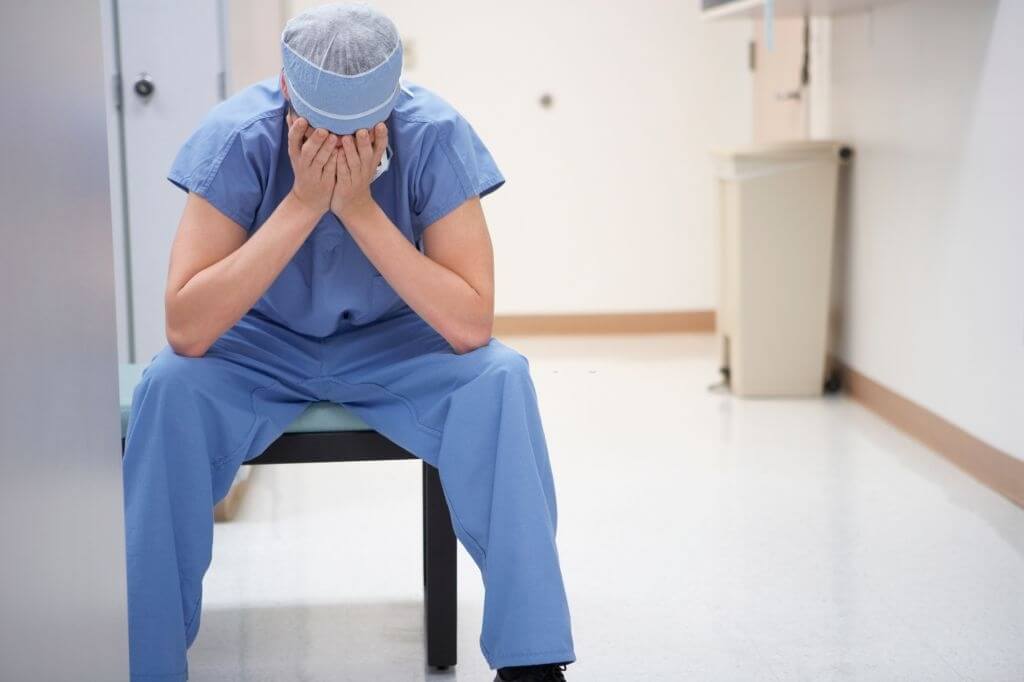 Once saluted as being heroes for saving many lives during the ongoing COVID 19 pandemic, health workers in the U.S are now hitting the panic buttons and abandoning their scrubs before they step out in public to avoid unnecessary harassment.

Over a year after the front line, health workers in the U.S were saluted with millions clapping for them from their balconies and windows for being heroes who saved thousands of lives at the start of the current Coronavirus pandemic.

Once Saluted As Heroes, Health Workers In U.S Are Now Getting Threats

Some of them are now in panic mode and are having to ditch their uniforms before stepping out in public because of fear of harassment.

Throughout the nation, doctors as well as nurses, who are on the front line of the ongoing COVID 19 pandemic are having to deal with threats, violence, and hostility from patients annoyed with the safety protocols designed to keep the spread of the virus under control.

Voicing his frustration, Dr. Stu Coffman, a Dallas-based emergency room physician said that just over a year ago, they were being appreciated for being heroes who saved lives and now they are being ridiculed, harassed, and disbelieved in some areas for trying to protect others from the virus, which is depressing.

One of the spokeswomen said almost four hundred nurses and other staff of Cox Medical Centre Branson in Missouri started hitting the panic button after assaults per year went up three times to 123 between 2019 to 2020. It went to a point where one of the nurses had to get an X-ray of her shoulder after being attacked.

The pandemic is responsible for at least some of this rise in assault cases according to hospital spokeswoman Brandeis Clifton. She further added that a lot of nurses have now begun saying that it is a part of their job. She insisted that facing hostility is certainly not a part of their job.

Owing to this, a lot of hospitals have had to limit the number of public entrances. Some nurses in Idaho said they even fear going to a grocery store wearing before changing their regular nursing scrubs in the fear of being approached or attacked by irate residents.

Hospital spokeswoman Caiti Bobbitt said that some doctors and nurses in a hospital in Coeur d’Alene, Idaho have even been accused of murdering patients because the grieving family members do not believe Coronavirus is real, while others have been at the receiving end of nasty rumors being spread by people frustrated with the pandemic.

Bobbitt further added that the health care workers have almost started to feel like Vietnam veterans who fear going into the community after a shift.

Over the Labor Day weekend in Colorado, one of the nurses working at a mobile vaccine clinic set up in suburban Denver was attacked with an unidentified liquid by a passerby, while the signs put up around the vaccine center’s tent were run over and damaged by someone in a pick-up truck.

As per survey reports from the National Nurses United and an umbrella organization of nurses’ unions across the U.S, about 3 in 10 nurses reported an increase in violence in their work owing to factors like staff shortages and visitor restrictions.

One of the nurses in a COVID-19 ICU unit in Wichita, Kansas said sometimes multiple people from the same family are bought in a serious condition and their relatives get frustrated thinking the doctors and nurses aren’t doing enough.

Besides, when patients are administered potent steroids that have shown promising results, it tends to make them more agitated.

Not just the health sector, but cases of hostile behavior have increased across the U.S in the COVID 19 crises.