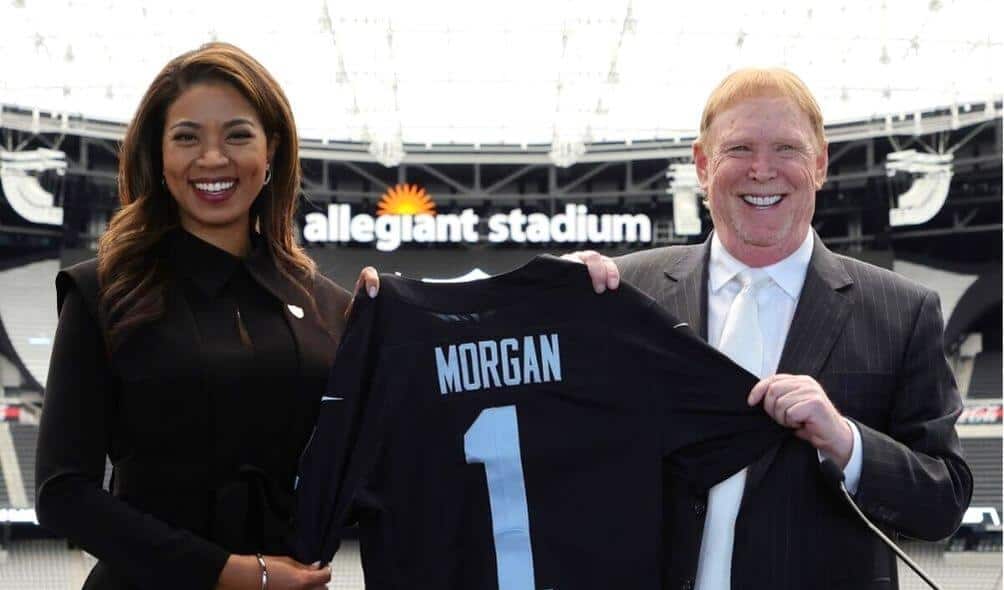 On July 7, 2022, the Raiders made history by announcing the hire of Sandra Douglass Morgan as team president, making her the first black woman to hold the position in NFL history.

The only other women to occupy the role of team president are Kristi Coleman of the Panthers and Kim Pegula of the Bills. The only other black people to hold the job in league history are Sashi Brown of the Ravens and Jason Wright of the Commanders.

It is an honor of a lifetime to serve as the president of this organization, Morgan said during her opening remarks.

She was born and raised in Las Vegas and has watched it grow into one of the world’s sports capitals, bringing millions of people from all over the world.

In her prior position as the first black Control Board Chair, Morgan made history. Now she joins a Raider’s lineage that also includes other notable hires.

As the NFL’s first black head coach in the modern period, the team recruited former player Art Shell in 1989. In 1997, the franchise hired Amy Trask, who later became the league’s first female CEO.

In addition to her current position, Morgan has a number of other professional connections with the company and the city. In the past ten years or so, Morgan has held positions at AT&T Services, North Las Vegas city attorney, and MGM International’s litigation department.

In 2021, she was named vice-chair of the Las Vegas Super Bowl host committee and added to the board of directors of Allegiant Travel Co., which owns Allegiant Air, Allegiant Stadium’s naming partner.

With Morgan’s arrival, the NFL has made another significant advancement in its ongoing evaluation of its diversity, equity, and inclusion policies.

The hire also brings much-needed stability to the Raiders organization amid a recent flurry of contentious events in the front office, including an active lawsuit and an ongoing investigation.

In the letter to the Raiders, Morgan addressed the legal processes as well as the open issues. After less than a year in charge, Las Vegas announced in a terse statement on May 6 that outgoing president Dan Ventrella was no longer with the business.

Later that day, Ventrella released a statement as per his own view in which he claimed that company owner Mark Davis had fired him as a result of his complaints about Davis’s hostile work environment and other potential misbehavior.

Soon later, the NFL declared it would begin an investigation on the issue he claimed.

Morgan joins the Raiders at a time of major transition on and off the field as the team seeks a new beginning with the 2022 season drawing near.

After losing in the Wild Card Round after a 10-7 season, Las Vegas enters the fall with higher expectations in terms of football. Josh McDaniels, a seasoned Patriots assistant, was hired by the team to rebuild its coaching staff. The club also added star receiver Davante Adams in free agency.

Also Read: Ezra Miller’s Time On Flash Is Up