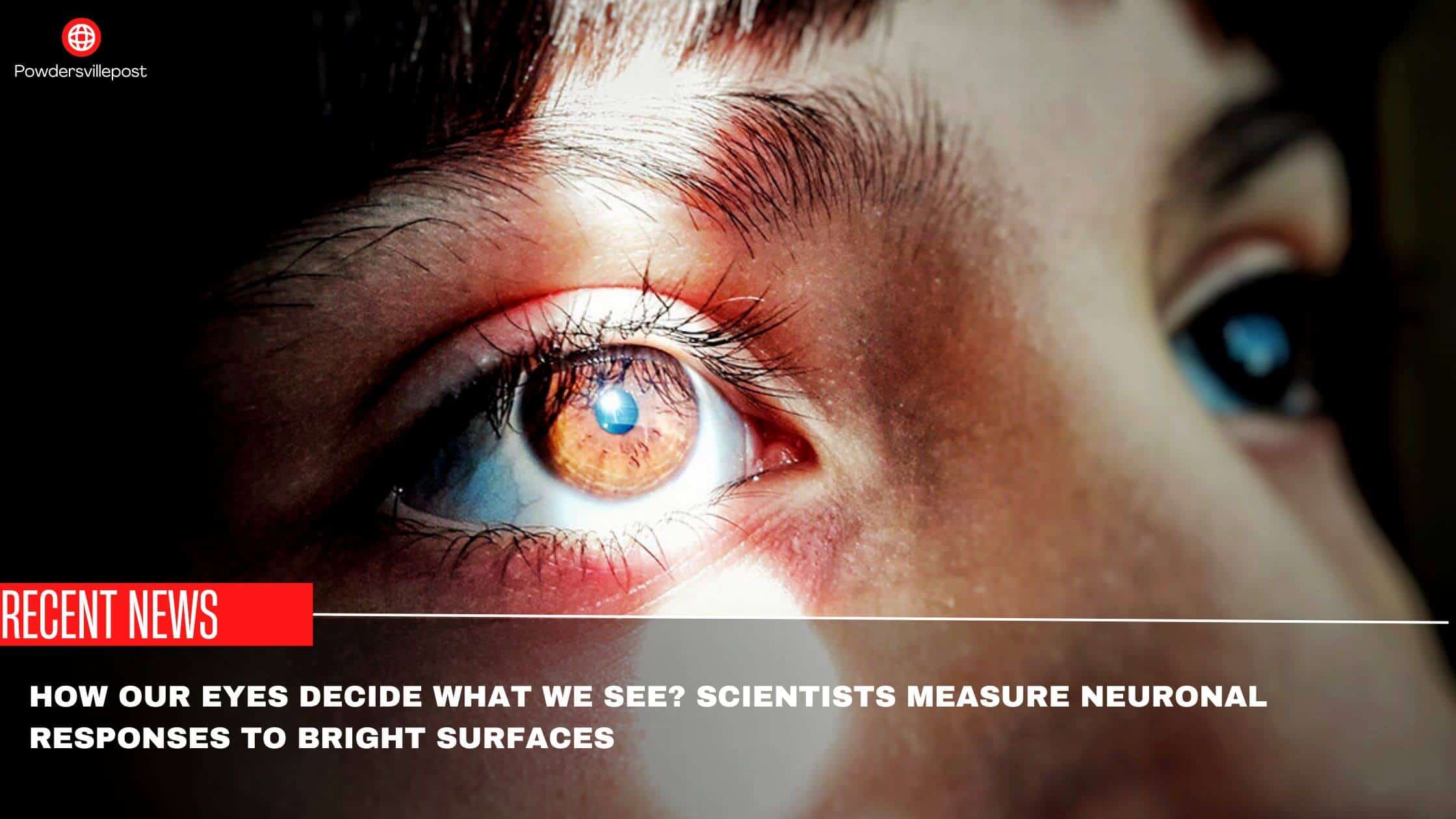 As you move around in the world, your eyes are bombarded with all kinds of different images. But, how does your brain decide what you should focus on?

A recent study from MIT, published in the journal Neuron, has found that neurons in the primary visual cortex respond to the amount of contrast between objects and their backgrounds, not to the brightness of an object itself.

Though these findings may seem simple at first glance, they have major implications for understanding how our brains process vision.

Researchers from MIT conducted an experiment using a computer screen with a single, uniform gray background. They then used images that were either black or white and changed the brightness on the screen.

Using electrodes, they measured the responses in neurons in the primary visual cortex, which is located in the back of the brain. The researchers found that when they turned down the intensity on a uniformly bright surface, cells responded as if they were looking at something dark.

The opposite was true when they turned up the intensity on a uniformly dark surface—cells responded as if they were looking at something light.

Neurons Respond As They Should To Surfaces Of Different Brightness

In the experiment, scientists measured neuronal responses in the primary visual cortex while mice viewed surfaces with different brightnesses. They found that neurons responded as they should according to these expectations.

These findings could help us better understand how our eyes work and how we perceive the world around us.

🔵Eyesight Was Restored With Cornea Implants Made From Pig Skin!

🔵The Odds Of Getting An Eye Infection From Reusing Contact Lenses

The Research Creates A Better Understanding Of Vision

A team of researchers, led by Dr. Mateusz Malinowski and Professor Peter Bex, from the University of Tübingen in Germany, wanted to know how our eyes decide what we see.

To find out, they studied how single neurons in the primary visual cortex respond to surfaces with different brightness. What they found was that these neurons responded best when a brighter surface is placed on the inside edge of an object and not on its outside edge.

This means that we see better if we take a flashlight and shine it from inside an object rather than shining it from outside.

Neuroscientists at the University of Rochester Medical Center hoped that their experiment would provide new insights into spatial perception. They wanted to know how our eyes decide what we see and whether the brain is aware of it.

To do so, they measured neuronal responses in the primary visual cortex of monkeys’ brains.

The experiment involved showing two identical surfaces on a computer monitor with different brightness settings and recording the activity in neurons in a region called V1 – which is thought to be where sensory input from the eye is processed.

They found that cells are more sensitive to changes in brightness than color, but both affect cell response differently based on location within V1.

Which Came First, The Color Or The Shape?

The brain is a powerful sensory organ that processes the information it receives from the eyes to create our perception of reality. The retina, located at the back of the eye, contains two types of light-sensitive cells – rods and cones.

Rods provide vision in low light conditions, while cones are responsible for color vision and daytime sight. How do we know what color something is?

Research has shown that people can discriminate colors based on their physical properties – such as wavelengths, energy levels, and saturation. For example, red objects reflect longer wavelengths than blue ones.

That means there’s more red energy coming off of a red apple than from the green one. Sensitivity to different wavelengths is also determined by how many cone cells pick up these signals.

But even if all three types of cones are present, some individuals might have an impairment that prevents them from distinguishing certain colors.

An inability to see different shades could be due to an underlying disease or condition like macular degeneration, which affects central vision; or simply not having enough photoreceptors because they died off prematurely (usually due to aging).