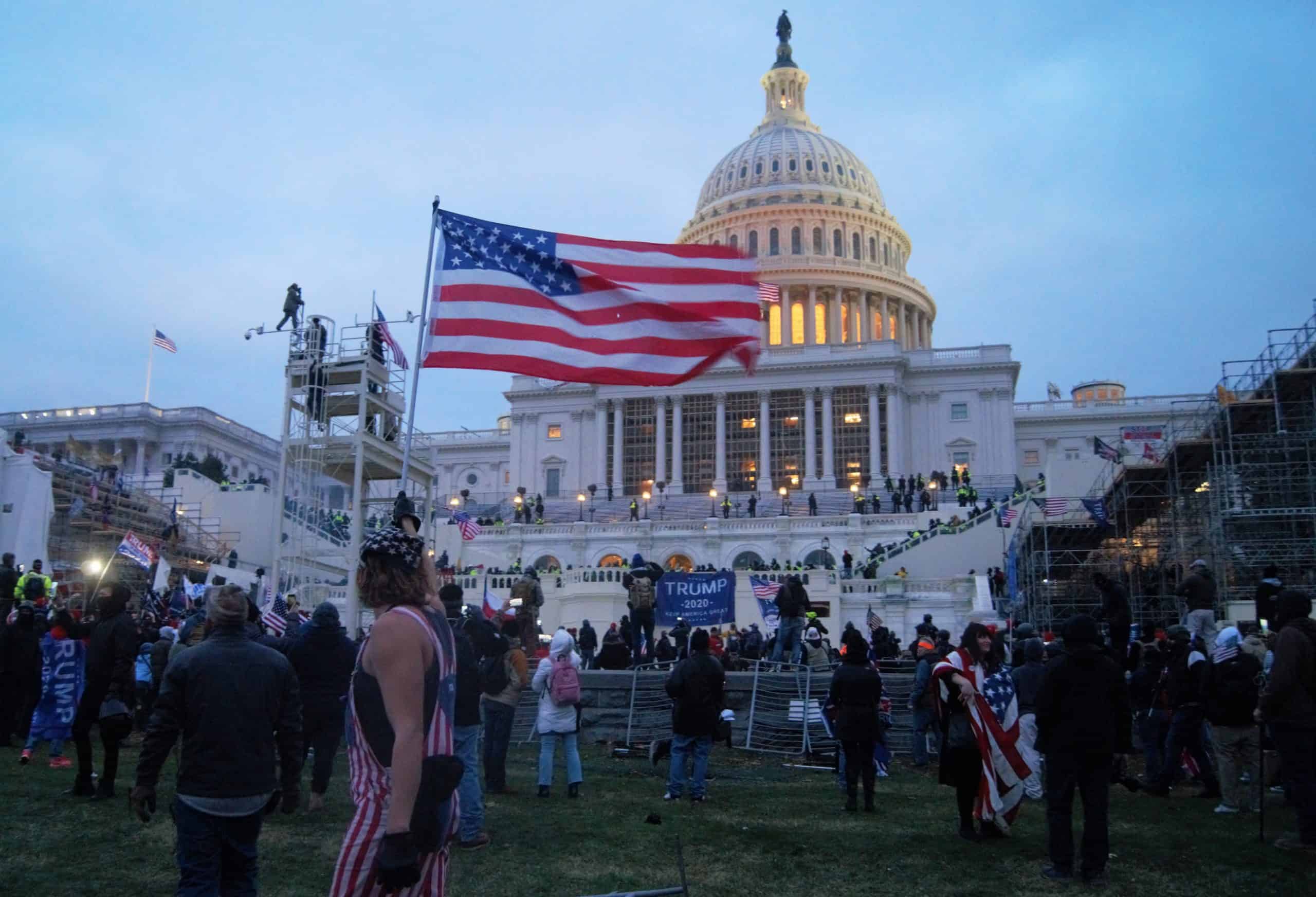 While the country is at the wedge of Biden’s inauguration, Trump supporters have been shown up to various state capitol buildings in the country on Sunday.

In both Michigan and Ohio, the crowd was larger, and some of them were wearing attire or affiliating themselves with the boogaloo movement.

Though the mob was armed, no ensued violence has been reported from anywhere.

Presently, the sudden appearance of the Trump protesters put the entire nation into a threat as they already caused chaos in the U.S Capitol a few weeks ago. During which, they clashed with the law enforcement and stunned the joint session of Congressmen resulting in the death of five people.

Reports say that eventually after the memo came from the FBI, troops of National Guards have been deployed in the capitals of around 19 states.

According to one of the officials, a poster that publicizes the events said that democracy refuses to be silenced wh]en it is destroyed. The poster also referred to an armed march on Capitol Hill and all the state capitals.

On Sunday, the U.S capital was not at all under any threat from the protesters and the security measures are stronger as the state is under precautions to overcome the possible violence before the inauguration of Biden as the new president of the country.

Currently, barricades are placed on every path towards the Capitol building to block the protesters if they attempt to take over it.

To block the entrance to the National Mall, 10 feet and higher metal fences have been placed everywhere. To add to the security, National Guard and the Secret Service members are also present on the site.

Robert Contee, the Washington D.C. Police Chief said that for the inauguration, 20,000 members of the National Guard members are to be deployed to D.C.

As the Capital is under the threat of violence beforehand the new president’s inauguration, the mayor of the city, Murial Bowser asked all the citizens not to come to the capital to attend the inauguration event. He warned about the threat of another community spread of the pandemic as well.

Meanwhile, the U.S authority said that ahead of the president’s inauguration -which would be held on Wednesday- all the federal prisons across the country would be under lockdown. The U.S Bureau of Prisons said that it is a preventive measure and didn’t prompt any other reasons.