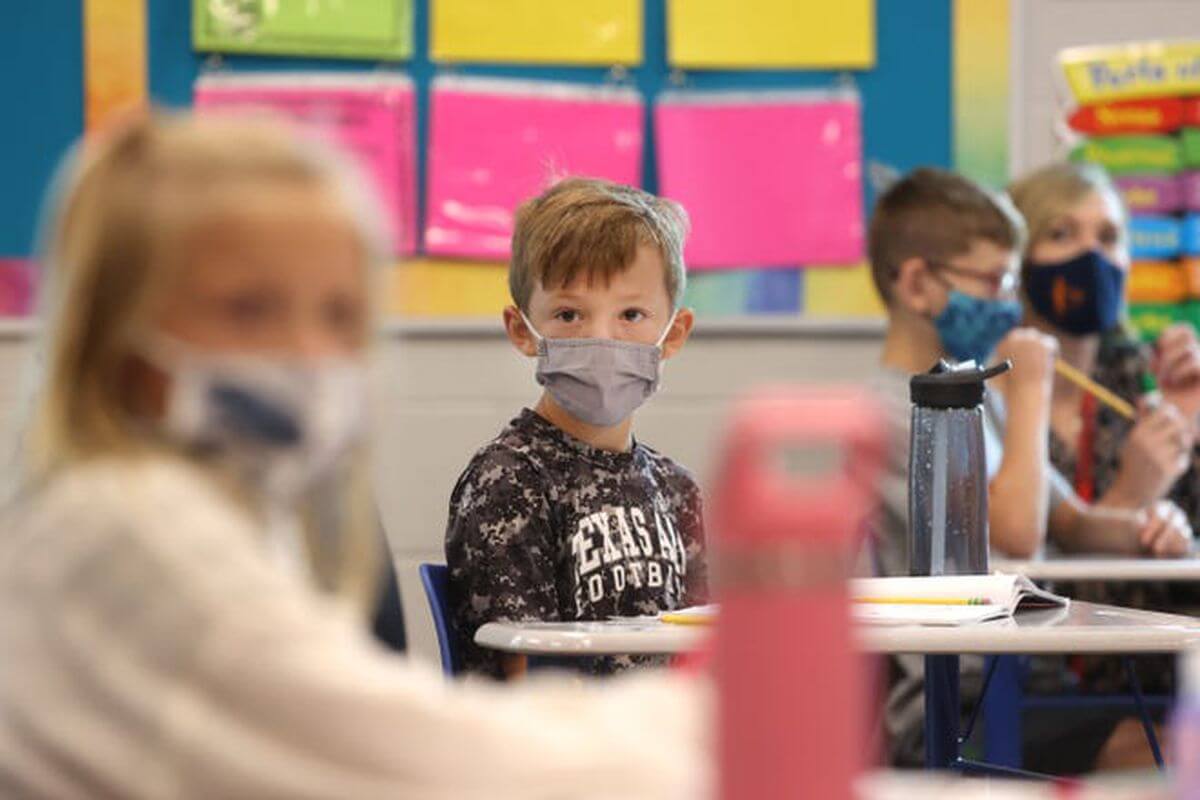 With over 70.4% of the American population being inoculated, the long-standing debate arises on whether to make masks optional for the public or not. Such a large number of vaccinations has prompted many states to open up schools this year. While certain safety precautions are in place, officials have left the choice in the hands of the schools themselves on whether masks are mandatory in the class or not.

After almost two years inside and online schooling being the need of the hour, it is heartening to see parents and children gearing up for a new school year that’s not confined to a laptop screen. Apart from the usual back-to-school stationery and other school supplies, parents are left to wonder whether Covid 19 masks should be included on the list.

Should Masks Be Optional Or Compulsory In Classrooms

Most states have an ambiguous plan regarding this question. Several states have left the decision up to the schools. Georgia, for instance, has let the local schools decide. Most schools in answer to this question have decided not to enforce the use of masks but have highly recommended that students and faculty use masks in the classroom.

This move has been met with a mixed opinion. Some parents have obliged and sent their children to school with masks. Other parents who did not agree with the callous rule have kept their children at home in protest.

Chat via Dorsey, a mother to two young children has expressed her worry about the subject. Her children who are in kindergarten and the fifth grade are too young to be eligible for the Covid 19 vaccine.  This has prompted Dorsey to ensure that her children will wear masks regardless of school rules. Dorsey explained that she does not have a lot of faith in the school’s ability to maintain Covid-19 safety guidelines among youngsters and will thus let her children attend school only if they wear masks.

With the emergence of the Delta variant, the chances of contracting the Covid-19 virus have increased exponentially. Based on this fact the Center for Disease Control and Prevention and the American Academy of Pediatrics has suggested that children should be encouraged to wear masks in school.

The mask mandate has been met with several conflicts in the past. Even now many parents and political authorities have opposed and refused to adhere to the mask mandate. They believe it to be an interference in their lives and health choices. Others have embraced the CDC suggestion after noting the importance of caution at this point in time.

One can gauge the general public opinion by observing different states’ responses to the masks question. States such as Washington, California, New Jersey, Oregon, and Louisiana have decided to make masks compulsory for all students and faculty.

They have decided to ensure this mandate despite people’s vaccination status. Other states’ method of operation is in sharp contrast. States like Arkansas, Arizona, Florida, Iowa, Oklahoma, South Carolina, Utah, and Texas have done away with the mask mandate altogether.

The Floridian Governor Ron DeSantis weighed in on the topic saying that the need for enforcing masks for youngsters could have unforeseen consequences. He explains that the Center for Disease Control and Prevention has not taken into account the emotional and psychological repercussions of forcing children to wear masks for over seven hours.

In contrast, Arkansas has recorded 800 children and adults who were put into quarantine because of exposure to the virus once schools reopened. Officials and authorities are worried that the decision to ban masks was premature. However, many people and political figures seem to continue to support the ban.

While the modus operandi is varied for different states and people, the end result is that everyone just wants things to go back to normal. In the current situation, however, there is too much risk of contracting the virus for people to continue as they did.