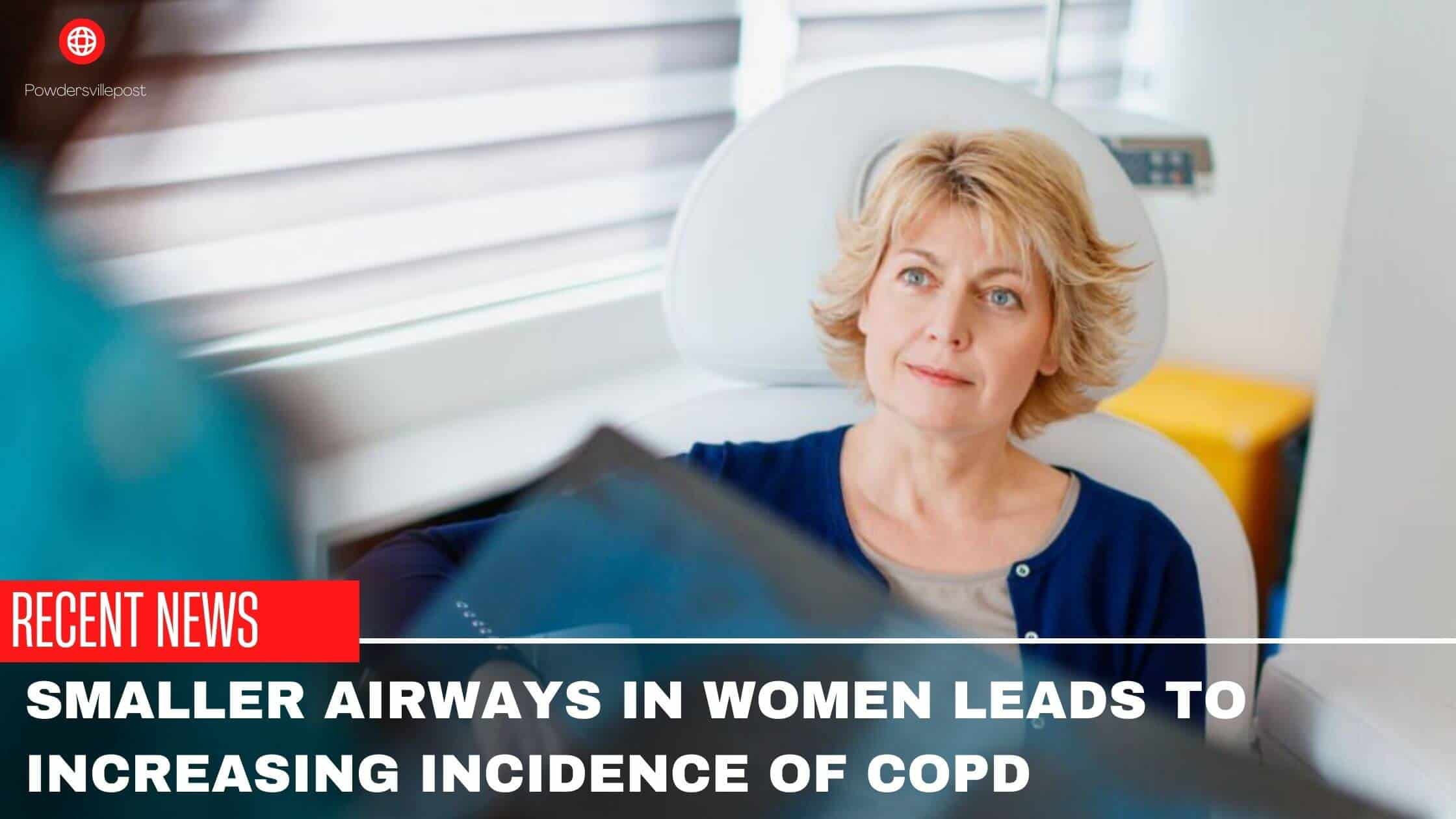 Chronic Obstructive Pulmonary Disease, commonly known as COPD, is the third leading cause of death worldwide. However, females are more prone to this disease than males. COPD results in breathing problems and blocks the airflow blockage.

Anytime you expose your lungs to irritants it leads to COPD. This includes smoking, exposure to air pollution, breathing secondhand smoke, exposure to chemicals, dust, and smoke, and respiratory infections.

Women make up almost two-thirds of the diagnosed patients. The reason behind this was found out after multiple types of research, which concluded women have smaller airways compared to men which makes them more prone to COPD.

The Centers for Disease Control and Prevention has reported more than 15 million Americans are exposed to COPD. Radiology reports from the University of Alabama stated that women are prone to a higher risk of lung diseases even if they have never smoked or smoked less than 100 cigarettes in their life owing to their smaller lung airways.

The study was conducted across 21 clinical centers in the United States of America. The research was conducted continuously from January 2008 to June 2011 and the results were analyzed thereon. The airway disease was analyzed using seven metrics.

The above-mentioned participants were analyzed based on the seven metrics and the results were adjusted based on age, height, race, Body Mass Index, the current status of smoking, Total lung capacity, and the number of years smoked.

The results of the study reported that even among the non-smokers the CT scan results revealed that the airway walls were thicker for men as compared to women. When adjusted for height and the total capacity of the lungs, it was noted the airway lumen dimensions were lower for women. The lumen diameter of women was significantly narrow as compared to men. Even though men are susceptible to COPD, when a woman is diagnosed with COPD, it lowers the functioning of the lungs, shortens her breath, affects her quality of life, worsens her survival, and causes more damage as compared to men.

The rising prevalence of COPD in women is caused due to several factors including behavioral, Socio-cultural, clinical, and environmental factors. Since there has been a huge increase in the percentage of women who smoke, the susceptibility of women to be diagnosed with COPD has substantially increased.

COPD in women also lowers their quadriceps muscle strength, increases their inflammation, makes them weak, and causes differences in the composition of their body. Women with COPD have an increased degree of tracheal collapsibility as compared to men.

Despite the less smoking history, women have more exposure to COPD symptoms as compared to men. COPD in women is only identifiable in the advanced stages which makes them more prone to damage as treatments are less effective once a patient reaches the advanced stages. Hence it is highly essential you take care of your environment and not expose yourself to any irritants that may harm your lungs. It is highly advisable to consult your medical expert anytime you experience difficulty in breathing to prevent the advancement of COPD.