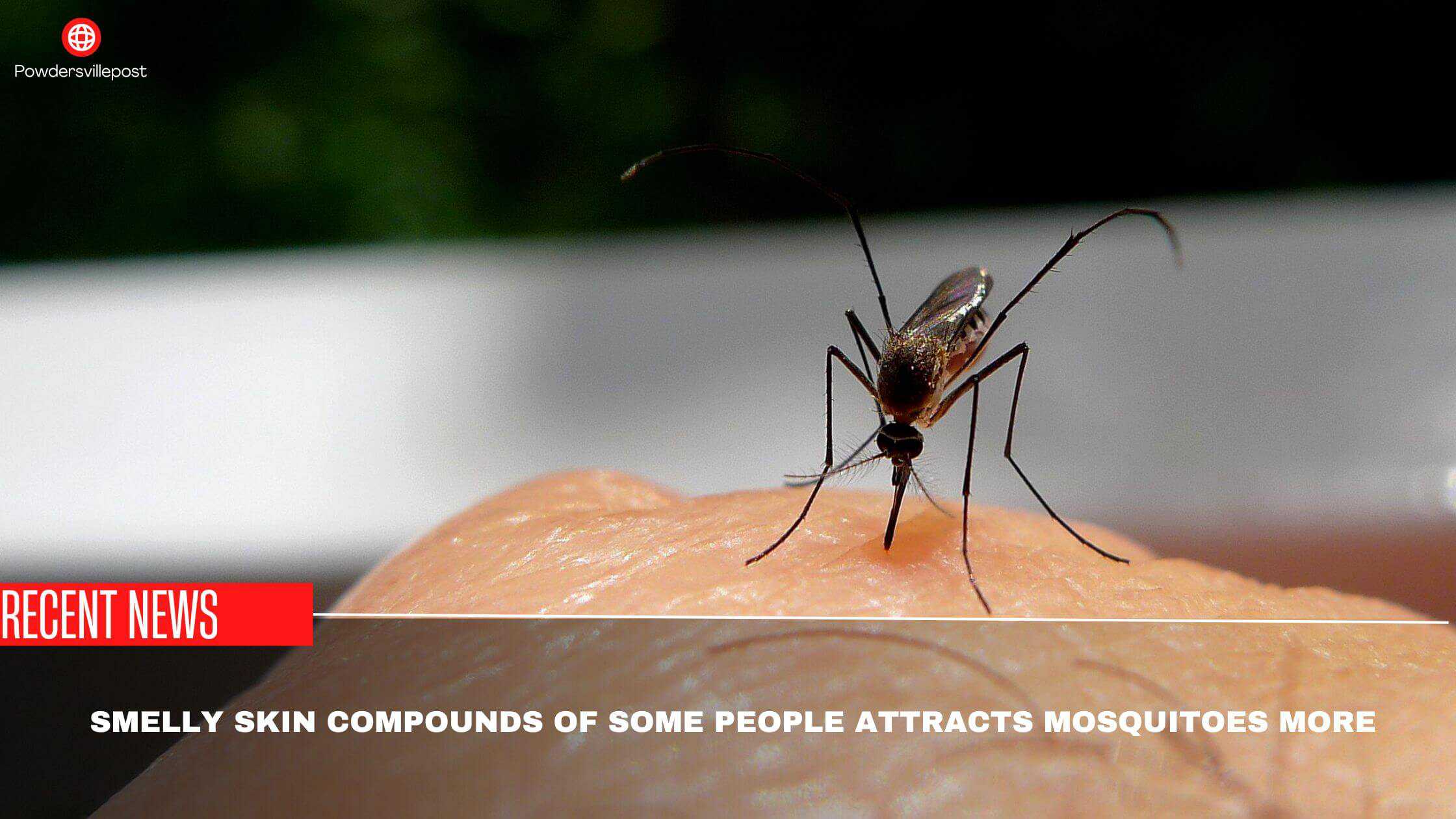 A recent study by the University of California reported a relationship between the smell of the skin and insects. The study has brought forth that each person has a unique odor, and this odor is responsible for attracting mosquitoes towards it.

The body’s scent has a lot to do with attracting more mosquitos. If the odor of the body is bad or it smells repugnant, then there is a huge chance that you will fall prey to more mosquito bites. The foul smell from the skin is generated with the help of carboxylic acids. Because of this difference, some people are not bitten by mosquitoes, while there are people who act as mosquito magnets all the time.

The study included an experiment that was conducted on 64 volunteers. All the participants were made to wear stockings that were made up of nylon. Nylon absorbs smell and sweat. This smell was to be analyzed to see if it attracted mosquitoes. These stockings were then placed in separate traps. A swarm of mosquitoes that carried diseases like dengue and flu was released inside the traps.

The results were pretty shocking. All the stockings with bad odor attracted around 100 times more mosquitoes than the stockings that did not smell that bad. The same process has been repeated over a long period now to confirm the findings. Scientists have found a new opportunity to develop mosquito repellents with this bad odor so that the mosquitoes could be attracted and killed.

There are many reasons why this odor could be produced inside the body of people. Many factors, such as lifestyle habits, dietary habits, intake of water and other multivitamins, and the number of activated sweat glands, impact the skin’s odor. Usually, due to the excessive intake of oily and fatty foods and less consumption of water, the body witnesses an increase in the production of carboxylic acid. These acids are responsible for producing a very sharp smell inside the body. The smell can attract mosquitoes. That is why people who smell bad have a higher chance of being bitten by these mosquitoes.

🔵True Facts About Mosquitoes And The Common Mistakes People Make!

The sensitivity of the mosquitoes towards the skin type and the skin nature is also an important factor. The mosquitoes are usually more responsive to bad smells produced by acids. The acids can attract a lot of mosquitoes over time and hence can have a pivotal impact on the development of scars on the skin.

How to get rid of this?

There is probably no fruitful way to eliminate bad smells and odors. It depends on the inherent nature of the body type and skin. Changing lifestyle habits, such as increasing the intake of odor or using some good quality skin products and deodorants, might help in the short run. These efforts can be useful in preventing one from becoming a mosquito magnet in the short run. This is going to bring a huge amount of impact over the period.

This study is being undertaken to prove a positive relationship between the body’s odor and the ability to attract a lot of mosquitoes. The person’s genes and the inherent nature of the same have a lot to do with this. This is usually in order to bring a change in the way in which a person smells so that unnecessary embarrassment can be avoided.

🔵WebMD (2005-2022) Are You a Mosquito Magnet? (Available On):https://www.webmd.com/allergies/features/are-you-mosquito-magnet