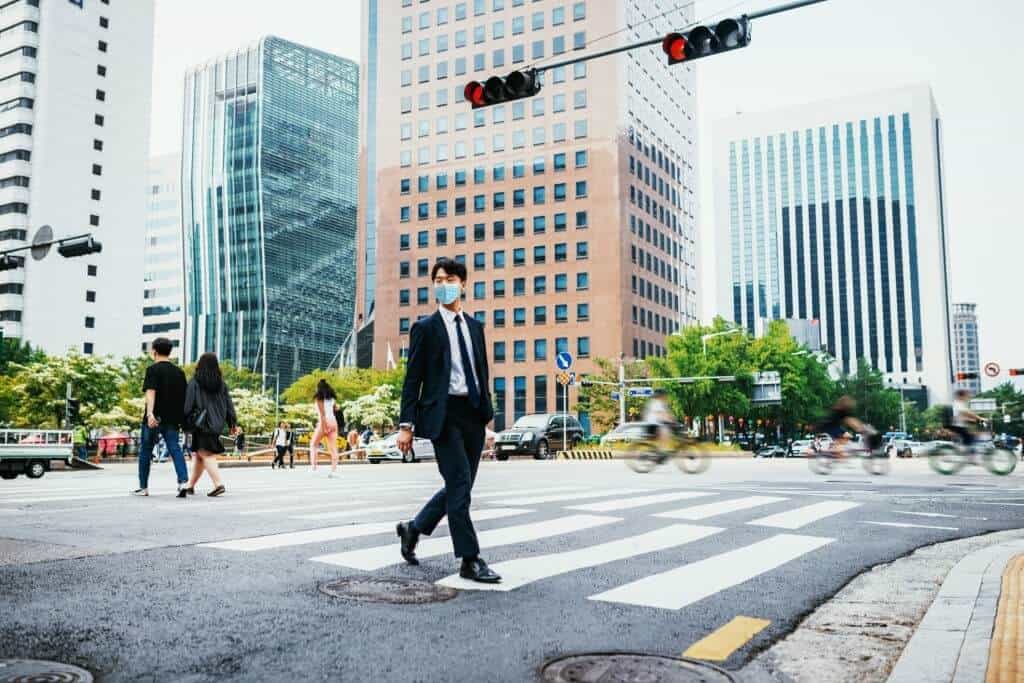 Despite an alarming outbreak of Coronavirus infections, South Korea has reported 2,155 new cases this month, almost matching a daily record set earlier this month. Over the last 50 consecutive days, more than 1,000 new cases have been reported in the country, including a record 2,221 on Aug. 11.

In Seoul and other large cities, where private social gatherings are forbidden after 6 p.m., officials enforce strong social distancing restrictions but haven’t invoked a lockdown because the virus has shown no signs of abating.

Chuseok, the Korean equivalent of Thanksgiving during which millions of people travel through a country to visit relatives, occurs next month. The Health Ministry fears transmissions could increase further during this holiday season. In addition to limiting train occupancy, the railroad is considering measures to reduce travel during this time.

ADDITIONAL INFORMATION ABOUT THE PANDEMIC

OTHER THINGS ARE HAPPENING:

In Australia, it has once again been a record day for Coronavirus infections in New South Wales. Additionally, there have been two deaths linked to COVID-19. Previously, New South Wales reported 830 infections within 24 hours. Despite the pressure, Brad Hazzard, the health minister for Australia’s most populous state, said Wednesday that the system is coping. Since the first COVID-19 cases were reported in Sydney on June 16, the death toll in New South Wales has reached 76. As of Wednesday, 45 new infections were reported in Australia’s second-most populous state, Victoria. Both states have been locked down.

People should volunteer in hospitals to assist health workers facing a flood of COVID-19 cases. In addition to delivering care, retired health workers could help with housekeeping duties and other activities at hospitals. A state official says volunteer assistance is desperately needed to keep the state’s medical facilities running. We’re dangerously close to crisis standards of care at this point, according to Dave Jeppesen. Data from the CDC indicate that COVID-19 hospital admissions for the previous week increased about 30%, while coronavirus infections statewide increased 31%.

An official from Mississippi’s healthcare system says that people spreading lies have threatened him and accused him and his family of receiving payment for their advocacy of a vaccine against the Coronavirus. Due to the state’s low vaccination rates and the highly contagious delta variant of the virus, the number of cases has risen rapidly in Mississippi since early July. For months, Dr. Thomas Dobbs has urged the public to get vaccinated. Tweets from Dobbs on Tuesday cited unfounded “conspiracy theories” about the Dobbs family. The first lie Dobbs claims relates to his son, who works with the World Bank and is also a physician, receiving a kickback whenever he tells people to get vaccinated. According to Dobbs, he makes zero dollars from vaccination promotion.

Doctors are warning people in Alabama not to use ivermectin as a home remedy for COVID-19 following an increase in calls concerning possible poisoning with ivermectin. In its 24 cases this year, the Alabama Poison Information Center at Children’s of Alabama handled 15 cases related to the prevention and treatment of COVID-19. The voice mail informs me that five more calls regarding ivermectin have been received. Compared to 2019, our center had six total calls involving dewormers in 2020, while six did so in 2019. As the human and animal formulations differ, doctors suggest that self-dosing is unsafe, especially since animals are given large quantities.

Ivermectin is approved by the FDA for treating parasitic worms and head lice in humans and animals, but COVID-19 is not among the approved uses.