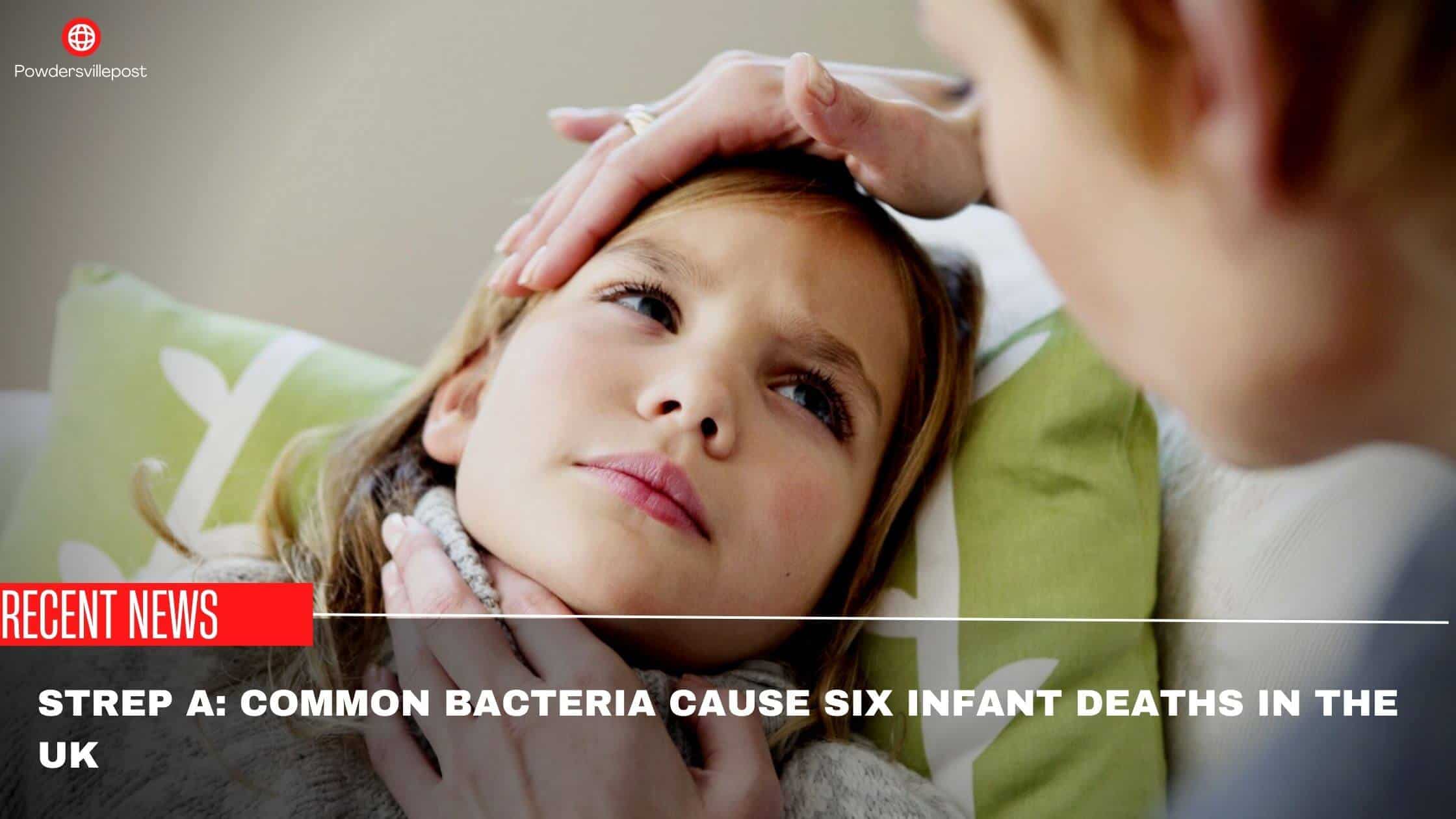 Strep A, a new infection in the United Kingdom has caused to recent deaths of six children. Health experts and officials advise parents and schools to protect children from the infection and take precautions accordingly.

Strep A is a bacterium that causes throat infection and scarlet fever. Strep A bacterium is normally seen in the throat and skin and usually arises during the winter season.

Strep A is a bacterium infection with symptoms and is also known as Group A Streptococcus (GAS). Strep A shows a variety of symptoms that are not similar in every infected people.

Sometimes it will turn up without any symptoms. symptoms will be minor in some cases, and it will be severe in some cases, but it is not fatal in all cases.

Most of cases people will not notice the disease because of lacking symptoms. It can lead to severe health issues like scarlet fever and badly affect children.

Because of scarlet fever parents keep their children from going to school.

Infection Is Easy To Spread

Strep A is a contagious infection it will spread to others through close contact, sneezing, and coughing. U.S Centers for Disease Control (CDC) and Prevention said on its official website about the symptoms that occur with the disease and that it is easy to spread in common crowded places like schools and daycare centers where children usually go.

Beate Kampmann, professor of Paediatric Infection & Immunity and director of the vaccine center at the London School of Hygiene & tropical medicine, said in her statement that, Strep A infection is not much harmless.

But in some rare cases, it will harm the body with severe health issues. Strep A bacterium produces a toxin that can easily gain access to the bloodstream and causes serious issues like heart inflammation, toxic shock, organ failure, and sepsis.

She added, the parents must seek advice from medical experts if their child is suffering from the so-called symptoms such as skin rashes, fever, muscle aches, and vomiting.

The United Kingdom Health Security Agency (UKHSA)  explained about the bacteria on their official website, Invasive Group A streptococcus is the term used to denote the bacteria when it invades our body. And it will become more dangerous when it invades the bloodstream.

Other Symptoms Of Strep A Bacteria

🔵 China Reports 2 More Covid Fatalities As Some Limitations Are Relaxed

Diagnosis Of Strep A Bacterium

Is There Any Treatment?

There is no vaccination found for Strep A Infection. Antibiotics are effective.

Precautions To Fight Against Strep A Bacteria

According to the UKHSA, this year saw a higher number of Strep A patients than in previous years. The death of five children has been reported in England and one death is reported in Wales since September. This year children under the age of 10 were infected the most.

Data shown by the UKHSA, 2017 to 2018 were the year of high infections reported.

This year other illnesses were also reported in children including mysterious liver disease and monkeypox.

UKHSA said Currently, there is no visible evidence in a new strain is spreading.  The increase in bacteria is because of social mixing.

🔵 U.S Centers for Disease Control and Prevention (n.d) Strep Throat: All You Need to Know Available [Online] at: https://www.cdc.gov/groupastrep/diseases-public/strep-throat.html\