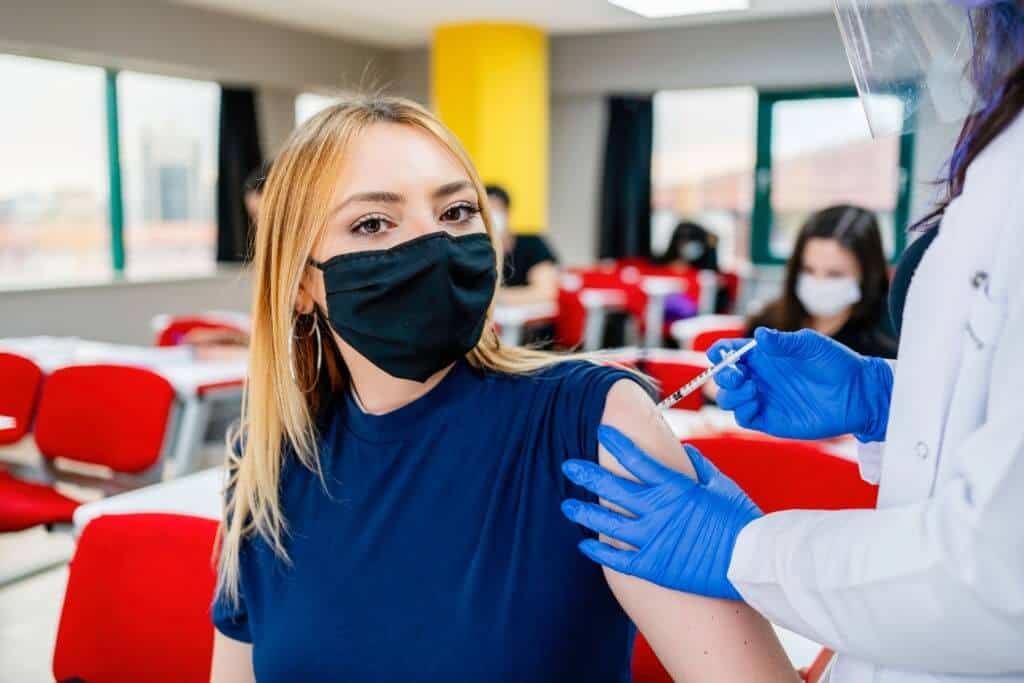 Students of most of the largest public universities in the US are under no obligation to be vaccinated against Covid. Some schools require vaccines but offer leniency for those who do not want to although there have been instances where students who do not comply have been expelled by some of the universities as well.

Administrators and faculty across the nation think that having high vaccination rates is key to bringing back normalcy to the campus as a new semester is about to take place amidst the scare of a third wave of the pandemic.

Students Are Pushed Towards Vaccinations With Prizes And Mandates

Schools are relying on incentives and outreach so that more vaccinations are taken by students even though political opposition is faced by mandates. Only 55% of students enrolled in 26 of the nation’s 50 largest public universities are represented by those that do not require vaccination.

The Associated Press looked at the largest campuses between 2019 and 202 which offer housing on campus and also award bachelor’s degrees. Universities that have mandates for vaccines are concentrated in California and the Northeast.

Florida, Texas, and Arizona states that have restricted the ability to implement vaccine requirements. Almost all the universities that do not have mandates are concentrated in these areas.

In the University of Connecticut, even though vaccinations are required, those who have opposed getting the shots have been dealt with leniently. No matter what the reason is, more than 800 exemptions have been granted without rejections.

Dr. Andrew Agwunobi, the University’s interim president said that the concerns that the students have about the vaccines are being worked out with the officials in order to understand the reasons. He is also a pediatrician.

He said that they are open to educating the student as there is a lot of misinformation that has been spread. He added that students are being worked with to understand their concerns and ensure that they eventually end up on the same page about vaccinations.

Clinics for students who had not been vaccinated yet have been set up so that they can get shots as soon as they arrive. Cindy Barreto was one among those who signed up. She said that it was hard to get an appointment in Brazil and that her brother had been hospitalized with intensive care.

She said that people who have been waiting to get the vaccine should not do that.

Students are hoping for a better experience this fall as almost 25% of classes were online in the previous year. About 90% of classes this semester were supposed to be in person. At this particular university, about 11,000 of the total 19,000 students live on campus.

Those who are unvaccinated are tested weekly and all students are required to wear masks indoors.

Sahiti Bhyravavahala, a sophomore said that she spent her freshman year taking online classes at home. She said that while she was at her friend’s residence hall, she was talking to a bunch of people and thought to herself that she has not been able to do this in a long time, especially with people her age.

She added that it really does feel surreal and overwhelming, but she was also excited to meet new people. Among students, 10 Covid infections have been recorded since the semester began. At the University of Central Florida, a raffle was being held with prizes for students who have been vaccinated.

Republican Gov. Ron DeSantis prevented the school and other organizations from mandating vaccines by issuing an executive order.

Joseph Harrington, a physics professor said that a lot of the professors are scared because they are unable to identify who is vaccinated. He is the chair of the UCF Faculty Senate.