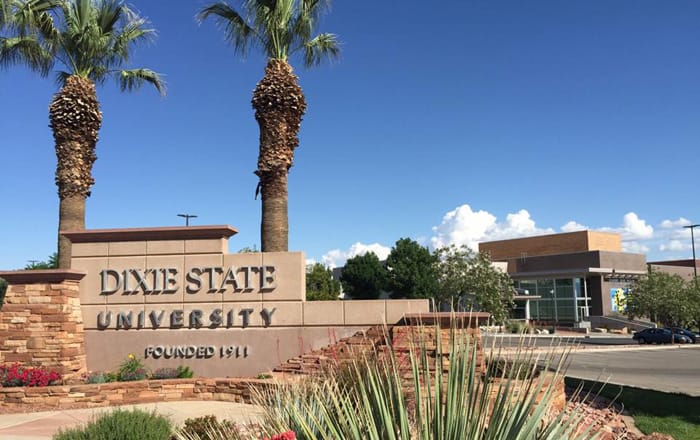 Around 50 students are reported to protest and demanded to remove “Dixie” from the name of the Dixie State University. They took about 300-mile bus trip to meet with state senators and protest in the Salt Lake City. They started from St. George in the southwestern corner of the state.

State Senate leaders have agreed to bring a bill and debate over this in the session after the student’s protest at the Capitol.

The bill was said to be passed the House on Feb 10. But later it got stalled on the Senate.

The trip to protest in favor of the name change of the school was organized by nursing student Abigail Scherzinger. He said that there is a stigma regarding the name that is of concern for the students. Students want the word “Dixie” to be dropped from the school’s name.

She added that students have to face issues for getting hired. They spent precious four years of their lives at the place and to forget have spend thousands of dollars on their education. If they are not hired afterwards, then there lies an issue.

Twenty years old Scheringer leads the student government association as its chief. She is also concerned that it is going to be harder for her to get into a graduate program outside Utah.

Even the school’s board of trustees had voted in favor of changing the name of the institute in December. They agreed that given the negative connotations around the word, it need to be removed.

It has been a century that the name Dixie is used to represent the school. The University is located at St. George and the word carries a cherished meaning in St. George.

The University has been nicknamed as “Utah’s Dixie” since 1857. That period was marked by the 38 families who moved at the place and established a town. Many families who hailed from south used the name to refer to their old homes. The name also belongs to other infrastructure as well including local businesses, local high schools and local institutions.

The word is also linked to the national conversation during Confederate monuments, racial injustice and slavery.

After the student protestors demand, Sen President Stuart Adams said that a debate on this matter will be held this session and also more of the input will be sought from the community before the end of the general legislature session.

Gov Spencer Cox also agreed to the bill and said that it was inevitable. The name change is required and that he is ready and prepared to approve and sign the law that allows the name change of the University, if only the bill lands to his table.

Students including Scherzinger, said that they love the community and the word Dixie and also respect its origin. Though they do not want to change the name, but they had to do so as it is affecting the students.