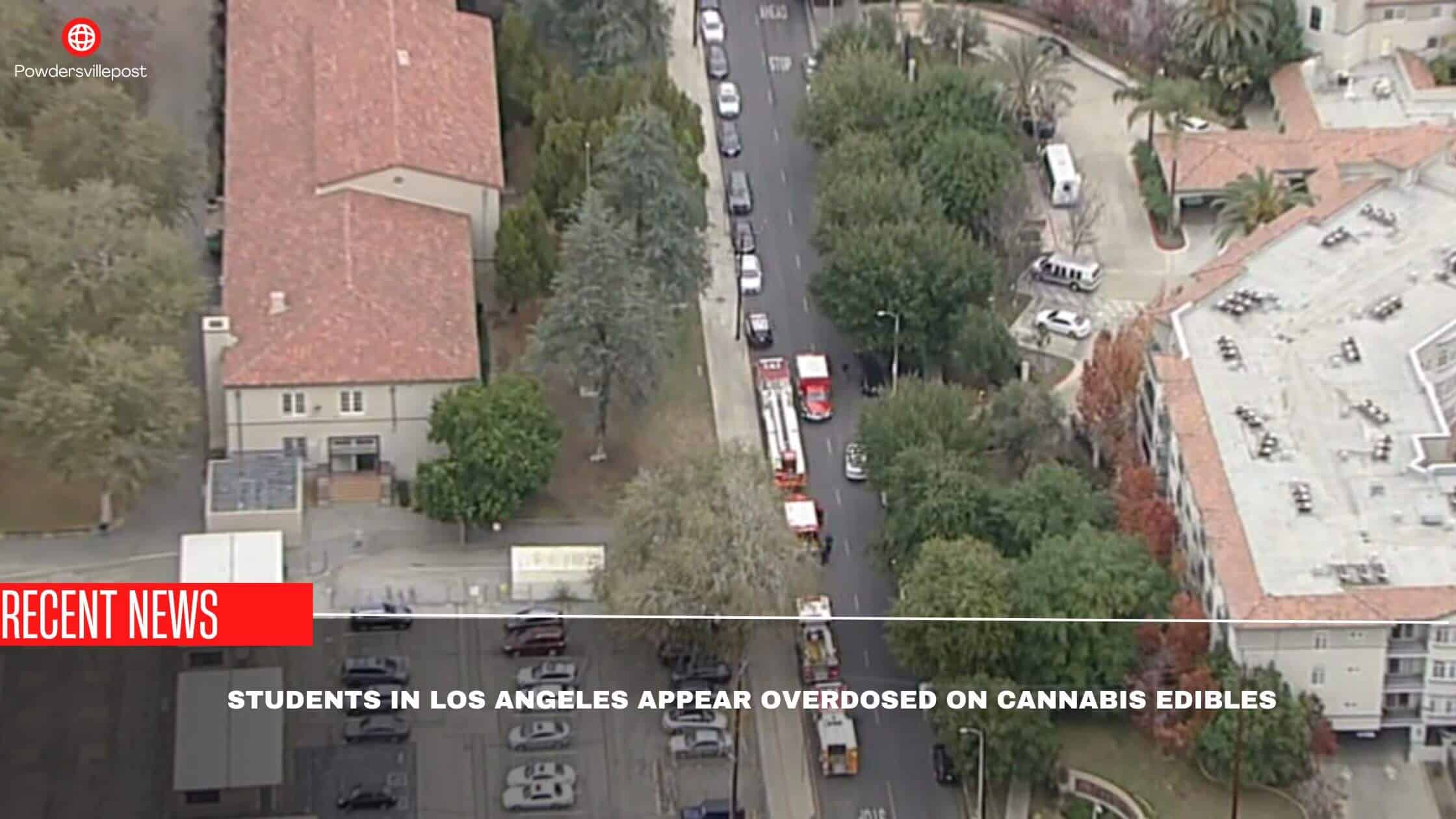 Middle School teenagers from Los Angeles were found in a state of distress after they allegedly consumed edibles that contained marijuana. In what seemed like an instance of marijuana Overdose, kids in the age group of thirteen and fourteen years were found in Van Nuys Middle School at San Fernando Valley by the Los Angeles Fire Department (LAFD).

After a thorough investigation by the Fire Department team, it was found that the kids might have had edibles that contained marijuana. There were around ten students who complained of mild to moderate distress and the LAFD team couldn’t find more students with the issue.

A Number Of 10 Students Reported On This Case!

Captain Erik Scott of the LAFD said that it was not clear whether all of them got the marijuana-containing edibles from the same source and an investigation is being conducted to establish the same.

However, the LAFD team confirmed that the edible substances didn’t contain any other harmful drugs like Fentanyl which could have created worse health problems with an overdose.

In an April news report, authorities informed about the presence of a lot of copycat marijuana edibles in the market.

These would look exactly like small candy packets that the kids would buy. These copycat brands come in similar packaging to popular candies and chips like Gushers, Doritos, etc. which kids actively buy and consume from stores.

Danielle Ompad, associate professor at the department of epidemiology,  NYU School of Public Health said that if a kid accidentally consumes these “candies” even in mild quantities, it can cause temporary distress in them. Ompad stated that the THC content in these products is labeled as around 500-600 mg which is considered to be a high dose even for adults. Adults who use THC for recreational purposes also don’t use more than 10 mg.

It is not clear whether the Van Nuys Middle School incident has something to do with these copycat marijuana edibles but the presence of these products in the market is a cause for concern.

Christopher Gindlesperger, senior vice president of public affairs and communications at, the National Confectioners Association said that these illegal imitations are being sold actively and they are blatantly breaking all copyright and trademark regulations of famous brands too. Major brands like Hershey’s, Ferrara Candy and Mondelez Canada have already launched legal cases against these knockoff products.

🔵Cannabis-Containing Candy Was Among The Drugs Seized By CNB

Ompad warned that since young kids are easily drawn to these colorful packing and sweet products, they can be the most vulnerable group.

The US Centers for Disease Control and Prevention states that a kid who has consumed marijuana products can have symptoms like difficulty in breathing, walking, and sitting. According to a study, almost 46 percent of cannabis exposure in kids comes from these kinds of edibles.

The kids from the Los Angeles middle school are not under any form of health hazard. The paramedics didn’t have to administer the overdose-reversing drug because there were no traces of any dangerous or synthetic opioids in the students. Out of the total ten students who were affected by the marijuana overdose, around seven were taken to the hospital.

The Los Angeles Unified School District responded to the incident by releasing a formal statement. They have assured that the school premises are absolutely safe for the kids and any sort of health issues or distress can be communicated to the school staff.

Los Angeles Unified is also in active contact with the LAPD and the Los Angeles healthcare department so that the health and safety of the school communities are maintained as the top priority. They are also making efforts to train the school staff to handle such situations and also to keep the school environment safe and proactive.