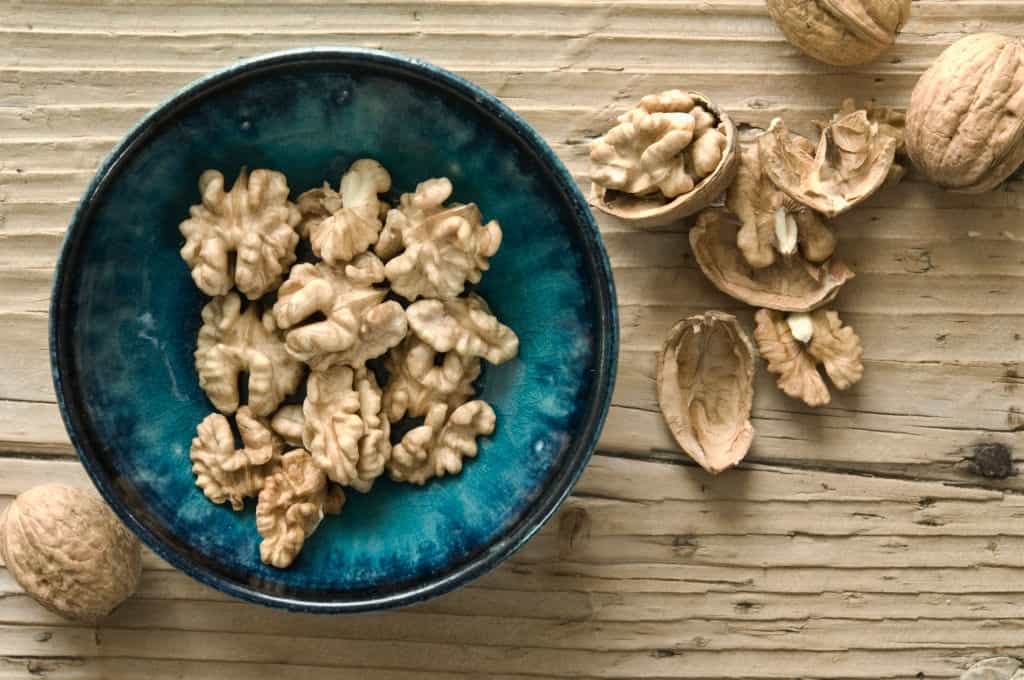 Recent studies suggest that enriched with omega-3 fatty acids, walnuts may prevent heart diseases. Throughout the years, scientists have tried to study if walnut consumption can reduce the risk of cardiovascular diseases.

A meta-analysis of 2019 suggests a connection between consumption of walnuts and lower risk of heart diseases and death, including reduced risk of atrial fibrillation and lower coronary heart disease risk.

A new study appeared in Circulation, a journal of the American Heart Association. The study examines if two walnuts every day for two years can change levels of cholesterol. This study emphasizes more on older people.

The authors of the study found that diets that included walnuts reduced levels of cholesterol and also reduced LDL cholesterol, which is often recognized as bad cholesterol.

The scientists observed the subjects’ LDL cholesterol subclasses. Small dense particles of LDL, one of the subclasses, are linked with atherosclerosis. This condition occurs when arteries get filled up with fatty deposits.

The study concluded that consuming walnuts every day lowered both, level of small LDL particles and the total number of LDL particles.

The study’s senior author, Dr. Emilio Ros, who is also Spain’s Hospital Clinic of Barcelona’s Lipid Clinic at the Endocrinology and Nutrition Service director, said that he, along with his colleagues, has been studying walnuts’ health benefits for years.

He said that they have always gained positive results from these studies with improved function of endothelial, lowered cholesterol, anti-inflammatory effects, and lowered blood pressure.

The research in this study indicates that regular consumption of walnuts can lower LDL cholesterol levels and improve LDL particle’s quality. This makes them reduced atherogenic. This will happen without undesired weight gain despite the presence of high fat in walnuts.

Dr. Ros said that he chose this study as no other studies tried examining lipoprotein composition, which is capable of giving insight on walnuts’ antiatherogenic potential.

There were a total of 636 subjects between the age of 63 to 79 years. They were all residents of Spain, Loma Linda, or Barcelona. 67% of them were females. They were healthy, free of any underlying conditions.

A majority of them were on high blood pressure and hypercholesterolemia medications. 32% of participants were taking statins.

The researchers told a group of subjects not to consume any walnuts. Another group was instructed to consume half a cup of walnuts every day. After a while, the researchers examined the cholesterol levels of the participants and used nuclear magnetic resonance spectroscopy to test the size and concentration of lipoproteins.

They found that subjects who ate walnuts had lowered LDL cholesterol levels. Their levels were decreased by 4.3 mg per dl and an average total cholesterol level of 8.5 milligrams per deciliter.

For the participants who ate walnuts, changes in them differed by gender. In females, LDL levels of cholesterol reduced by 2.6%, and in males, it lowered by 7.9%.

Memorial Care Heart & Vascular Institute in CA’s Orange Coast Medical Center’s interventional cardiologist, Dr. Sanjiv Patel, said that the study doesn’t add anything much to what science already knew. He said that it was already known that nuts were healthy and beneficial.

He said that what he appreciated was their study’s time span being two years and not just some weeks. He said the participants reported a moderate reduction, but not to a noteworthy level. He added that people shouldn’t gulp down much after reading this study. They should consume only a handful every day.

Dr. Ros said that he would want to carry out a study in the future that examines adding walnuts into people’s diets, especially those who are at risk of cardiovascular diseases.