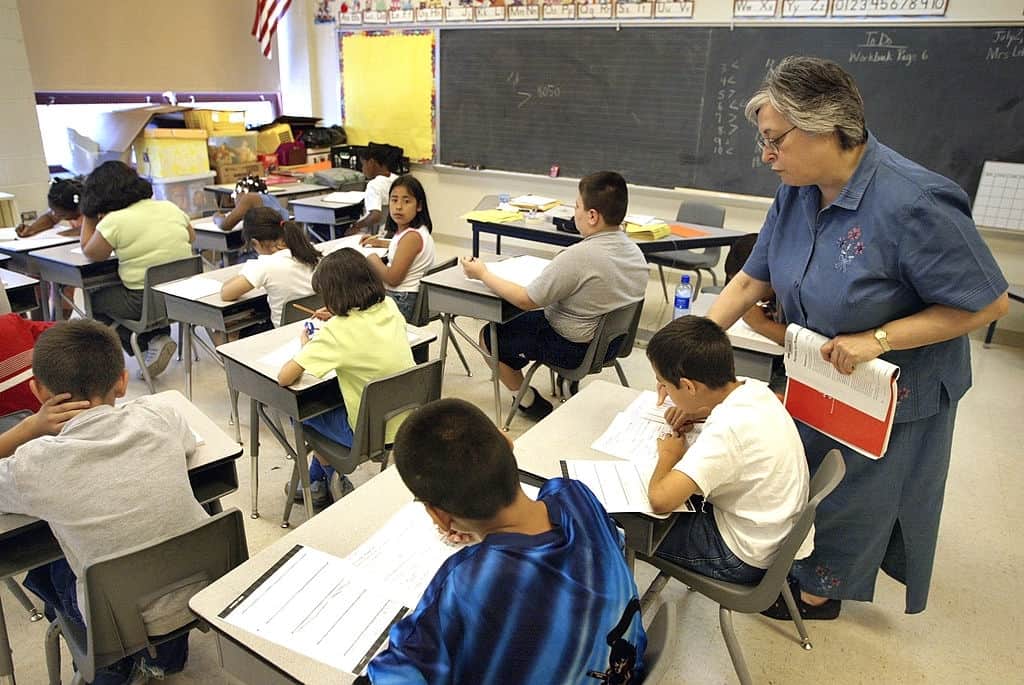 Many schools have scrapped their reopening plans as they are facing a shortage of teachers. To add to their problems, the summer parties have spiked the number of covid 19 cases, and this has become a huge issue for the officials. Christine Finn, Superintendent of Carle Place School District in Long Island, announced that schools would open to remote learning, and they are not able to offer in-person classes. He said that they did not have any choice, and they wanted to keep the staff and students safe during this pandemic.

She also blamed the summer parties for an increase in the number of positive cases and commented that the actions of a few community members are hurting everyone. This is not an isolated case as many other suburban school districts in Milwaukee and Georgia has also scrapped their reopening plans completely due to a spike in the number of cases. Some schools have delayed the plans, and they want to open with some students in the classrooms.

Apart from the summer parties, the shortage of teachers is another problem that is bothering the schools across the US. According to Burbio, that aggregates more than 80000 school calendars across the country, more than 60% of the public school districts are scheduled to start with remote learning only. As per the data available with the company, as many as 52% of the districts were planning to start remote learning in the month of August. However, things have changed drastically in the last few weeks, and the increasing number of covid19 cases has prompted many other districts to opt for remote classes.

Some schools are also planning to open them in September and October after making suitable arrangements. Many of them are not in a position to immediately open the schools as the buildings are not yet ready to handle the situation. Apart from that, in many places, the safety gear has not yet arrived, and school authorities are left with no choice but to delay the reopening plans. Such changes have irked many parents who are voicing their concerns about the lack of preparedness of schools. They have also criticized the districts for not making suitable arrangements to send kids back to schools.

District leaders are facing multiple problems at once in this situation. The shortage of teachers is one big reason why many districts opted for remote classes. Many teachers have requested that they would prefer to work from home due to age, safety and other factors. Apart from that, many of them have already resigned as they see no signs of the situation improving in the next few months. Others have taken leave of absence, and schools are not able to find suitable replacements within a short duration of time. Some parents have even protested against the remote classes. In New York, about 100 parents from Bernards Township School District protested against the delay of in-person classes. However, the authorities opened schools to remote learning on September 3rd.

The school authorities said that they will not open classrooms as of now, and they plan to shift to a hybrid schooling model only after October 1st as they need time to meet the state guidelines for holding in-person classes in the school buildings. According to the district’s reopening plans, school authorities have to obtain protective gear for the teachers and make suitable arrangements in the buildings for the safety of children and staff members. The schools are also facing a shortage of staff members, and it has become difficult for them to arrange replacements in short notice.

About 250 staff members requested a leave of absence or filed to work from home at the New Jersey’s Freehold Regional High School District. This prompted the district to reverse its plans of in-person classes about two weeks before the scheduled reopening date. On Thursday, the school switched to online learning. The authorities say that other nearby suburban districts had also changed their plans for remote learning, and this trend spread to nearby regions.

This has upset many parents who were expecting the schools to reopen for regular classes. At least they were expecting the schools to go for a hybrid start with kids attending some days of school and managing with remote learning for the rest of the schedule. The Wyckoff School District in New Jersey had to delay its plans for regular classes due to a shortage of protective gear. They informed parents about the issues, and they are also awaiting new desks for the building keeping in mind the new guidelines for the reopening of schools. They plan to reopen the schools as soon as suitable protective gear arrives, and the building is organized according to district guidelines.

The recent spike in positive cases is yet another reason why schools are not sure about opening for in-person classes. The summer parties led to a spike in cases across many districts, and many feel that it is not the right time to take risks with reopening schools. Even when all the safety measures are in place, most schools plan to open for hybrid classes, and they are not yet in a position to open regular classes for all students. It would be interesting to see the developments in this regard in the next few weeks.