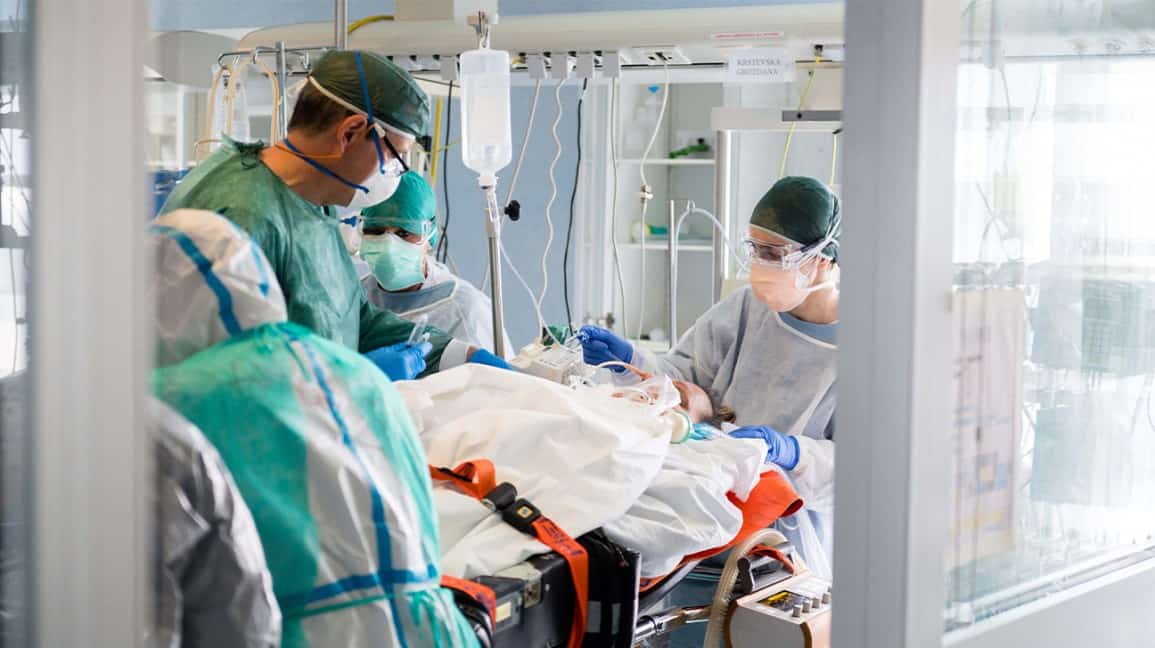 A ray of hope has emerged for Covid-19 patients suffering from damage to their windpipes due to the breathing machines. New York surgeons have successfully transplanted a windpipe to a woman suffering from severe asthma.

The thought of a windpipe transplant was long dwelling among the doctors. But there were concerns regarding the process of supplying the trachea from a donor to the recipient’s blood supply. Dr. David Klassen, who is in charge of the US transplant system and is the chief medical officer at Unos (United Network for Organ Sharing, the process of transplant is technically challenging and difficult to administer.

This new feat in the medical sector has been achieved in the Mount Sinai hospital of New York. Sonia Sein, a 56-year-old social worker, has been suffering from severe breath issues for the last 6 years. And this was after the treatment of asthma has left her windpipe damaged. But she is reportedly doing fine after the success of the transplant.

It has been three months since Sein underwent the transplant. And until now there are no complications observed. According to the transplant surgeon of Washington University, Dr. Alec Patterson, there is enough success in the transplant due to which there are still no signs of failure. However, experts are of the opinion that Sein needs to continue taking powerful drugs for at least the next few years to prevent any rejection of the organs.

Sein had experienced a severe asthma attack in 2014. To help her breathe, doctors inserted a tube in her throat. Though the procedure helped her resolve the breathing issue, it affected her trachea. There was an absence of treatment options for major trachea damage until now. Consequently, all efforts on reconstructing her windpipe failed.

The windpipe is a complicated tube responsible for carrying air to the lungs. The pathway requires a smooth flow of air to the last air sac present in the lungs. There are tiny hairs present that facilitate the movement of mucus. It is possible to remove a damaged part of the windpipe. It is also possible to prosthetically replace a damaged portion or repair it with a tissue extracted from the skin of the patient. But all these methods are not capable of restoring the full functionality of the organ. In case of total damage, a transplant is the only option.

But the current success achieved in the transplant of the windpipe is seen as a hope for those patients who are suffering from total damage of the tube. Doctors are also considering extending this option of windpipe transplant to patients who have tracheal birth defects, damaged windpipe from ventilators, or airway diseases that are beyond the scope of treatment.

Sein’s operation was led by a team of 50 specialists who spent 18 hours administering the procedure. The team received their first signal of success when the organ came to life.

Patients suffering from Covid-19 have been found to be at some risk of serious throat injuries caused by ventilators. Though the cases of covid patients requiring ventilation are rare, there is the danger of experiencing damage to the windpipe for some. The risk was high in the initial phase of the virus when more patients were requiring mechanical ventilation for several days. But the second wave of the virus has fewer possibilities of intubation. However, people with preexisting lung conditions are still in danger.

So, the possibility of a windpipe transplant is a major relief for the Covid-19 patients who are suffering from a damaged windpipe. Patients who are on breathing machines are prone to such damages. But this new achievement in the medical sector can help them breathe freely again.