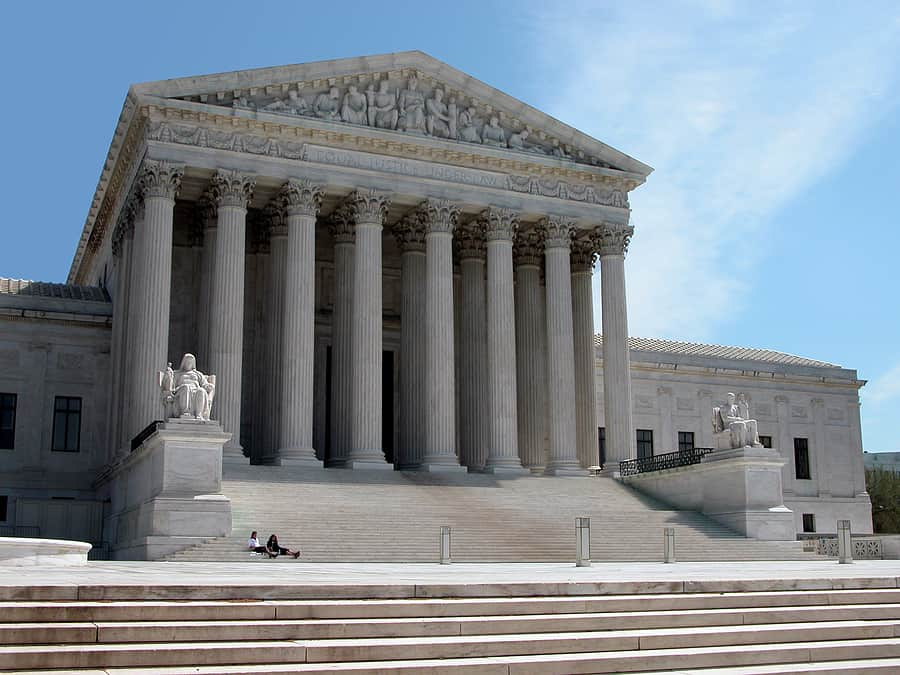 The Supreme Court’s support for religious freedom was clearly seen in the ruling given by Associate Justice Clarence Thomas in the recent case. Three Muslim men who were placed on a no-fly list by the FBI were allowed to seek monetary damages. The FBI had put them on a no-fly list as punishment for refusing to become informants.

The case that involved three Muslim men, Naveed Shinwari, Jameel Algibhah, and Muhammad Tanvir, claimed that the FBI agents put them on the no-fly list by the government as they did not want to spy on fellow Muslims.

The Department of Homeland security later removed the restriction and allowed them to fly. However, the men claimed that this had caused them losses due to wasted airline tickets and lost job opportunities. The Court ruled that any person whose exercise of religion has been unlawfully burdened by the government may obtain appropriate relief against the government. However, the judge ruled that the term government extended to individual officials, and the three men were allowed to sue the FBI agents.

It is interesting to note that the High Court has consistently defended religious freedom in recent years. Last month, the Court had ruled in favor of religious organizations to remove the restrictions to gather at houses of worship during the coronavirus pandemic. As soon as the pandemic started during the early months of this year, religious organizations were completely shut down across several States. Most of the churches and other places of worship organized online gatherings for many months during the pandemic.

Judges who ruled, in this case, said that the restrictions imposed on individual Liberty and religious groups were discriminatory. In this regard, the restrictions to gather at places of worship was removed recently.

It would be interesting to see the stance of the new government in this regard. It has caused severe embarrassment to the image of the nation. The democrats may take a softer approach in this regard and consider making changes to the travel ban issued for visitors from several Muslim Nations.

It is common practice for the FBI to put people on a no-fly list when they perceive that they are a threat to the nation. When such a person tries to enter the country, they can be blocked at the immigration without giving any valid reasons. Apart from that, the authorities may even take them into custody and interrogate them with regard to the purpose of their visit and their other activities in the US.

However, it has come to the notice of the courts that such practices are sometimes misused by the FBI agents to pressure some individuals to work as informants for the government. When the agencies had people from the Muslim community as informants, they were able to get more information about other people who were on the suspect list.

The Supreme Court has taken the issue seriously and said that they would not tolerate such attempts by the law enforcement agencies to harass the common public to work as government informants. In this particular case, the three Muslim men lost income as they were put on a no-fly list by the FBI agency. This was done just because they disagreed to work as government informants and spy on other Muslims.

The Court noticed that this was a clear case of harassment and ruled in favor of the Muslim men. The Court said that they can now claim monetary relief from the FBI agents who put them on the no-fly list without any valid reason.