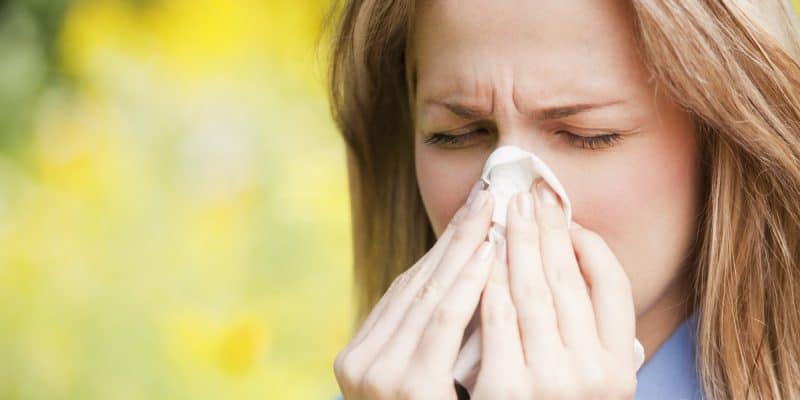 Allergies can be simply defined as an exaggerated immune response of the body caused by some foreign object.

Some of the common symptoms associated with allergies are sneezing, itchy eyes, and wheezing.

Tackling Some Myths And Misconceptions About Allergies

The severity of allergic reactions varies from one person to another; while for some, it can be an uncomfortable condition, for others, it can be potentially life-threatening.

Looking at the statistics:

According to the data of the Center for Disease Control and Prevention (CDC), an estimated 60 million people in the USA suffer from allergies each year.

As per the official data of the World Health Organization (WHO), roughly 20% of the global population experience allergic reactions.

Hay fever is one of the most common allergic conditions that affected roughly 19.2 million adult population of the US during the year 2018, and experts believe that the figure is likely to rise in coming years.

As explained by Dr. Omid Mehdizadeh, an otolaryngologist at the Providence Saint John’s Health Center in Santa Monica, California, allergies is on the rise in the USA.

He further adds that the increase in the prevalence of allergies can be attributed to the changing climatic patterns and the pollen bloom that the US is presently experiencing.

Since allergies are becoming a common occurrence in the states it is important to bust some of the myths associated with the condition.

One such myth is that allergies can develop only in children. However such a belief is baseless, according to the findings of a study, 40,443 adults in the US reported food allergies and during the survey, 10.8% of the survey participants were reportedly having some form of food allergies.

The finding of the study further implied that at least one of the reported food allergies was developed once the individual reached adulthood.

The popular belief that allergies don’t have any treatment is also not true. The best way to prevent an allergic reaction is to avoid anything that can trigger the reaction.

However, in modern medical science, there are medications available to treat the condition. For example, any form of nasal allergy can be alleviated by using decongestants, along with antihistamines and nasal sprays that can also provide relief.

There are also options of allergy immunotherapy that can effectively treat the condition.

There is often a prevalent confusion that food allergies and food intolerances are mutually inclusive, however, that is not the case. Food allergies are caused by the reactions of the immune system of the body involving the immunoglobulin E.

Whereas, food intolerance is not caused by the immune system of the body and takes a long time to develop, compared to food allergies that trigger a rapid response.

It is also important to note that food allergies in certain extreme cases can prove to be fatal, but no such risk factor is associated with food intolerance.

Another popular circulation about allergies is that they are a condition that lasts for a lifetime, such claims are largely baseless.

Although there are certain allergies that can last throughout a person’s life, some can wane away with time and advancing age.

Also, the myth revolving around certain animals and flowers being the trigger for allergic reactions is untrue. There is no such thing as long hair coat breed of cats or dogs can cause allergy or hypoallergenic breeds disseminate such probability.

The pollen that causes allergic reactions in humans comes from trees and grass contrary to the popular belief of flower pollens causing allergies. Pollens of flowers are much larger in size designed to facilitate reproduction. These pollens are not airborne and cannot get into our system to cause allergic reactions.

Allergies are extremely common and can vary from mild to a severe and fatal condition.

Although the current treatment for allergies at managing the symptoms and avoiding the triggers, scientific research holds the promise that a cure can be invented any day.