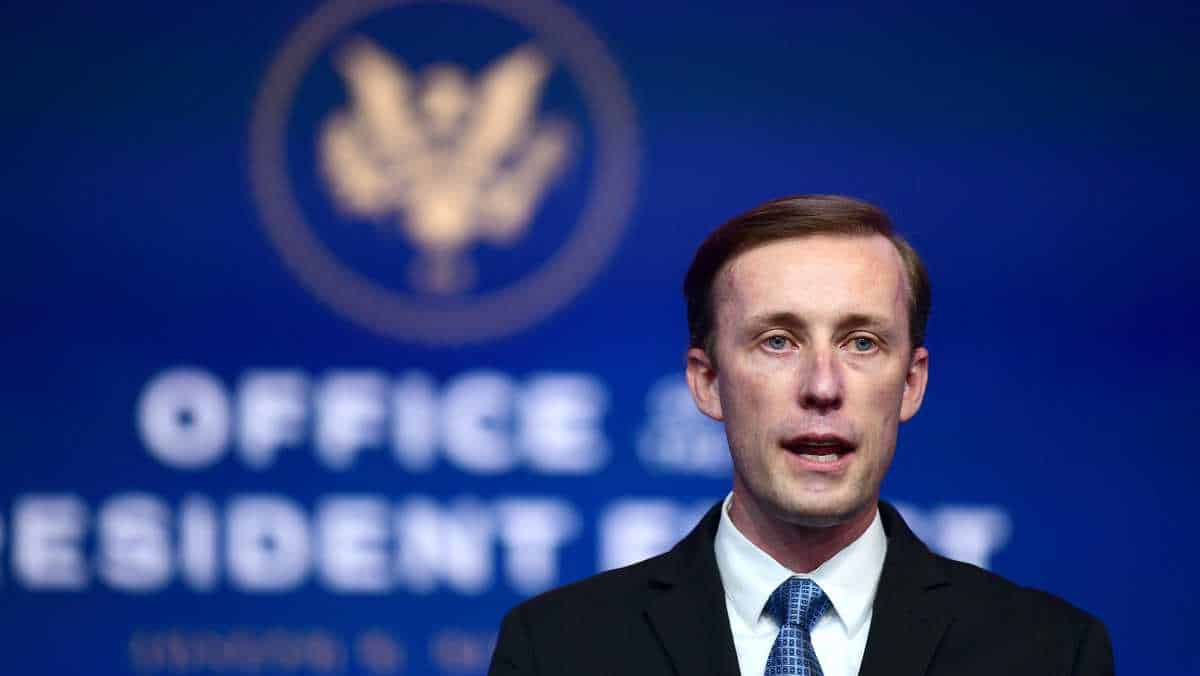 In Biden’s administration, Jake Sullivan, National Security Adviser, said that the White House has begun communicating with Iran about the American hostages in that region. He said that this issue is one of the most prioritized issues for the administration.

According to Sullivan, the White House is active in communicating at least the release of five American citizens that are held hostage in Tehran.

Talks Going On With Iran Over American Hostages

Sullivant told in an interview to CBS News that they are going to be very direct about the unjust and unlawful detention of American citizens in Iran. He added that the White House is outraged with the humanitarian catastrophe over the detention of their people.

He also said that they are not going to negotiate or accept any long-term proposition that allows Tehran to hold the American nationals as detainees in their country in an unlawful manner.

He said that talks have already begun with them regarding the issue. He added that they will continue communicating with Iran going forward as well. Getting the American citizens back home safely is of great importance for the country.

According to a report of Foley foundation, around 43 American nationals are known to be publically detained in 11 countries that include Iran, Syria, Afghanistan, Turkey, Egypt, Russia, Venezuela, Rwanda, and Saudi Arabia. Talks are ongoing with Iran at the moment regarding the detainees.

In Iran, only a dozen hostages of dual nationality are being detained. This includes five American nationals. The hostages are held back and detained in Tehran on charges of espionage.

Secretary of State Antony Blinken has also talked about the issue earlier this month. He met and talked with the family members of the detainees.

The families are happy and said that this was a positive gesture, and they are now hopeful of receiving them back. They are touched by the Biden Administration’s efforts and said that bringing back their loved ones home is indeed a priority of the White House.

According to Sullivan, Twhran has not responded yet about the proposed meeting initiated by European Union. The meeting was about the discussion on Iran’s nuclear program. Sullivan added that this indicates that the ball is still in America’s court.

He added that no talks have yet begun with the country about the rejoining of the International pact of 2015 that restrain the nuclear development program of Iran to develop nuclear weapons. This is to ensure a peaceful purpose in the region and around the world.

The Biden administration has also announced that even America is willing to sit down and discuss the Iran nuclear deal with Tehran and other signatories involved in this matter.

He said that the United States will definitely accept an invitation from the European Union High Representative. The invitation to attend the meeting of the P5+1 with Iran is yet to be scheduled to discuss a diplomatic way for Iran’s nuclear program. State Department’s spokesperson Ned Price had confirmed this statement.

The Iran nuclear program is a deal that restricts Iran from enriching the Uranium from the mining sites. The deal has reduced the enrichment process to 98%, and the country is allowed to do enrichment of Uranium from the ires only at 3.67%. This ensures that the quantity of uranium is far less than that is required to create a nuclear bomb.

The P5+1 refers to the countries that are permanent members of the United Nations Security Council. The countries are France, Russia, China, the United Kingdom, and the United States. The plus one refers to Germany. In European countries, the name of the UN security council goes by E3+3.