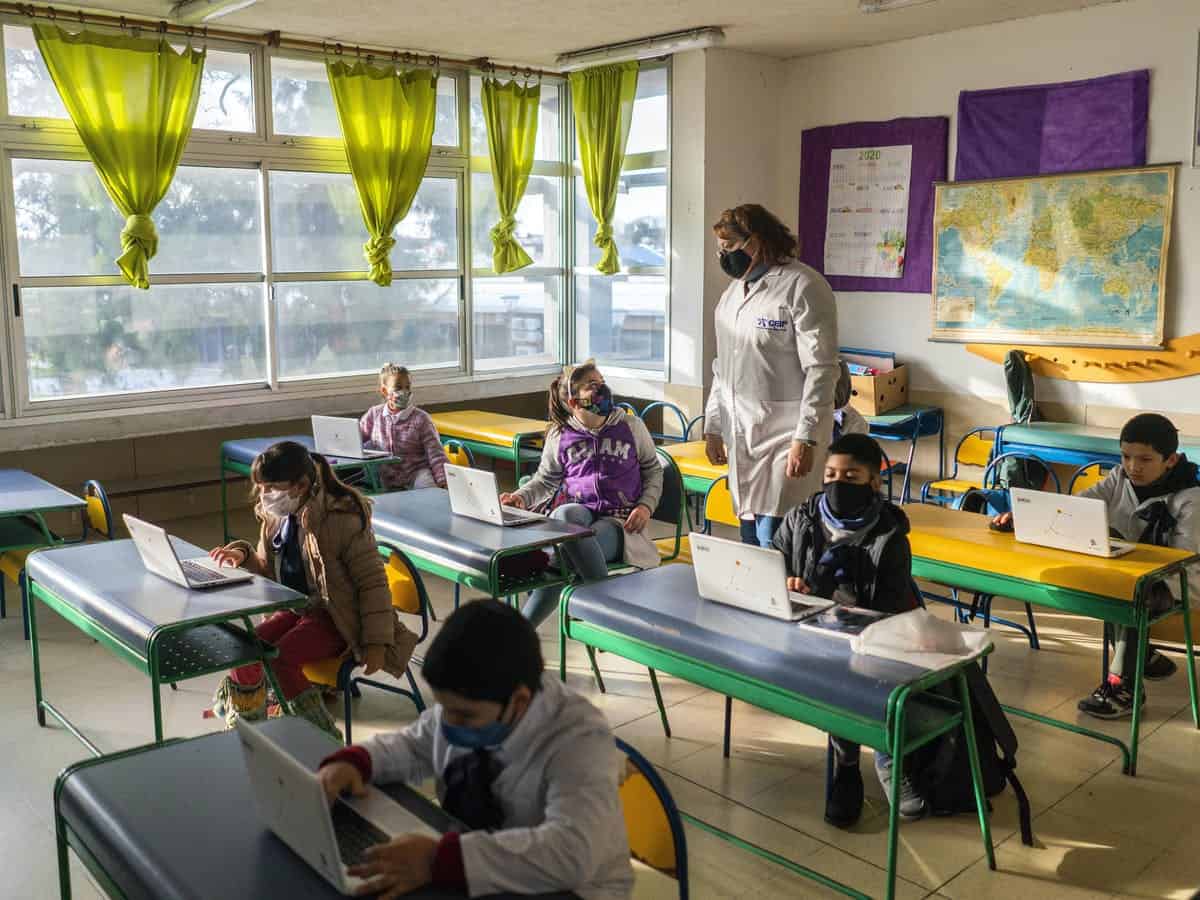 According to education experts, school staff and teachers were keen to return to the classroom with their students. However, there were still obstacles to in-person instruction even a year into the Covid-19 pandemic, CNN reported.

Teachers, School Staff, Want To Be Back To Classroom Instruction, But Uncertainty Reigns Over Full Reopening.

Speaking to CNN’s Jake Tapper on Friday, Becky Pringle, President of the National Education Association, said that was the way they were trained to teach and work with them, and they missed them. She added they wanted to get back to the in-person mode of instruction.  To make that happen, it was important, according to Pringle, for teachers, staff, parents and students to be convinced that school was a safe place to be.

As of Monday, educators and teachers across all 50 states would be eligible for receiving the vaccination against Covid-19. The eligibility came with the US seeking to ramp up vaccination efforts to curb the spread of coronavirus variants and pushing ahead on a course toward ushering a sense of normalcy.

According to Secretary of Education Miguel Cardona, who spoke to Tapper, the full, five-day week classes reopening of the over 14,000 public school districts was his top priority, but he could not say when that would happen.

Cardona said it was unprecedented, and he felt that schools were following science which he thought was hard work. He added that no playbook existed for it in any course in leadership.

It was a balance to ensure that the needle was being moved in the right direction to get in students daily, but that had to be done ensuring they were adhering to the strategies for mitigation that had worked to keep US schools safe, he added.

The distribution figures had hit over 100 million doses for Covid-19 vaccines as of the date in the US, and President Joe Biden said that by May 1, all adults in the US would be eligible.

With the adult population in the US around 255 million people, as per Census data, the US would have enough supplies for the full vaccination of 300 million people by the end of May, as per the Biden administration and Pfizer, Moderna and Johnson & Johnson projections.

Meanwhile, Maine was one of the states expediting plans to have all adults eligible by May 1.

Meanwhile, according to an announcement by state officials, Michigan was set to vaccinate residents over 16 starting April 5, ahead of the national schedule.

Furthermore, even as efforts by officials were on to step up vaccinations, experts hoped coronavirus treatments could mitigate its impacts. Experts entertain high hopes from monoclonal antibodies.

According to the National Institute of Allergy and Infectious Diseases director Dr. Anthony Fauci, while monoclonal antibodies were being seen as a very fluid area of research, many of these treatments had shown really dramatic results that helped fight the disease.

He was speaking Friday at a briefing by the White House COVID-19 Response Team. He referenced several recent studies that showed how the treatments helped patients fight the disease in its early stages.