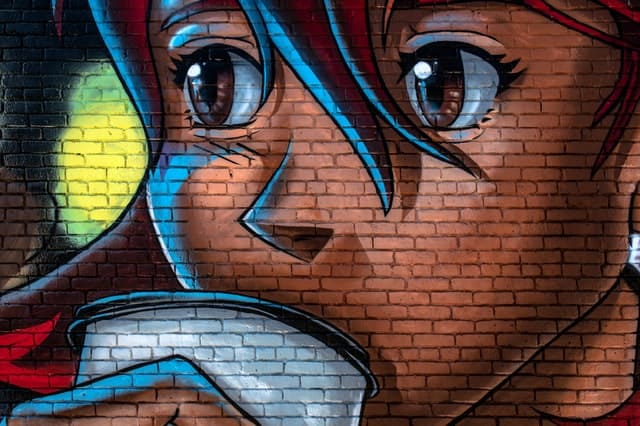 Hulu is also a decent contender for that chill anime night. With over 400 anime titles, Hulu is one of the biggest non-anime-oriented streaming services.

Giving you access to mostly all anime genres; Hulu provides plenty of fascinating content to keep you entertained for hours. Of course, you might go for Crunchyroll or Funimation to find even less well-known titles. However, Hulu is an excellent stop for anyone wishing to see both classic TV and anime shows.

Look at some of the most popular anime currently streaming on Hulu! However, you can also find a list of Hulu anime that the streaming platform recommends.

Since its release in 2009, One Punch Man has been a fan favorite among anime enthusiasts. The subsequent manga has sold over 25 million copies worldwide, telling you all you need to know about its astonishing popularity.

It follows the story of Saitama, the strongest superhero on the planet who can defeat any enemy in, you’ve guessed it, a single punch. Of course, being the strongest has its drawbacks. Saitama can’t help but be bored out of his mind.

If you love action anime with superb comedic timing, One Punch Man is the anime for you.

Attack on Titan isn’t for the light of heart. It’s an action-packed anime that constantly keeps you on the edge of your seat.

First released as a manga, this anime is set in a brutal world where humanity is forced to live behind thick walls that separate them from enormous monsters known as Titans.

Naruto is a classic anime that has won millions of fans worldwide. It’s got action. It’s got comedy. It’s got drama.

Aired from 1999 to 2014, Naruto is about an eponymous young ninja with the soul of a powerful Nine-Tail fox trapped inside him. Naruto has only one goal – to become his village’s leader one day.

You can follow along with the original Naruto, part two, Naruto Shippuden, and part three, Boruto: Naruto Next Generations, on Hulu.

As one of the highest-grossing media franchises, Dragon Ball is one of the absolute best anime you can watch on Hulu. With the original series being aired in 1986, it’s probably the reason why you got into anime in the first place.

While you can enjoy the original Hulu series, you might also want to check out Dragon Ball Super. Six months after the protagonist Goku and his friends defeated Majin Bau, they were attacked by the god of destruction, Beerus. They must once again come together to save the world.

Although it’s a somewhat older anime, first released in 1997, Cowboy Bebop remains one of the best anime ever created.

With the story set in 2071, you’ll enjoy following along with the protagonists, Spike Spiegel, a former hitman, and Jet Black, a former Inter Solar System Police (ISSP) officer, as they hunt criminals around the space.

A mixture of science fiction, western, and film noir, it’s an anime you just must see.

One Piece is one of the longest-running anime you can enjoy on Hulu. Originally released in 1999, new episodes are still coming out to this day. Just recently, the anime celebrated the release of its 1000th episode.

You’ll undoubtedly enjoy the pirate adventures of Monkey D. Luffy as he’s set on his mission to find the One Piece, the world’s most quintessential treasure.

How to watch anime on Hulu

If you want to watch these anime series and more on Hulu, you’ll have to subscribe to one of its monthly plans. The basic subscription (with ads) will only cost you $6.99 a month, and if you want to watch ad-free content, you can upgrade to Hulu (No Ads) for $12.99 a month.

You also have plenty of bundle options where you can combine your Hulu, Disney+, and ESPN+ plans into a single, more affordable subscription.

The only problem is that Hulu is only available in the US. If you live or travel outside the US, you won’t be able to access any content, at least not without having the tools to unblock Hulu. A Virtual Private Network can hide your location and make it look like your traffic comes from within the US. It is a powerful application for ensuring you always have access to your favorite titles, even when traveling abroad.

There’s no shortage of immersive anime you can enjoy on Hulu. Regardless of your preferred genre, you’ll quickly find something that matches your interests. Get a reliable VPN if you want to keep up with your favorite titles when you travel outside the US.