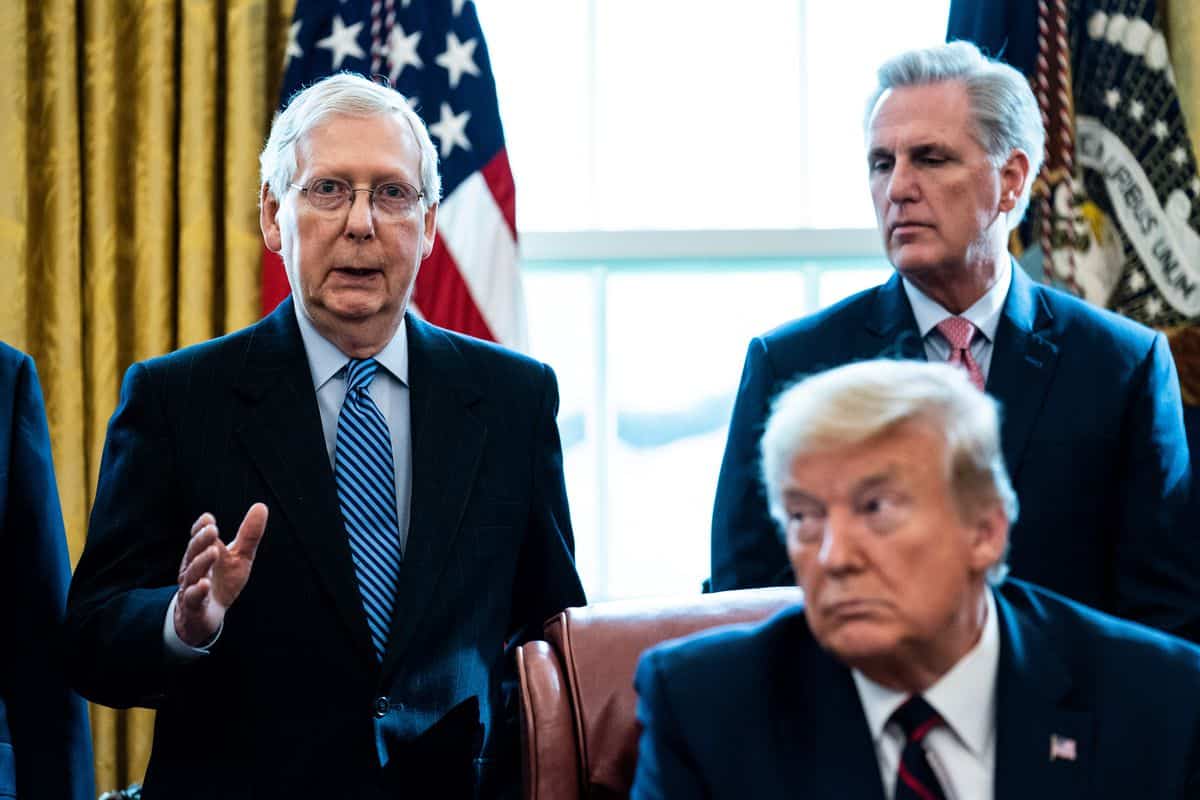 Greenfield is being shown as a threat to national security because of the protests and riots she has been a part of during the case of George Floyd. People have their mindset and are loud. They want their things to be heard and thus end up doing things that create a problem for them.

A burning flag and people are shouting from their homes, coming out on the streets and shouting the mob wins. These are the glimpses of the new ads that are portraying Greenfield as destructive and also as a threat to national peace and security. The ads have been launched, and they straightaway portray that the democrats are anti-nationals and anti-police. They support Greenfield and have been going against the police and law. But the Democrats, on the other hand, have clearly said that the Republicans will have to look after several facts and figures and still they will not be able to prove this thing right. You cannot sell a lie, and it is not that easy to put your words and thoughts in the mind of the people. When you want to be clear and want to be sure, you need facts to prove, and the republicans do not have anything on papers that can prove the democrats to be anti-police.

Stacey Walker, who was the first Black person who was elected to Cedar Rapids’ Linn County Board of Supervisors, had also said he favors Greenfield but that they disagree on whether to defund the police or re-prioritize police spending as he calls it. The claim that Teresa Greenfield advocates the defund campaign, or comes anywhere close to it, is unfounded and absurd; I can tell you as a democrat who is actively interested in social justice politics. That’s not where she’s at. Teresa and I have spoken about the social disparity, and her attitude to police policy appears to be more measured than where people on the radical left are, which I would argue conservative.

The Democrats have clearly said that it is mere politics, and Trump is trying hard to win. He knows that Biden is a strong competition, and if he wins, Trump will be swept off and will not be given any kind of power because of his attitude. Hence he is making it difficult for the democrats to enjoy a calm life and giving them an absurd thing to face every day. Greenfield is strong and understands the scenario. She has come up clear and is vocal about her perceptions. Greenfield, together with other programs that counter socioeconomic inequalities in policing, employment, schooling and health care, has said she advocates legislation that would de-escalate police behavior. As recent polling shows, the race with their challenger, Republican Sen. Joni Ernst, has no strong front-runner; her campaign ignored the threats as a sign of desperation.

It was obvious to Theresa that she did not favor defunding the police. Ernst just spreads these baseless smears because she’s down in the polls and eager to divert Iowans with pre-existing conditions from her failing record of pushing for cut health care rights and being caught secretly working with a dark money campaign set up by her top aides. It is very hard to degrade a woman who knows what she is up to, and this can cause Trump to lose a lot of female voters. He is just not degrading a loyal woman but is also trying to portray her personality negatively. Some people believe that the most important issue in the country is racism, and you just cannot avoid it. The republicans think that these ads can help them win the independent voters, but this is not true. The people are disappointed, and also being the followers of Greenfield, they demand the ads be taken off.

Some people love to live in peace, and they do not believe in violence. Hence when you show such ads, it disturbs then, and this is not the correct way of winning. If you want to win, you must keep all the citizens in mind and then decide on something. Portraying a woman as a villain will not serve the purpose for you. One of the officials said that all these things would go against Trump. He is not taking things seriously now and has become a part of dirty politics. Biden, who is all enjoying and playing it healthily, is also surprised about the immature behavior of the President. It is about your country, and you need to be serious about it. You just cannot do anything that is for your good and make the people suffer. After Floyd died in Minneapolis, Minnesota, in May under the knee of a police officer, after he was arrested for reportedly using a bogus $20 bill at a grocery store, the discussion about racial inequality in America was re-energized.

According to a new report by the US Crisis Director at Princeton University, more than 90 percent of the subsequent demonstrations have been peaceful. Yet others became aggressive, and the report noticed that almost 12 percent of the time, the counter-responses of the Black Lives Matter movement were aggressive. Though it was nothing wrong that they did, if you see it from the safety point of view, then yes, it was not required. The case could have been avoided, and the violence could have been suppressed. Gideon was targeted on the issue by Republican Maine Sen. Susan Collins’ campaign, unfairly claiming she voted to defund the police while she voted to increase higher police budgets.

The latest NRSC ad continues on the same topic after Gideon and suggests that you can’t believe her. It states that she hired workers who contributed to the Minnesota Freedom Fund. This organization provides bail for individuals who have been arrested and pending trial. She attended a fundraiser with Tom Steyer, a billionaire who formed a company called NextGen America, which funded the defunding of the police. Now, these facts prove something serious and are a matter of concern.