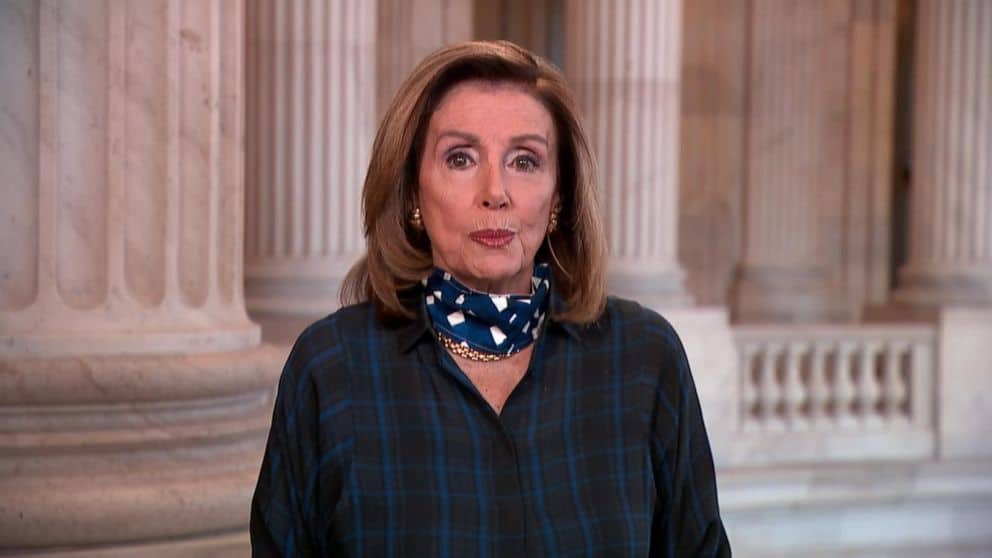 On Sunday, House Speaker Nancy Pelosi saiZd she would not manipulate a shutdown government to slow down the drive of Republicans to fill the vacancy of the Supreme Court following the death of Justice Ruth Bader Ginsburg. Pelosi told ABC’s George Stephanopoulos on This Week that none of us has any interest in shutting down the government, which has such a negative and shameful effect on so many people in our country.

It is a big decision, and it has to be done on time. You just cannot go ahead and give the results or nominate anyone. Pelosi said that Trump should wait till the results are being announced. If he is trying to cover up something them, this will be a huge blunder for him. In less than 24 hours of the death, how can you just bring up a campaign in pressure and discuss the nominees’ names? There are rules that you are supposed to follow. Else you will have to face the repercussions. Pelosi is known for her strict and to the point remarks, and she did not leave the President this time.

When everyone wants to let it go with the pace, Mr Trump is all set to name the nominee. The only thing no one can understand is the reason behind the hurry. Asked if the Democrats could slow down Senate Republicans somehow, Pelosi said Sunday; Everybody should get out and vote. And again questioned on what Democrats should do, the House speaker said: We have our choices. In our quiver, we’ve got arrows that I’m not going to explore right now. This is a huge position and cannot be given just like that. You have followed norms, and after the proper analysis is the seat allocated to the deserving one.

Less than 24 hours after the 87-year-old justice’s death, Senate Majority Leader Mitch McConnell and President Donald Trump were engaged in a lobbying campaign to keep the Republican conference together and drive a nominee through the Senate Judiciary Committee and to a full Senate vote by the end of the year. With the citizens and the government officials all set to wait until the results’ declaration, Trump is all set to declare the name before the results. The biggest question that arises is who that name is going to be off.

Americans have a clear vision, and they can see Biden as their next President. Does everyone know what the result is going to be? Then Mr Trump, why are you in such a hurry? Are you trying to hide something, or are trying to cover up. Meanwhile, Democrats started debating their options on Saturday, with senators all vowing a furious fight to hold the seat vacant until next year when a new Senate convenes and when the White House could be filled by Joe Biden. Although no clear course of action was detailed, Democrats said they intended to participate in an all-out fight to stop the nomination.

On Sunday, Pelosi said Trump is moving too fast to fill Ginsburg’s seat because, on November 10, Supreme Court oral arguments on the Affordable Care Act begin. The Affordable Care Act ( ACA) is the systematic overhaul of healthcare that President Barack Obama signed into law in March 2010. The legislation, officially known as the Patient Safety and Affordable Care Act and simply Obamacare, provides a list of health-related regulations aimed at expanding health insurance coverage to millions of Americans who are not covered.

The Act expanded eligibility for Medicaid, established markets for health insurance, and prohibits insurance providers from refusing coverage (or charging more) due to pre-existing conditions. It also enables kids to stay on the insurance plan of their parents until age 26. For individuals who qualify, the Affordable Care Act was intended to will the expense of health insurance coverage. To lower premiums for lower-income people and households further, the legislation provides premium tax credits and cost-sharing reductions.

Each month, premium tax credits lower your health care bill. Reductions in cost-sharing reduce the out-of-pocket costs of deductibles, copays, and coinsurance. They also decrease the gross out-of-pocket, the average amount you pay for insured health costs in a year. This requirement served the double function of expanding healthcare to uninsured Americans and ensuring that health insurance premiums were funded by a sufficiently large pool of insured individuals. On January 20, 2017, in his first executive order since taking office, President Donald Trump indicated his intention to defuse the Affordable Care Act, saying that heads of executive agencies should ‘delay the introduction of any provision or obligation of the Act which would place a tax burden on any State.

This is not about coronavirus, the President thinks. The President is scrambling to make some sort of decision because it’s when the oral arguments on the Affordable Care Act started on November 10. He doesn’t want to crush the virus. She said he wants to destroy the Affordable Care Act. If a candidate is rushed through before the next President and the Democrats gain a majority in the Senate, some Democrats have called for an expansion of the Supreme Court. Asked if Democrats will consider adding more seats to the Supreme Court if Trump’s nominee is approved and Biden wins the 2020 election, Senate Minority Leader Chuck Schumer said at a Sunday evening news conference that Democrats gain a majority, all is on the table.

Yeah, it’s going to be a decision that is coming to the Senate. We’ve got to win the majority first before it can happen, but God willing, it’s all on the table, but once we win the majority, Schumer said. However, Pelosi did not comment directly on the suggestion earlier Sunday, saying that our primary objective would be to protect the legitimacy of the election, and I think Ruth Bader Ginsburg would want it. So, she said, let’s just win this election. Let’s hope the President gets to see the sun. With remarks from Senate Minority Leader Chuck Schumer, this article has been modified.