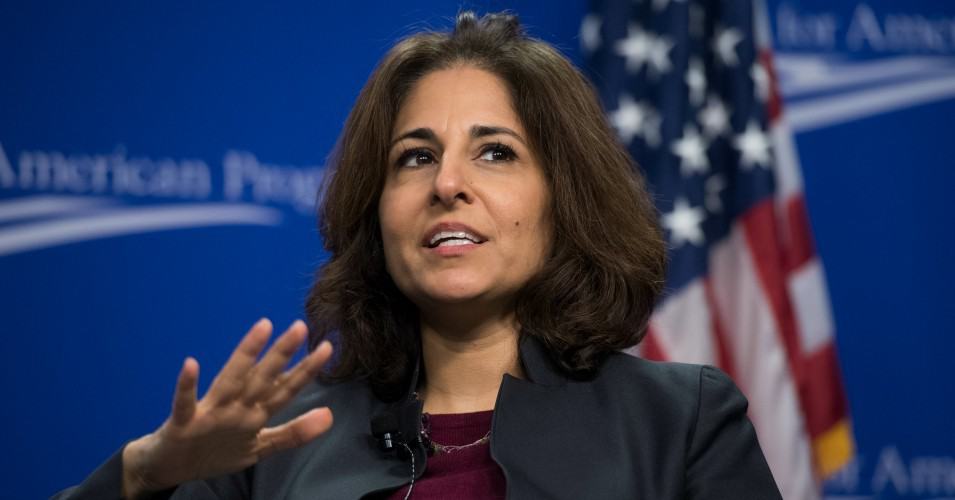 President Joe Biden has nominated Neera Tanden to lead the office of management and budget. But the nomination is now in limbo, at least for the next week.

According to Democratic Sen. Gary Peters, who is the chairman of the Senate Homeland Security and Governmental Affairs Committee, the panel will not make any decisions regarding the stalled nomination until next week.

He said that the members of the panel were given a bit additional time to assess the qualifications of her nomination. The panel is not going to decide right away about her leading the office.

Tanden’s nomination faced trouble last week from the Democratic Sen. Joe Manchin of West Virginia. He opposed the nomination and said that Tanden’s partisan statements during the Presidential campaigns on the Republican senators and against Vermont Sen. Bernie Sanders can result in a toxic relationship between the OMB and Congress.

He said that any Democratic defection should be replaced by a Republican vote which has not yet happened in a 50-50 senate.

Another Democratic Senator, Krysten Sinema of Arizona, who happens to sit in Peters’ panel, is also not committed to vote for Tanden’s nomination. This resulted in abrupt scrapping of its vote by the panel. She was given more time to decide on her stand regarding the nomination.

Sinema refused to comment over the matter when approached.

Though it seems that the White House is considering alternatives to Tanden privately, but in public, they are showing their support to Tanen.

Press secretary Jen Psaki said that Tanden is a leading policy expert. In a time of unprecedented crisis, Tanden has brought critical qualifications with her.

He also stated that Tanden’s nomination is supported and fought by the White House. He also declined the characterization of the postponement of the committee vote as a setback.

At the nomination hearing, Tanden apologized for some of her tweets when the insulting remarks on the Republicans made by her were read aloud by the Ohio GOP Sen. Rob Portman.

Sen. Rob Portman asked Tanden how is planning to mend the fences and build a good relationship with members of Congress who were attacked and insulted by her in public statements. He read some of the comments while pressing that these are only a few remarks from the thousands of negative public statements given by her.

She had publicly called Susan Collins to be the worst; Tom Cotton was declared a fraud. She compared Ted Cruz with vampires. Leader McConnell was called voldemort with many other insulting remarks for the Republicans.

According to Ron Klain, chief of staff, Tanden might be appointed to some other office that does not require the Senate consideration if the panel does not confirm her.

Republican Sen. Lisa Murkowski of Arizona has also expressed concerns regarding the social media history and negative public statements poated by Tanden. While targeting Tanden and her Twitter statements, Murkowski said that they should not be setting such a model about numb tweeting by any nominee or President or a Senator.

Neera Tanden’s career profile appears to be quite good for the management and budget office. She has worked as a CEO and president for the left-leaning Center for American Progress. During the Obama government, Tanden was a senior adviser at the United States Department of Health and Human Services. At the place, the main focus was on the Affordable care act. She was also the policy director for Hillary Clinton during the 2008 presidential campaign.

Her nomination is stuck until early next week.