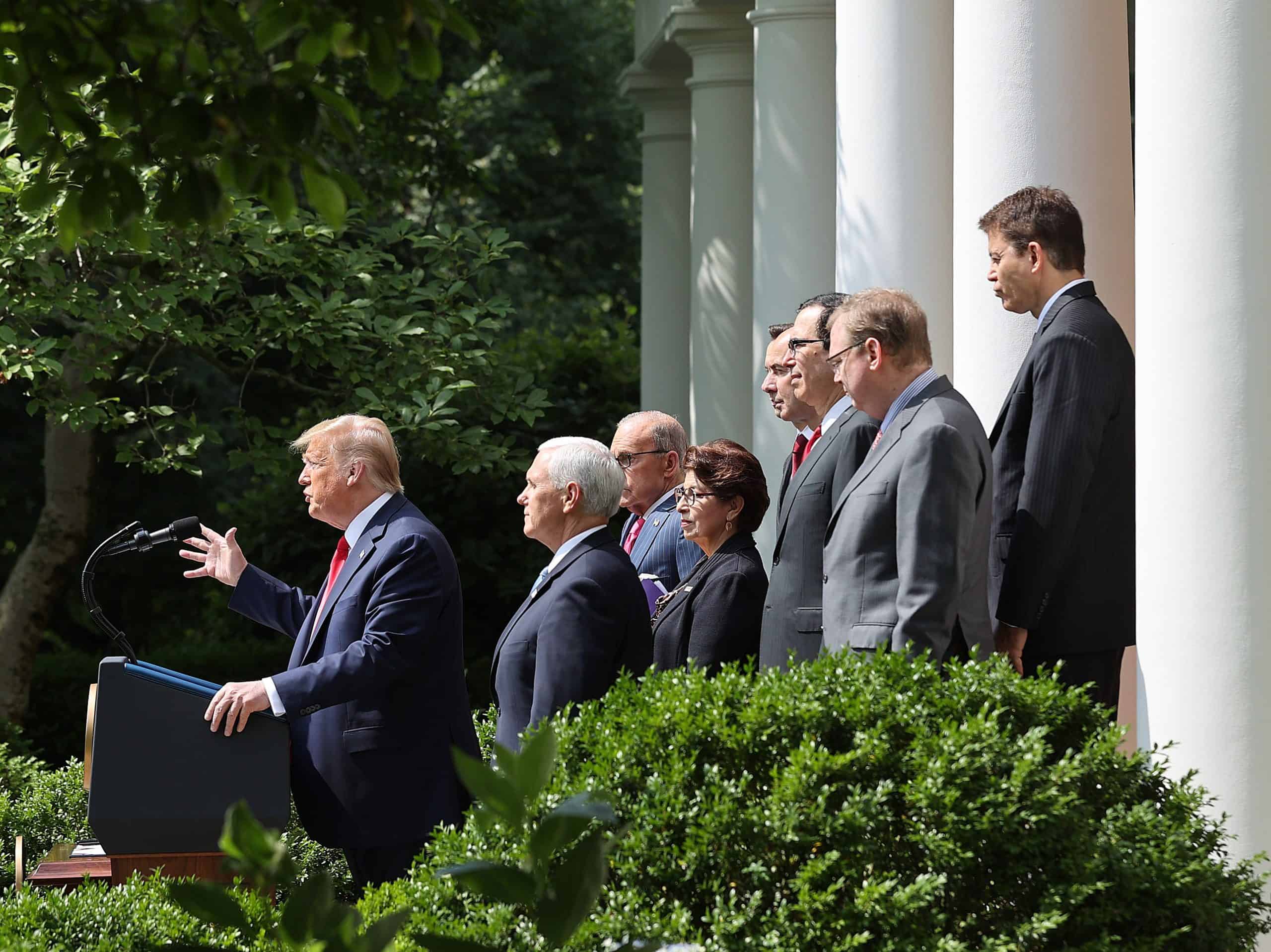 In assessing political risk in emerging markets, investors often look at factors such as the stability of the government and the soundness of its economic policies. In developed nations, they assess things such as proposed changes to the tax system and the resulting impact on corporate profits. According to reports, There were two; one friend liquidated her entire stock portfolio after President Barack Obama was elected. The other friend sold out in 2016 after President Donald Trump was elected.

Despite my pleas to the contrary, both women cost themselves a cushier retirement, not to mention a “forced error” capital gains tax bill. Signifying the injury these women caused themselves: Significant forgone capital appreciation and a hefty tax bill incurred while forgoing the capital appreciation. So a loss situation. Let’s examine the facts. After election night on Nov. 4, 2008, through election night Nov. 8, 2016, stocks measured by the S&P 500 – appreciated 153.3%. So much for my friend’s feared Obama Administration sell-off.

Her tax bill is unknown to me, but I am sobered by the lost opportunity to increase her asset base by over 150% over the ensuing eight years because of that 150% increase compounds into the future. Since Trump’s election in 2016 through Friday, the S&P 500 is up 72.8%. About half the Obama S&P’s return in half the time. Being a stock investor in either administration has yielded compelling returns.

There are a few different variables that can affect the stock market performance:

Keeping an eye on which sectors are most likely to be affected by the presidential election (like healthcare) is smart. But there’s no need to panic about market volatility during election season. Hainline points out that increased volatility has become more woven into the investing landscape even without the upcoming election — and that it might not necessarily spell bad news, especially when the economy is otherwise sound.

“If it’s the uncertainty that causes prices to move widely, then that may also create an opportunity to buy equities,” Any volatility could be used to meet your “long-term goals at a better price that can potentially give you better-than-average returns over time,” Remember, stock prices generates positive returns in two-third of the annual periods.

While the drama of a presidential election can make your imagination run wild, what you need to watch is ultimately how policies will affect the domestic and global economies. Although a few investment opportunities may arise through an understanding of volatility and performance patterns in election years, “Returns are made over a full business cycle, which is longer than even one presidential term.” History shows that the market will likely have something to say about all that uncertainty over the long term.

As millions of American face expulsion, other buy luxury during a pandemic. Corona virus pandemic is likely to leave a legacy of fear and uncertainty that’s hols back the economy for decades. The U.S. economy suffered its biggest loss since the Great Depression in the second quarter as the COVID-19 pandemic shattered business spending and customers, and a nascent recovery is under threat from a resurgence in new cases of corona virus. However, there is a search among investors for a way to price without risk, and as of April 2020, there are too many unknowns environments COVID-19 for investors to predict the economic impact, which eventually leads to fear and extreme volatility.

The conclusion from the above example, one can reach is that both women jeopardize their retirement assets by missing significant returns.  They face capital losses, as well as created for the hefty tax bills, to be considered in April. But when it comes to investing, one can easily depict the condition and work accordingly as the decision of when to buy a stock needs a lot of investigation, but one knows when is the appropriate time to sell a stock. There are three primary reasons for a long-term investor to sell: the buy was a mistake, the price has risen dramatically, or the current price is no longer supported by fundamentals.

Emotion and human psychology can sometimes get in the way of making a smart decision, so stay attuned to the data (and not your feelings). Knowing the facts will provide us with the wherewithal to make better investment decisions for our future. Rather than adopt an all-or-nothing posture, consider alternate strategies. Ban yourself from altering your investment plan (have a trusted friend change your account password). Find an accountability partner who will keep you long stocks. Or consider using options to protect your portfolio.

Dan Clifton, at Strategas Research Partners, calculated the data for the S&P 500 from 1933-2019 according to the corresponding partisan combination. (2001-2002 are excluded because the late Vermont Senator Jim Jeffords switched parties in June of 2001, creating a Democratic Senate with a Republican House and Republican White House for 1.5 years of data – too short of forming any conclusion.)

The top-performing partisan divided government is a democratic president, democratic senate, and a republican house. A very close second is the mirror opposite: A republican president, republican senate, and a democratic house. The performance difference between the two is minuscule. The market has a nose for growth. It will figure it out, as will the management teams of the companies in which you own shares.