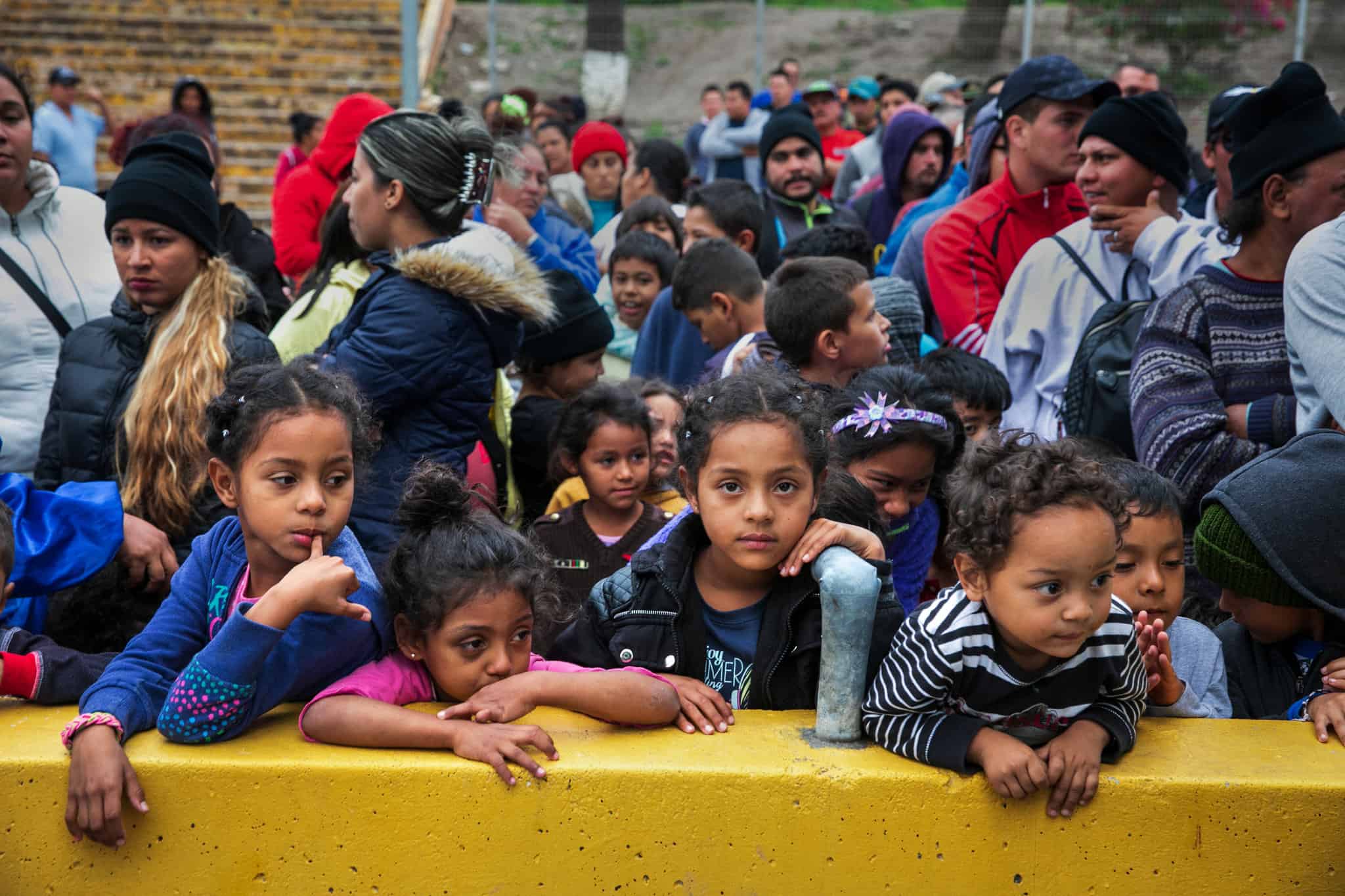 According to US Border Patrol officials, thousands of unaccompanied minors are arriving at the US-Mexico border in recent weeks. The agents are apprehending nearly 153 young migrants every day since October, which is a massive rise from about 80 per day earlier this year. What is even more concerning is that smugglers are using riskier tactics to get the young migrants across the border.

Officials said that a large number of those young unaccompanied minors were under the age of 12 and some were even as young as a few months old. Officials added that they managed to stop around 10 migrants under the age of 14 in South Texas. Even though the numbers by themselves are alarming, the concerning factor is the age group of the young migrants as most of them are in the tender-age group.

Similar surges were seen last year and also during 2014. But earlier, the minors turned themselves into the border agents when they crossed the US-Mexico border. However, of late, the smugglers are trying to sneak the minors into the US through remote areas of South Texas, and they are often hiding the migrants in stash houses.

Officials say that agents have uncovered dozens of immigrants who were smuggled through horse trailers or were buried under hidden floors of trailer trucks. Last month, they found four unaccompanied juveniles among 38 other immigrants in the Rio Grande City of Texas. The migrants were kept in stash houses, and border intel agents say that there are many more to come in this manner in the next few weeks and months.

According to US law, unaccompanied minors need to be kept away from other immigrants and processed separately. This has become a challenge for the border officials as managing them during the pandemic is a risky task. The covid shelter homes are getting crowded as children are arriving in large numbers in the last few months.

According to the US Office of Refugee Resettlement, even though the agency has around 13764 beds for minors, only about 7971 are available at the moment due to Covid 19 restrictions. In this situation, it is getting difficult for them to manage the large influx of refugees at the border. As per the 2008 anti-trafficking law, the border agents are supposed to hand over the minors to the resettlement agency within 72 hours after apprehending them. The agency will hold them temporarily and further handover them to relatives or guardians in the US.

Till last month, the federal agents were able to expel young people under the Title 42 policy of the Trump administration. This allowed the agents to send the minors back to their countries due to the fear of coronavirus spreading across the border to other detainees and rural areas of the US. However, several activists raised concerns over this approach as the unaccompanied children were not given any legal option before sending them back to their place.

The federal courts later revoked such provisions for the officials as the children were stripped of their legal protection due to the Title 42 policy. Since March, the government has expelled more than 200000 migrants that included 8800 unaccompanied minors.

While several border officials argued that doing so protected the agents from the coronavirus, many activists believed that it was an excuse to expel the migrants without giving them any legal option to defend themselves in the court. Since the beginning of the pandemic, three border patrol agents and one contractor have died due to the Covid 19 pandemic. Other than that, the Customs and Border Protection has lost about 18 staffers this year due to the pandemic.

According to the Title 42 policy, the migrants were expelled without giving them a fair trial option, and they did not have a return path to asylum in the US. Activists urged that they were not able to get in touch with expelled children and this is disturbing. However, the officials have argued that children were kept in covid shelters as per protocols.